What does it take to be a true detective? HBO’s third installment of their show True Detective takes it up a notch in the crime anthology drama category. Separated from its previous installments,True Detective follows two detectives in three different time periods attempting to find the truth behind the disappearance of a boy and girl from Arkansas in the 1980s. New to the show is actress Lauren Sweetser, who adds a complex and rich character to a drama that will keep you on your toes.

“At the root of it is what makes a true detective. I think they do a really good job this season of making you answer that question for yourself. I have seen the first two episodes so far and these characters are so rich. I think people can expect to see incredible performance, very good production design and great writing,” said Sweetser.

Sweetser plays a character by the name of Isabell who is seen later in the show. Although, she admits she can’t give much away about her character and her role. Certain plot elements are kept secret in order to maintain the suspense.

“She is an extremely interesting woman. It was such a joy to work with Daniel (Sackheim) and collaborate to make a very complex, but beautiful character.”

Having been a fan of season one of the show, Sweetser was instantly attracted to the role. She praises the show’s executive producer and writer, Nic Pizzolatto, for his creativity. “I just loved how Nick created this world that can be different every season. The incredible performances and writing instantly drew me to it. Everyone is on top of their game on a show like this.”

Sweetser is not the only one attracted to the show. True Detective leads viewers on a path of uncertainty, mystery, suspense and even has you questioning what clues you might have missed. Sweetser describes the show as something that never really leaves your mind. She often finds herself still thinking about the show hours or days after the episode finishes airing.

Having been a dancer since she was a little girl, Sweetser always had a creative outlet, but it wasn’t until high school that she really found an interest in acting. “I was carpooling with a friend of mine and she said her mom was going to be late because she (her friend) was auditioning for a play. She suggested I should audition for it too. After a nudge in the right direction, I thought “Why not?” After auditioning, I ended up getting the part!”

Sweetser jokes that it was a funny experience because she got the role her friend was originally auditioning for. Having been a lover of movies and an avid cinema goer (she even keeps the movie stubs she collected as a child), Sweetser fell in love with acting.

Movie roles haven’t always come Sweetser’s way in the most conventional way. She took the opportunity to do a movie where she lived in Hawaii for two months after being approached by two regulars at an Irish bar she was bartending at who turned out to be AD and line producers.

“I never thought I would get a role, but things work out how they’re supposed to. I’ve had a lot of strange things like that in my life where I’ve been in a completely different position and get offered to do a movie or meet a producer. Those things keep me on my path knowing I’m doing the right thing.”

Sweetser is certainly on the right path having taken part in numerous movie projects. She just wrapped up a guest appearance on NCIS and produced and starred in the film Riot Act, which will be available on DVD and streaming platforms in the coming months.

She stars in a film called Sweet Inspirations where she plays a survivor of domestic violence. For Sweetser, this film and plot is close to her heart. “I worked with women and children of domestic violence in college and a few different philanthropies for them. This was one of the roles where it all came together.”

In the future we might see Sweetser on HBO’s Westworld, a show she is absolutely obsessed with. But for now, catch her on True Detective and find out for yourself what her character Isabell is all about. 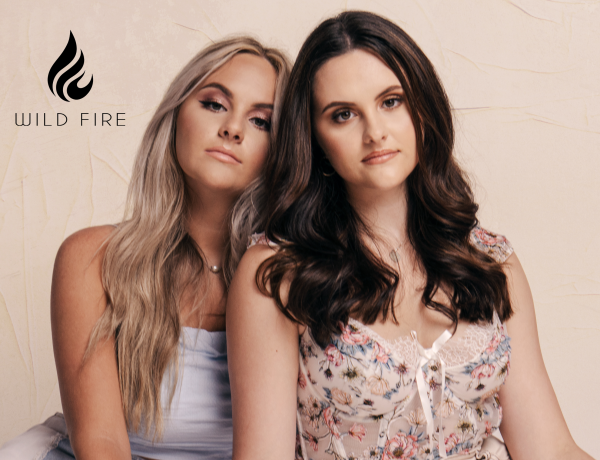 Jai Rodriguez is as Fab as Ever in “Dollface” and “EastSiders”

How Spotify Changed Everything

The New Year Natural - A 2019 Guide to Outdoor Partying