Stunning Scottish singer/songwriter beams into our Indian Summer with a tropical musical sequel to her debut release of last summer.

Sun-drenched and basking in seductive sunbeams, Scottish singer/songwriter, Rachelle Rhienne, splashes into our Indian summer with a tantalizing musical cocktail that’s clearly bound for tropical shores; her stunning new track, ‘Contigo’ is released on 28 September.  A follow-up to her sizzling summer hit of 2017 entitled, ‘When The Sun Goes Down’, which introduced Rachelle Rhienne framed against lavish turquoise seas and golden sands,  ‘Contigo’ is the 2018 sequel, which is quite literally a passport to tropical climes.

Picture rainbow birds of paradise, cocktails oozing from coconuts and sun drenched islands boasting bronzed-bodies like sprinkles of brown sugar on their glittering beaches…from Morocco to Puerto Rico, ‘Contigo’ is a round-the-world-trip that will entice everyone on its musical journey.  A collaborative penning by Bright Star label mates, Rachelle Rhienne and Nina Schofield, alongside James Birt (with James Birt also on production), ‘Contigo’ is the ultimate summer vibe which traverses deliciously from radio to club with it’s dance mixes from Rare Candy and House of Virus.  Seduced by the charms of a lover in Puerto Rico, ‘Contigo’ is Rachelle’s plea to her South American sweetheart to whisk her around the world on a life-long sun-drenched romance.

Rachelle also self-directed the video to ‘Contigo’, working with local Scottish dancers from the ‘Dance Off Academy’, shooting scenes in various locations around the world to give a truly global feel.

23-year-old Rachelle Rhienne is an award-winning singer/songwriter from Loch Lomond.  Creating catchy up-tempo pop tracks, with subtle influences of soul and R&B, her strength lies in writing those big, emotional power-ballads with lyrics that tell a story and touch people with their melodies. Passionate about the Spanish language, Rachelle has translated several of her songs into Spanish, performing them in Spain and gigs around the UK including King Tuts, Glasgow Armadillo, The Hippodrome (London), Ronnie Scotts and various venues across Europe.

A prolific lyricist, many of Rachelle’s songs have won her awards in song-writing competitions, but she officially came to the attention of the industry in 2015 when she won a national Future Music Song Writing Competition for her track ‘The Chance To Say’.  The spotlight was glaring and it didn’t take long before Rachelle was snatched up by Kris Mitra of Bright Star Records and plunged into the gorgeous world of studio recording.  ‘When The Sun Goes Down’ was the first of a series of single releases to result from those sessions and was released last August.  The reaction to Rachelle’s breath-taking appearance in that debut video caused such shockwaves, that the label are turning the heat up this summer with a sequel to that first summer release.

Now Rachelle is ready to take on the world, so grab your passports and let Rachelle fly ‘Contigo’! 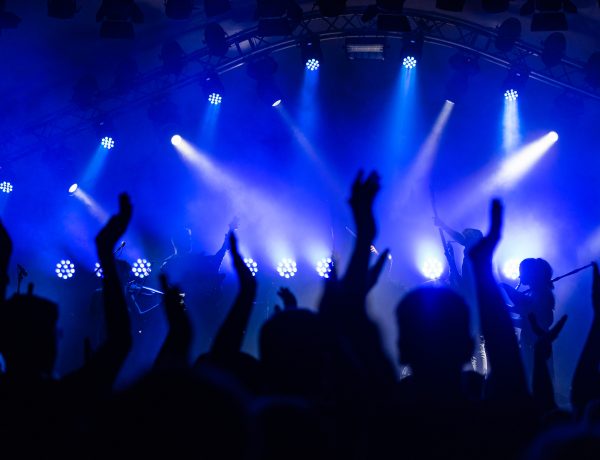 4 Most Popular Music Genres in the World