Actress Victoria Konefal made waves when she was cast as Ciara Brady on the hit soap, Days of Our Lives. In a few short months, she’s not only garnered a loyal fanbase, but picked up an Emmy pre-nom! We talked to Victoria about fan reaction, her deep passion for music, and hopeful future roles with Angelina Jolie.

You were crowned Miss Poland USA 2015! What inspired you to take the leap from beauty pageants to acting?

There was no leap. It’s always been acting for me. I’ve been acting since I was seven years old. I have never been passionate about pageantry; it was never one of my goals. My mom just suggested I enter out of the blue and I thought it would be a fun thing to try. I also thought it would be nice to get in touch with my Polish roots and participate in something that would make my mom proud. Quite honestly, I had no idea what I was doing. I didn’t even expect to win! If you saw my face when they announced my name you would have seen a look of complete and total shock. Seriously, during the interview portion I walked forward towards the microphone when it wasn’t even my turn. They called the name of the girl two people ahead of me. I have no idea why I thought it was my turn, I just did. I laughed it off and apologized, and the judges laughed along with me. Looking back at it, maybe that’s the reason I won. I mean, who doesn’t love to laugh?

Most recently, you were cast as Ciara on Days of Our Lives. Was it intimidating to join such a long-running show that has a dedicated fanbase?

It wasn’t intimidating so much as it was a learning experience. I like to call it acting boot camp. Being a part of a show with so much airtime trains you to get a lot of material done in a short amount of time, and that work ethic was definitely something I had to get used to.

How would you describe your relationship with the other cast members on set?

There is not a single person on set that doesn’t have an amazing heart. We all have so much love and respect for one another. It’s a beautiful thing to be a part of.

I wasn’t sure what kind of fan reaction I would get because I took over the role for another actress. I wasn’t a recognizable face with the audience, so they didn’t associate me with whom Ciara was to them. The fans welcomed me with open arms despite that. They were incredibly supportive of me and continue to be. I feel blessed to be on a show with such a dedicated audience.

You’ve previously worked on films, including The Wrong Crush and Deadly Exchange. Are there any differences between filming a movie and a soap opera? Do you prefer one format over the other?

Like I said earlier, soap operas shoot a lot of material in a limited amount of time. Soap operas shoot at a more accelerated pace than movies, and we typically get one take to shoot each scene whereas in film you get 3-4. Both are unique experiences so I can’t decide what I prefer, but I’m appreciative to be in a position where I can do both.

According to your Instagram, you’re a self-described “music lady.” Do you make music yourself?

I’ve always been drawn to music. I’m the person that can’t sit still when I hear a song that gets my blood going. When I hear the right beat, I can lose myself in the song. Music is powerful. One of the most exhilarating moments of my life was seeing Hans Zimmer live. In terms of actually making music, I’ve been dabbling with it for about a year or so. I didn’t realize how difficult it was to compose a song until I actually sat down and tried. Songwriting involves practice, so I’ve just been focused on trying to find the right words and developing my sound. I’ve been playing around in the recording booth, and I’m hoping to have a solid EP out soon.

Who are some of your favorite music artists?

My taste in music is very vast. It’s all about whatever I’m feeling at the moment. I’ll find one song or one artist and listen to them for a month straight if I fall in love with the sound. Right now, I’m listening to a lot of Eminem. Quite honestly, I always make time to listen to him. I’m also into Kendrick Lamar, Jessie Reyez, and Jon Bellion at the moment.

What actor or actress would you love to work with?

Do you have any projects or personal milestones coming up that you’re excited about?

I’ve just been pre-nominated for an Emmy! The final nominations haven’t come out yet but regardless, I am so honored. I had only been airing for a month at the time of Emmy submission so that made it all the more exciting.

All I can hope for is to continue to grow as a person and an actress. I just want to live up to my greatest potential.

Days of Our LivesVictoria Konefal 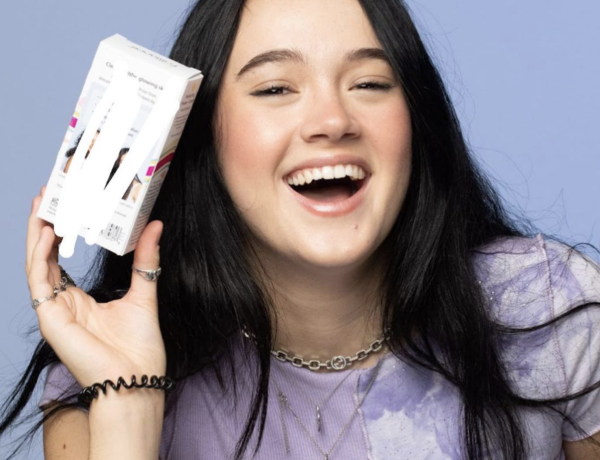 The World Turns To Jay Wertz