The world of beauty is being magically redefined by founder and CEO of Lime Crime Cosmetics, Doe Deere. Gone is the idea of cosmetics being used to cover up imperfections or flaws—instead, it is replaced with the sole purpose of representing one’s style and personality. Makeup has a new play time thanks to the creative mind of Deere herself. Her fresh perspective focuses on embracing who you are and how you feel in the exact moment that you are in. This is where Lime Crime Cosmetics comes in.
Run by a team of makeup lovers based in Los Angeles, this beauty brand is reclaiming the idea of what exactly is “cool” and “acceptable.” Lime Crime’s line of colorful, cruelty-free, and uniquely named cosmetics are the epitome of what Deere’s vision is. From bold nail polishes and eyeshadows, to vibrantly stunning lipstick, like the famous “Velvetines,” Lime Crime is surging forward within the industry in a whole new way.

Not only has Deere’s company put a refreshing spin on what beauty should be, but it has also made an incredible impact in the cyber world. Whether it is Instagram or Twitter, the social media platforms of Lime Crime have gained over 2.5 million followers from all across the world. The count consists of beauty aficionados, makeup newbies, and young girls who are simply inspired to be who they are without any fear at all. Be beautifully you, no matter if that means wearing a bright blue lippie like “Crybaby” or a colorful eyeshadow palette like “Venus.” Deere is totally cheering you on.
Cliché: Lime Crime Cosmetics is a whimsical, stellar hit in the beauty world. What inspired you to make Lime Crime this magical and colorful brand?
Doe Deere: I’ve always been into color and fairy tales, and kind of whimsical, magical themes since I was little. I remember that I wanted to be a mermaid when I grew up. I remember loving color so much that I just wanted to put as much on me as possible; whether it was the cosmetics, which I would get from my mom, or clothes—so much color, color, color. Back in 2008, when I launched Lime Crime, I got to the point where I just couldn’t find the colors, textures, and performance that I wanted in makeup. But I wanted it so badly that at one point, I realized the only way I was going to have that makeup was if I created it myself. So that’s exactly what I did.
How do you keep your products always innovative, fresh, and one-of-a-kind?
I would say probably because everything we make comes from me. I create and develop every single product, and wear them myself until I feel that they are absolutely perfect. ​I feel that it isn’t good enough for my customers until it’s good enough for me. It’s back to the drawing board until it is.

What products in the line do you believe are must-haves for anyone out there who’s new to this brand?
I would say definitely the ‘Venus’ palette and the ‘Velvetines.’ Let me tell you a little bit about both. ‘Venus’ is the eyeshadow palette that came out last fall, and it sold out within seven days, so we made more, and then it was gone in three days, and then we were out of stock for months. So it just immediately became an iconic product. There are eight shades that line with the grunge trend, so they’re all kind of rusty and red- and brown-based. It’s kind of like an edgier version of neutrals. It became a staple for every trendsetting girl on Instagram. A lot of girls still tell me that it’s their daily go-to palette, which is really cool.
And then the ‘Velvetines’—you know the liquid-to-matte craze that kind of swooped into the world of the Internet the last couple of years? We were responsible for that craze, at least partially, we’d like to hope. We really perfected that product and that formula. It goes on like a gloss and then it dries completely matte. It’s touch-proof and smudge-proof. I can wear it the whole day without even touching up. The only thing that will take it off is oil, so at the end of the day, you just can take it off, otherwise it won’t budge. So not only is the convenience there of never having to touch up your lipstick again, but it’s also just really velvety, rich, and saturated. ‘Red Velvet’ became that iconic red that Dita Von Teese loves and considers her go-to red. We also make a beautiful brown called ‘Salem.’ We have ‘Riot,’ which is the Pantone color of the year, Marsala. And of course, ‘Cashmere,’ which was the color of the year for us and is probably the most imitated lipstick of 2015: a kind of grayish beige.
What is your most important piece of beauty advice?
When it comes to beauty, it’s not about what looks natural or flattering or what looks best; it’s about what your heart wants at the moment. The best color on you is the one that you like. I like to tell people don’t worry about what is accepted as beautiful—go for colors that make you feel like your most true to self, or the most expressive, best version of yourself. If you’re feeling a bright blue lipstick today, that’s the color that you should wear.
Are there any upcoming collabs or products that you can tell us about?
We just announced the launch of two new Velvetines, ‘Squash’ and ‘Jinx.’ ‘Squash’ is a glowstick orange—it’s a really cool color that just makes your lips pretty and glowy. It’s a different kind of orange. Then we have ‘Jinx,’ which we describe as a witchberry purple. It has a purple undertone, but it also has lots of brown and some black to it and even some gray—it’s kind of an eggplant type of color that I haven’t seen a whole lot.
Where do you see Lime Crime going in the next five years?
You know, it’s hard to say where we’re going to be. All I know is that what we have been growing rapidly from the day that we launched, and I don’t see us going down anytime soon. My goal is to continue to get better at what I do, and to continue to surprise my customers with colors and textures that they didn’t know they wanted. I just want to keep improving and keep doing what we’re doing.
Follow Lime Crime Cosmetics’ social media accounts and use the hashtag #limecrime to have a chance to be featured on their #FanFriday stream! 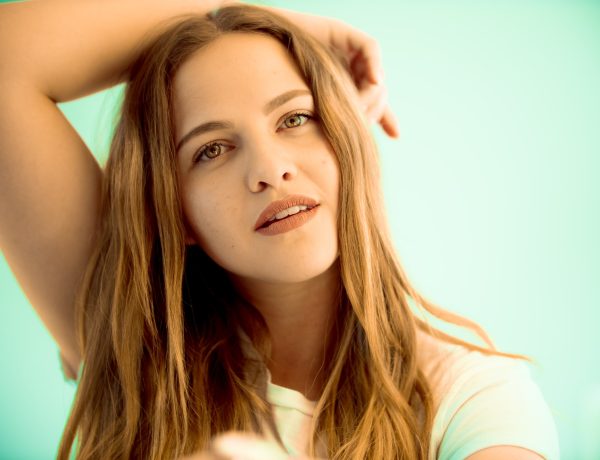 Why Shouldn’t you Feel Scared Suing Hair Salons After a Hair Injury?

Which is Better: Microdermabrasion or Chemical Peel

Could You Afford A Celeb Engagement Ring Style?