Modern Ethnic Rhinoplasty: Facts and Fallacies that May Surprise You
Cosmetic surgery is a modern-day wonder. Studies show people gravitate toward symmetrical features. Being “good looking” is obviously relative and for a beholder to measure, yet plastic surgeons know how to enhance nature-given features, minding differences in sexes, ancestral heritages, etc.
An agreement on what warrants being physically attractive is not defined, and neither is addressing the features of peoples of respective ethnic origins; doctors remind the public that performing plastic surgery on a Caucasian differs from that of an African American and peoples of other origins due to distinct features.

Rhinoplasty or a “nose job” operation helps shorten, straighten and enhance the inner and outer features of the nose for better breathing and improved physical appearance. However, seeing a number of “botched” jobs via media, some African Americans and those of other non-White origins, grow reluctant to proceed, seeking further information on modern-day ‘ethnic’ procedures.  After reading a recent blog post on ethnic rhinoplasty I really wanted to tackle this interesting topic in more depth.
Equipment and Experience
Quality of goods is opposed to that of services. Rhinoplasty services differ from the enterprise in purchasing a commodity, choosing among a range of price tags. In surgery, the equipment is mostly equal. The level of experience and skill in performing the cosmetic service is the difference. Seek a surgeon performing ‘ethnic’ rhinoplasty, one who observes ‘differences’ in ethnic bone structures and bodily reactions.  Ask potential surgeons for pictures of previous work as well as speak to them to gain a sense of personality and level of empathy. Those who are reluctant to receive surgery, especially performed to the face, enjoy the peace of mind in getting to know doctors before rhinoplasty.
Anatomic Reactor
An anatomic reactor is comparable to a dentist’s molding of teeth. The former is a model of the inside of the nose, inserted during surgery for better stabilization and subsequent guidance. This is an ‘advanced’ implement, not used by all rhinoplasty doctors.  An anatomic reactor, shaped to address peoples of particular ethnic origins, facilitates better results, improving patient happiness. Sizers, discussed below, help surgeons create ‘templates,’ used to sculpt a particular patient’s nose in a unique yet guided fashion.
Suction Elevator
Rhinoplasty is a minute procedure. Doctors exact intense focus and concentration while working with tools despite a number of obstacles such as excess blood and mucous secretion. A ‘suction’ tool clears small passageways for doctors, improving sight and ability to maneuver medicinal tools. Additionally, surgeons operating with assistants are better equipped with ‘multiple hands,’ enabling the doctor to survey as well as perform several things at once.
Sizers
Sizers help determine whether the desired goal of surgery has been achieved before completion. Also, sizers help produce models for later procedures. In the case of ethnic rhinoplasty, a surgeon considers shapes and sizes of previous patients, presenting before and after pictures to potential clients.
Sizers help emulate a desired look while aiding a surgeon in making each procedure necessarily unique. (Saying, “I want (actor/actresses) nose,” often spells disaster for those with other facial features unlike the mentioned star.)

Improvement, Not Alienation
People seek cosmetic procedures to feel better about their outer appearance. It’s an improvement to one’s outer appearance and inner being. The sought result is improved acceptance, not alienation.
Particular surgeons observe ‘ethnic’ procedures, noting particular physical features homogeneous to peoples of particular backgrounds. Of course, each patient is unique, and that is always integrated into outcomes, yet ethnic rhinoplasty involves a sub-categorization, achieving better results and happier patients.
References and Forums
Check more online references as well as forums engaged by present and previous patients. Seek information on doctors, needs of patients before surgery, and costs regarding out-of-pocket fees and those covered by insurance companies.  In some cases, rhinoplasty procedures are covered by health insurance policies if the procedure will improve a patient’s bodily health aside from physical appearance. For instance, those suffering injuries to the nose may experience trouble breathing, seeking rhinoplasty solutions.
Fact and Fiction
Modern-day technology has placed people in space, rejuvenated cities after floods, and helped patients defy death through progressive medications. The media helps place both true and fictitious notions in our heads. The fact is rhinoplasty procedures have been performed for decades. Like any procedure, improvement is sought and implemented by surgeons. Ethnic rhinoplasty,’ a cosmetic procedure considering ancestral heritage for improved outcomes, is performed with success all over America and throughout the world.
As with any cosmetic procedure, a level of hesitation is warranted and a degree of failure must be considered. However, reputable doctors have books filled with before and after pictures of patients who have successfully received surgery.
Stacy Tevis is finishing up her studies to be a licensed a plastic surgeon. With her specialty under her belt, she looks forward to helping everyday people meet their physical appearance needs. 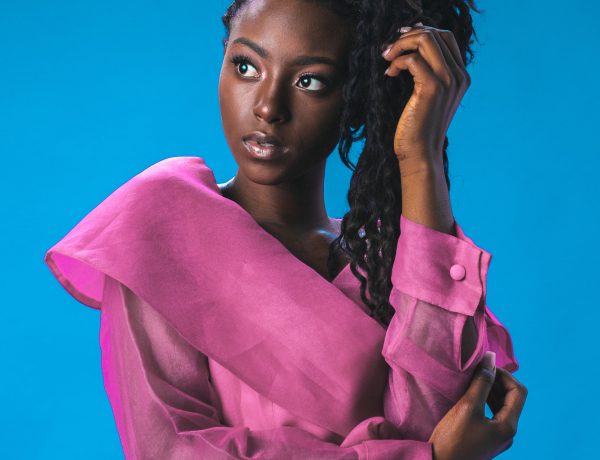 How to Look Bright and Beautiful

NEW EPISODE OF THE SOUL MAN