The beautiful and talented Bitsie Tulloch sure has come a long way from Harvard. She may have entered the acting world slightly later than some fan favorites or those who popped out of the womb ready for the stage, but she shines in every media she’s been in. Cliché was able to get her to open up about her role on the hit series Grimm and how she feels her character has grown so far.

Cliché: With a show like Grimm, not too many were sure how the series would turn out. What about the show drew you in?
Bitsie Tulloch: I thought it was a great idea. When I first read the pilot episode, it was one of my favorite scripts because it was so fun and entertaining. I thought, “What an awesome idea to do procedural in the context of fairy tales!” Everyone is familiar with these fairy tales, whether it’s the Brothers Grimm fairy tales or just the format. Where you have this young protagonist fighting against all odds, usually trying to find his/her way home, and to do that with a fairy tale every week sounded like such a fun idea. I loved the pilot script and I also really loved Jim Kouf and David Greenwalt, our showrunners who created the show. They had done Buffy the Vampire Slayer and Angel and written on X-Files. Those shows weren’t just series that did well, but shows that I really liked and thought were fun. Grimm seemed like kind of melding the two.

Juliette isn’t a Grimm, a wesen, or a cop, but she has proven to be a strong force. How do you feel being one of the souls representative of the human race in the show?
I always felt there was a certain amount of responsibility attached to that because it is true that out of the eight series regulars, I’m not a wesen or a cop. So, I’ve always felt that I need to make sure that I am playing her as true to what it would be like for the audience if something like this happened. Yes, of course there is a certain amount of suspension of disbelief, but you want the performance to read like this is possible. I never wanted to play her like she would be overly accepting of any of it, because I don’t think, realistically, that would be the case. If your boyfriend came home and he’s telling you he’s seeing monsters, you would probably think he is crazy.

What do you love most about playing Juliette?
I respect her. She’s very thoughtful, smart, kind of geeky, level-headed, a really good friend to Rosalee, and just a good girl. In episode 17 of season 3, Adalind comes back and Adalind is the person who almost killed Juliette, and for a certain amount of time completely screwed up Juliette’s relationship with Nick. While it was intense and Juliette almost went to hit Adalind, because Adalind is there with the baby and she’s sick, Juliette is very nurturing. She accepted Adalind in her home, not happily, but you see that this is a good woman. She had values and she knows that at the end of the day, she is going to stay true to herself. I really admire her behavior.

The show takes a lot of twists and turns. Have you ever been surprised or shocked by a script, or do you expect crazy storylines by now?
No, I definitely still get surprised. I remember during season 2 when Nick just tells Hank that he’s a Grimm and I really thought that was something that the showrunners were really going to draw out. There was a huge twist at the end of season 3. When someone says, “You know this is what happens to your character,” I just thought, “No way. You have to be kidding me.” You definitely get used to a certain amount of craziness with a fantasy series, but I am constantly still surprised, which makes it really fun.

So, is there a fairy tale story line that you hope to eventually do?
Yes. Now that I have gone back to my natural coloring, I would love to do Snow White and the Seven Dwarfs. I kind of wanted to do it for a while. I’m surprised that we haven’t done that yet, but I think that would be a blast.

Outside of being in Grimm, you have done a lot of amazing films, such as The Artist and Parkland. What was it like to film something you knew was going to be completely in black and white and without sound? Did it feel weird?
I obviously knew that it was going to be a silent film. That was what was harder for me, because I had never done a period film before, even though I had been dying to. Now, I have done two, since I just did Parkland that came out this past fall. But before that, I had never done a period film before and I had been trained a certain way as an actress. I had to throw all that away because you can’t use your voice to get your point across. So, I watched so many silent films from that era because they looked different and they carried themselves differently. You have to be so much more expressive and aware of your gestures when you don’t have words or your vocals to indicate feelings.
It was so much fun once I got on set. Michel Hazanavicius, the director, had it set up so beautifully for shooting. Because it was silent, we didn’t have to be mic’d or anything, so he had  1920’s music blaring throughout the stages. The stages were sort of built to feel like you were on a studio lot in the 20’s and the 30’s. The costumes were extraordinary. I remember my costume when I was trucking through the jungle. When I put my boots on, I found “D. Lamour” on the inside written in sharpie. Dorothy Lamour was a very famous actress and I thought this is a part of history—I got to wear these boots that are fifty years old, if not older—and I just had a blast.

In Parkland, which dealt with the JFK assassination, how was it to play in such an important moment in American history?
That film was probably the hardest role I’ve played, because I had never played a real person before and Marilyn Sitzman had passed away. So, it wasn’t like I could go meet her and ask her questions about what that day was like. I did as much research as I possibly could and all my scenes were with Paul Giamatti, who I have admired as long as I’ve been acting. He was very emotionally open when acting, which was really cool. But it was one of those things that I kept hitting walls, as far as researching the character. The light bulb moment was realizing that this was my 9/11. I will never forget where I was on that day, what the weather was like, what I was wearing on 9/11, and who I was with.
Everyone I spoke with, who was old enough to remember the JFK assassination, said it was the same thing for them. So, it was really about dropping back into that moment again, what it was like in that moment being so scared because both my sisters and my dad were in New York City and worked downtown. And also just the pure horror of watching your idol get shot twenty yards in front of her. It’s horrifying. We are talking about a young girl, fresh off the boat in this big city, with all these hopes and dreams, and everything is shattered in an instant. I sort of felt that Paul and I were all of America, because everyone else in the film was involved with the FBI or politicians or Jackie Kennedy. The entire world was shell-shocked on that day, and I felt that it was on our shoulders to portray what that felt like. 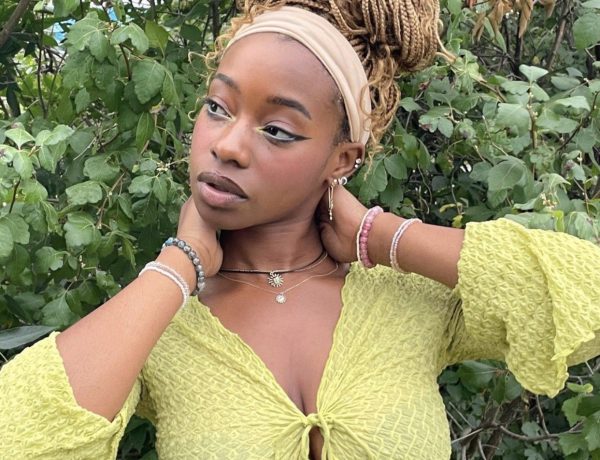 ‘A Sea of Undefinable Stuff’: Sitting Down With Brooklyn’s O Mer