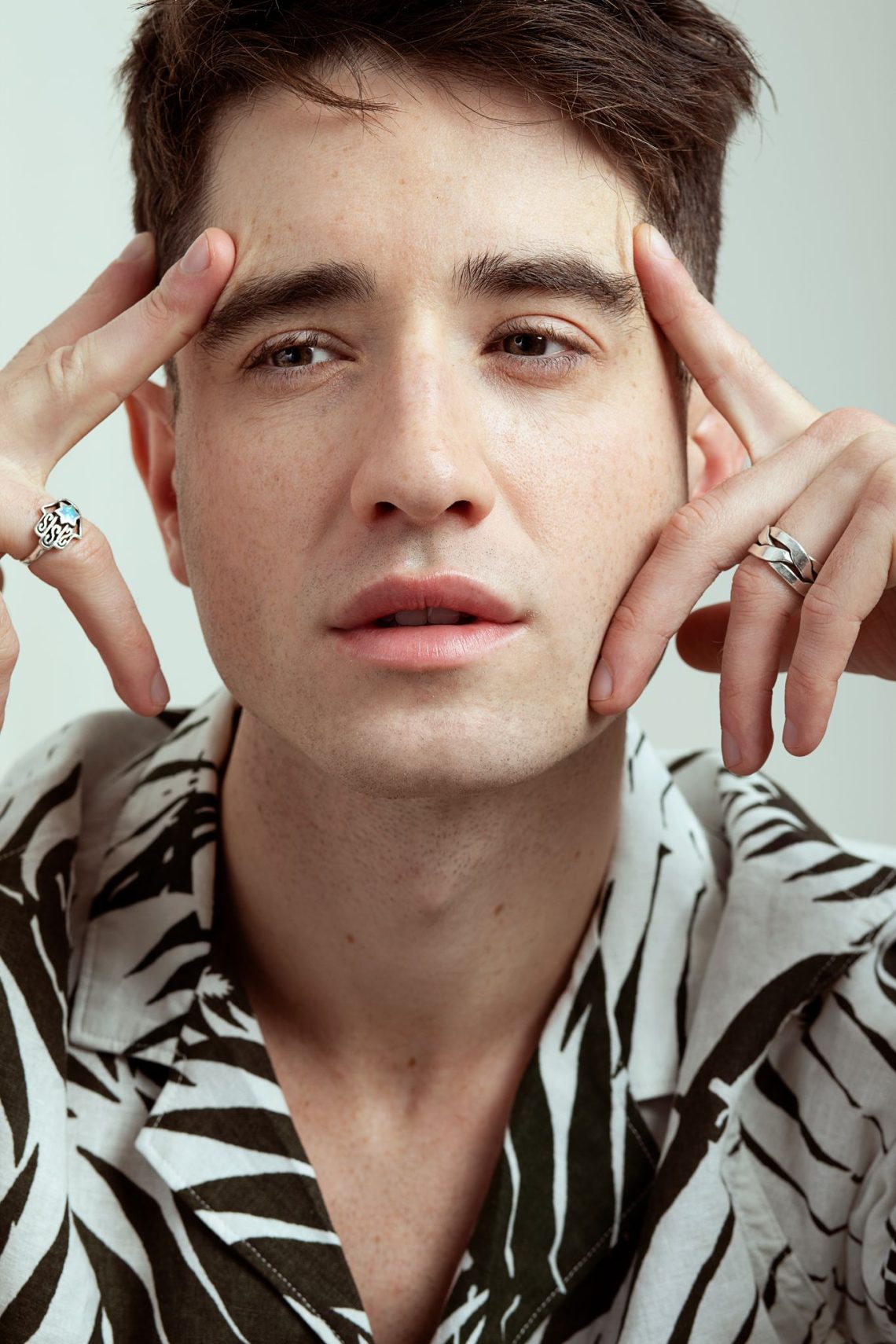 Adam Fox welcomed acting into his life during a season of change. Discovering the craft when he was older enabled him to reconnect to youthful self. “When I was trying to figure out my next move after doing overseas modeling contracts in Asia, I decided to audit a local acting class in Vancouver,” he explains. “At this point, I had little idea of what it really meant to be an actor. I was astounded by the commitment, drive, and struggle of the actors. In fact, it was realizing just how hard acting was that made me want to do it. I saw the depths of their emotion, and the part of me that had been so shut off emotionally for so long knew this would be a positive thing in my life. I also felt I had a unique story to tell, and I wanted to bring that to the world in the hopes it would help other people like me. Also, this happened when I was already in my twenties, and I had realized what I valued most was life experience. It was a measured decision where I knew this path would yield a more vivid, exciting life. While this newfound path surprised both myself, my friends, and my family, the truth is that I have always been a performer. From birth, I was always dancing, putting on shows for my family, and making up character voices and accents. So much of my childhood was spent imitating Paula Deen and all the characters on The Amanda Show. A lot of this was lost in my teens with social conditioning and conformity, but the good news is that as an adult I get to reclaim my inner child; even better, I get paid to do so.” 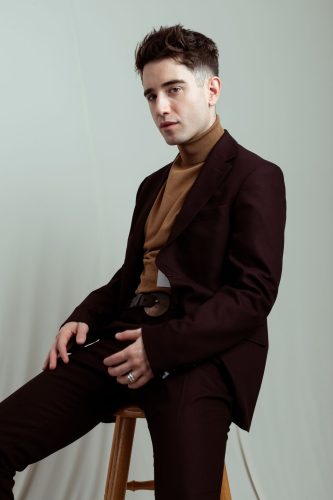 The isolation of quarantine prompted him to turn to writing for salvation. “I think being prolific and mentally unwell sometimes go hand-in-hand, but I will say my creative projects during the pandemic saved my mental health. If I’m being honest, I am someone who has always had tons of ideas, but just not the time or energy to pursue them. Though the pandemic was terrible, there was ample time and diving into writing gave me much-needed structure and direction in an otherwise aimless time. The ideas came from all over the place. The first script I wrote during the pandemic was based on a traumatic living circumstance that I had fled just months prior, as I was feeling unsafe. That roommate was, in fact, still sending me menacing, and at times threatening texts. Another script was based on the dynamic between my New York best friend and our older male friend, and our complicated dynamic as a trio. The majority of it took place the spring prior while I still lived in New York City, and it was a perfect New York spring, so it felt nice to live in that world again through my writing. Lastly, The Sisterhood of the Traveling Wigs actually came to me in my dreams, and I woke up and started writing. I love that one because I woke up with a crystal clear idea in my head of who these characters were, and it felt sort of like an amalgamation of a lot of my childhood idols combined inspired by my COVID binging of RuPaul’s Drag Race. With limited social interaction, I was grateful to keep the company of so many people conjured in my own mind.” As he knows firsthand, oppression is often enmeshed with comedy. “I think that the LGBTQ+ community, like a lot of marginalized communities, uses humor as a way to persevere through tough times. So much queer humor and queer slang comes from drag queens and the Harlem vogue scene, two communities that have historically faced the most oppression in the whole LGBTQ+ community. However, as a Jew, I think this concept applies beyond the queer community. Think of all the adversity Jews have faced over the years, and somehow, they are the funniest people (I’m biased, but I think it’s true). At the end of the day, I’m funny because I’m funny, but being openly queer gives me freedom in my performances and my comedy that I wouldn’t have were I not. So I don’t know if queerness and comedy go hand-in-hand, but I do think freedom and queerness go hand-in-hand, and the result is comedy that spans broader and deeper.” 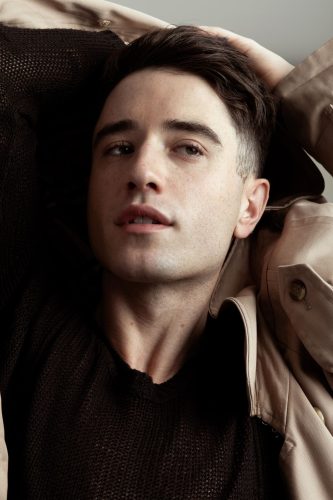 A group of friends find themselves in a zany get rich quick scheme in Adam’s new show, Sugar Highs, in which he plays Bud. “Sugar Highs is about Bud, Mickey, and Tab, a motley crew of roommates who are facing financial hardship, and decide to find sugar daddies (and mommies) to pay the bills. While the concept of the show focuses on the sugar baby/sugar daddy phenomenon, the show is ultimately character-driven, so it focuses on the arc of the characters and how this new element in their life changes them. In the case of Bud, he longs for financial freedom and financial security so the idea of making large sums of money quickly feels like a dream come true. It means he can focus on his dancing and still leave time for casual sex and partying. Bud longs for love, connection, and an exciting life, which I can fully relate to. He is both his best friend and his worst enemy and in a lot of ways lonely. He’s fun, and fabulous, but real, and you get to see a lot of his colors, which I was grateful for as an actor as it’s a great showcase of my range.” Having attended NYU, known as the epicenter of sugar baby culture, Adam already had listened to his fair share of sugaring tales. “I had heard of websites like Seeking Arrangement prior to NYU, but I had never seen it being used so commonly. The irony is that a lot of the folks I knew who used it at NYU actually came from wealthy families, but they still wanted more. I think that also shows that it isn’t necessarily about the money. It can be about experiences, and power dynamics– when else do you, as a young adult with no savings, suddenly find yourself holding power over a billionaire? The stories always sounded exciting, and I’d love to share more, but I don’t want any of these people to kill me!” While initially a happy-go-lucky party boy, Bud soon faces the grim financial realities of student debt in one of the most expensive cities in the world, a sobering prospect that is not lost on Adam. “I think had I not heard those stories, I would not have understood the depth and variety of all the motivations for why one would sign up for these websites in the first place. It made it easier to understand the trajectory of Bud. He starts off in a way innocent: yes, he has casual sex and likes to party, but when he meets his first sugar daddy there is real-life danger– who knows who is behind that door and what will happen once inside? I think over time, and through the first and second season arc, you can see how these experiences harden him and make him realize the way of the world. Just like a lot of the NYU students who were doing it, Bud has thousands of dollars in dance tuition he needs to pay for, in addition to funding his own lifestyle, and it helped me realize just how desperate those circumstances can be. As he says to Clark, it is sometimes a decision between seeing a movie or eating breakfast. That’s no joke, and while he is often the comedic relief in the show, Bud is no joke either.”

Bud’s sugaring situation becomes much more complicated than an easy rent check. “I can’t say much about that without giving it away. What I will say is that Bud’s arc over the first season and where he ends up emotionally is quite surprising. Ultimately, I think trading love for currency is the definition of messy because when feelings are involved, it’s hard for anything to be purely transactional. I think that expert sugar babies and expert sugar daddies have found ways to compartmentalize and protect their energy, but the characters in this show are beginners (in both cases) so they haven’t learned those skills yet. They’re on this journey together, making lots of mistakes, and leaving hearts in pieces wherever they go…” For his part, Adam wants to empower marginalized communities with engaging stories by giving everyone a hand in telling them themselves. “I think that, although it’s getting better, a lot of mainstream films have traditionally kept minorities on the sidelines in their stories, and as a result, a lot of these communities are misrepresented and misunderstood by society. If they don’t have many reference points for who these people are, they fall back on stereotypes. What I aim to do with my storytelling, both in front and behind the camera, is to put these communities at the forefront, but always in a way that is universal with the intention that ALL communities will enjoy this story. It’s a challenge, but a worthwhile one. I always say that it’s hard to have empathy for communities that seem alien to you, but if they were your neighbor, you would find love for them. Not everyone has the joy of being part of a diverse city, neighborhood, or community, so I hope my projects can be that neighbor for them, and bring everyone just a little closer together.” Unity always makes life a little more sweet. Watch Sugar Highs now on OUTtv.com. 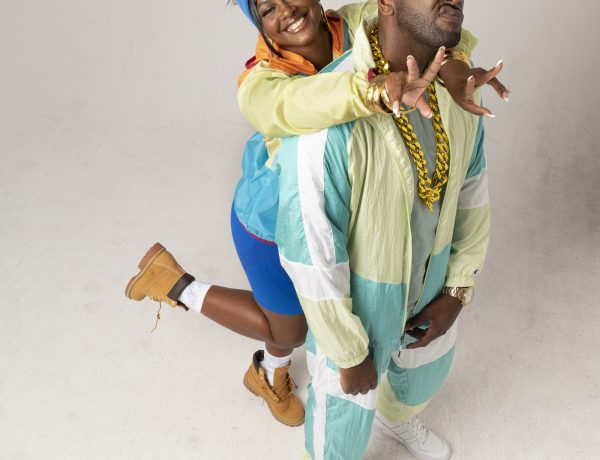 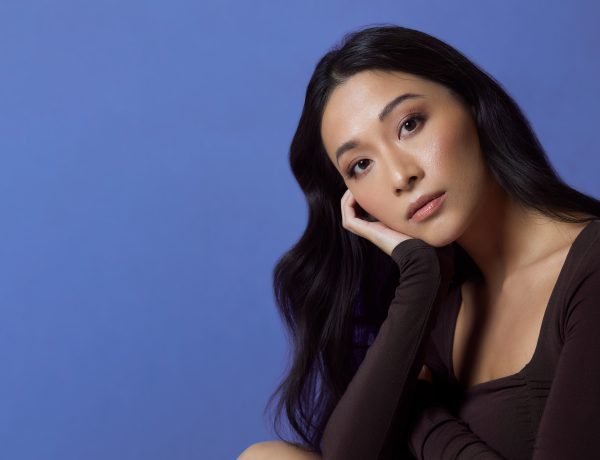