On October 12th at 9 p.m. Project Runway Junior made its debut. Model Hannah Davis served as host with TV personality Kelly Osbourne, Executive Fashion Director at Cosmopolitan and Seventeen magazines Aya Kanai and Fashion Designer and past Winner of Project Runway Christian Siriano served as judges to the twelve designers. The designers ranging in ages from thirteen to seventeen include Bridget, 16; Jaxson, 15; Jesse, 16; Matt, 17; Maya, 13; Peytie, 15; Samantha, 16; Sami, 16; Victoria, 17; Ysabel, 17; Zach, 15; and Zachary, 16.
The contestants were tasked with designing for ‘The First Impressions Challenge,’ a look that best describes their design aesthetic. They were given sketchbooks and camera phones and a few hours to sketch on a rooftop. With a budget of $200, the designers made their way to Mood to find the perfect fabric and embellishments to create their looks. Tim Gunn, in his famously tailored suit, critiqued the designers as they worked and discussed their plans for each look. Despite the fact that the show is titled Project Runway Junior, Tim did not go easy on the contestants when he went over their designs with them. Tim questioned whether Zach would have enough time to finish his design while encouraging Matt’s use of leather. Jaxson was encouraged to scale back his look and Victoria was cautioned about her outfit’s proportions. As they found themselves nearing the end of their work day, Sami’s skirt unraveled as soon as she cut the skirt, while Zach found himself still having a lot of work to do. He ended up scrapping his previous skirt and starting from scratch.
On the runway, the designers created vastly different looks. The judges loved Jaxson’s crop top and skirt with colorful buildings on the back and more muted colored buildings on the front. Zach was cautioned about the pleating in his design and offered advice about the garment being dated. Samantha was praised on her ability to create an expensive piece with her white cropped top and short jeans. The judges were not a fan of Victoria’s skirt and urged her not to overthink her designs by adding too much. Maya’s jumpsuit was loved by all of the judges, while Sami’s piece did not bode well with the judges. They understood what she was trying to achieve, but agreed that the execution was not what it should have been.

In the end, Samantha won the challenge with her fresh and fun look, while Sami was the first contestant to be sent home. Every designer had innovative looks and with the grand prize of $25,000, a spread in Seventeen Magazine, a home sewing kit, and a full scholarship to FIDM college, we can’t wait to see what the rest of the season brings!
Read more TV articles at clichemag.com
Project Runway Junior Premiere: photo courtesy of Lifetime.com 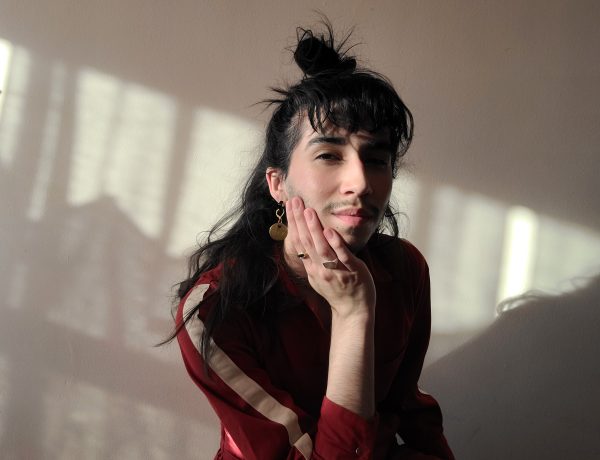 Why You Should be Watching ‘Crazy Ex-Girlfriend’