Written by William Hoffman
0
Imagine it’s a cool midwest summer night and all your friends have gathered around a bonfire for some drinks and s’mores, and Will Deely is the guitarist in the corner playing heartfelt songs. I mean that in the kind of way that you remember those moments for the rest of your life. We’ve all been there. Deely is a soft-spoken artist out of Columbus, Ohio, who has toured and played with national artists such as City Lights, Spencer Sutherland, and Carter Winter. His influences include John Mayer and New Found Glory, which you can hear all over his music. On August 7, he released his first solo EP under Third String Records, and now, he is here to discuss the premiere of the music video for his newest single “Souvenir.”
Cliché: How did you get your start playing around your state?
Will Deely: I started playing in bands back when I was only 10 or 11 years old. I think my first show ever was playing my fifth grade talent show in front of my whole school. I thought it was awesome! In the years after that, I just wanted to play anywhere that would allow me to make noise with my guitar. Whether it was a basement, pizza shop, coffee shop, or restaurants, you name it, I played it. It wasn’t till high school that I started to make my way into the Columbus music scene, which ended up opening some doors for me.
The music video for “Souvenir” opens with some classic American imagery—a muscle car with an eight ball gear change, sunsets over the boardwalk, etc. The music, too, seems so relatable. Were you aiming to stylize the music video to be that way as well? Who did you work with to make your vision for this video come together?The video for “Souvenir” is something I’m still very excited about! I worked with Zach Frankart and his incredibly talented crew of filmmakers collectively known as Film Cartel LA and shot with them for two whole days out in Ventura, California. I felt that out of the five songs on my EP, “Souvenir” was the best song to have a video for since the lyrics vividly tell a story from start to finish. From there, it was just all Zach. A week after sending him the song, he sent my manager and I an email with his idea for the video and we fell in love instantly. From the locations he scouted to how he set up each shot, it just really worked with the song and brought it to life. He really hit it out of the park.
Who is the woman in the music video?
Her name is Mikaela. She’s a model from Ventura that someone in Zach’s crew thought would be a good fit for the video and they were definitely right. She killed it!
I heard you sat on this song for two years. What made this song so hard for you to put together and complete?
I just didn’t have the whole story yet. I wrote up to about the first chorus before running out of things to write about. I hit a dead end and it was the most frustrating thing because I loved what the song was up to that point.
I kept trying to force parts into it, but it sounded exactly like that—forced. Then two years went by and it’s the winter leading up to the time I booked in the studio to record my EP, and I’m fumbling around through some other half written songs, and I kinda stumbled back across that verse. Then it just instantly flowed. It just felt like I needed the rest of the story to actually happen before I could tell it.
The last verse suggests the woman in question is playing games with you, while you’re pretty dead set on her. Does this story have a happy ending?
The song is about when I first started talking to my current girlfriend, so I’d say the story ends the best way it could!
What’s the biggest thing you learned from touring with City Lights?
Playing in City Lights was such a great opportunity for me. It gave me my first opportunity to tour, which was something I had always wanted to do. The rest of the guys definitely taught me the ins and outs of living on the road in a van with five other guys. I learned quickly that there was so much more to it than just showing up and playing guitar. Touring in a van definitely isn’t the most glamorous thing, but I made so many great friends and had a blast doing so.
Do you have a tour in the works?
Nothing that I can speak on just yet, but I can assure you that will change soon!
Watch the video below. 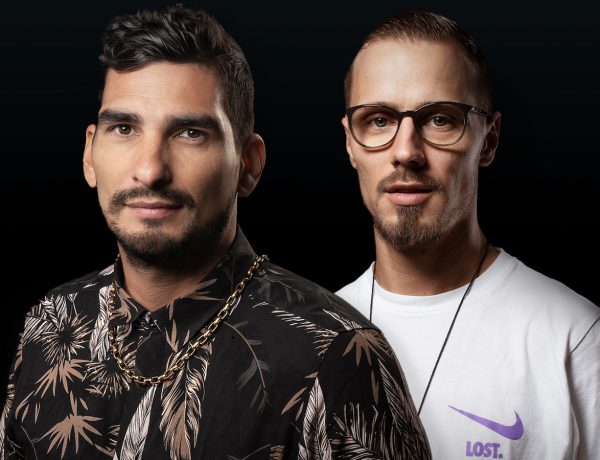