You’ve done it before. I’m talking about spending hours on YouTube watching videos of countless YouTubers performing covers of your favorite songs. Sometimes it takes one video to go viral and the performer ends up being on Ellen. Other times, they happen to get noticed due to a heavy following of their work. The latter goes for 22-year-old Megan Nicole.

Search “Megan Nicole covers Kings of Leon” on YouTube and catch her very first cover video from six years ago in her home in Katy, Texas. She was only 16 years old at the time and it was her father who gave her the idea of posting a cover video.

“I was always playing open mic nights, had a few restaurant gigs here and there, and now there was this new platform in front of me,” Megan shares.

The singing bug bit Megan when she was 10 years old, after her family was gifted a karaoke machine for Christmas. This made her realize she enjoyed singing. Five years after that, she decided to pick up a guitar and write her own songs. “One of the reasons I fell in love with music so much was because I discovered a way to share stories and create in a way I really connected with,” says Megan. She eventually released “B-e-a-utiful” and was swarmed with positive feedback from her loyal followers, and says she couldn’t have asked for a better response.

“I could easily still be playing those restaurant gigs and open mic nights like I was,” she goes on to say. “It is still so incredible to me that I have this opportunity to do what I do and that people connect to it. I feel so insanely blessed to be able to do something that I love. It’s funny to me that being a ‘YouTuber’ wasn’t even a thing or something people aspired to do full-time when I posted my first video. So much has changed and evolved, but I think it’s amazing that there is a platform where your voice can be heard and shared with the world through a click of a button.”

YouTube has opened doors for many content creators who would have never been noticed otherwise. From Tyler Oakley to Grace Helbig, and even Justin Bieber, the video-sharing website has done wonders for many. But with numerous uploads each day, it’s sometimes hard to navigate through so much talent in one place. Luckily for Megan, she was able to literally have her voice heard by people all over the world through her video platform, and that eventually got her noticed by Sean “Diddy” Combs’ Bad Boy Records. When this news released, Diddy was quoted in multiple articles saying, “Megan Nicole is a complete package that I am extremely excited to add to the Bad Boy roster. She is a talented singer, songwriter, musician, and entertainer.”

When you scroll through Megan’s YouTube video history, you can watch her grow up over the years and see her progress from video to video. Her viewer count increased while she continued to open herself up to her audience a little more each time she posted a video. She’s tackled some of the more popular songs like Bruno Mars’ “The Lazy Song” to Adele’s “When We Were Young,” which she used to say she’d never touch. “Because… Adele. I really liked it and just made a softer rendition of it,” she explains.

One artist she has still contemplated on covering is Stevie Wonder. “I would really just want to do it some sort of justice!” she says.

From “B-e-a-utiful” to her recent single “Mascara,” Megan Nicole is no stranger to releasing new music without any album or EP attached to it. In fact, her last EP dropped in 2014. So does that mean we can expect new material any time soon? Possibly. “I’m taking my time with this next body of work and making it exactly what I want it to be,” says Megan. “I plan on releasing an EP later this year.”

We do have to take a step back and realize Megan has a lot more on her plate than we give her credit for. For starters, after taking a step away from Bad Boy Records, she created her own record label. She now follows the footsteps of many other successful artists such as Ed Sheeran, Nick Jonas, and Demi Lovato. She hopes to eventually build the label up to where she’d have the ability to sign and develop other artists. “I put that on hold for now, but still have that idea in mind,” says Megan.

Until then, she’s focusing on her personal work, and rightfully so. She says, “The most challenging part of being your own label is the fact that everything comes directly out of your pocket. Every song, every video, every tour. But I do love the fact that I have creative control and I’m able to release music whenever I want.”

It’s no doubt that every decision Megan makes is with her fans in mind. “I not only put all of my energy into creating my own music, but still work on creating covers that I can share with my audience as well,” she shares. “Finding a balance to do both has been challenging at times. I would love to eventually put all my creative focus into my own music, but at the same time I want to share new content, and originals can take more time. It’s a process, but I’m getting better at finding that balance.”

Her consistent hustle has landed her the opportunity to tour and meet her Internet fans face to face. Last September, Megan wrapped up the Sweet Dream tour where she traveled all over North America alongside her opening acts Sammi Sanchez and Alex Angelo. “It’s amazing to connect in person with the people who take the time to watch my videos. I feel extremely blessed to do what I love and have people who support my music,” says Megan.

You’d think having your own record label and pushing out new content on YouTube would keep a girl busy. Not for Megan. According to the YouTube sensation, she has a lot more in store that she’d love to conquer, like acting (she did show off that specific talent in her starring role in Maker Studios’ musical film Summer Forever) and creating her own clothing line.

Currently, Megan is hitting the road with Emblem3 and The Ready Set on the Waking Up tour making multiple stops within North America. Prepare to hear some new music that hasn’t been released to the public, singalongs, and one great acoustic performance. 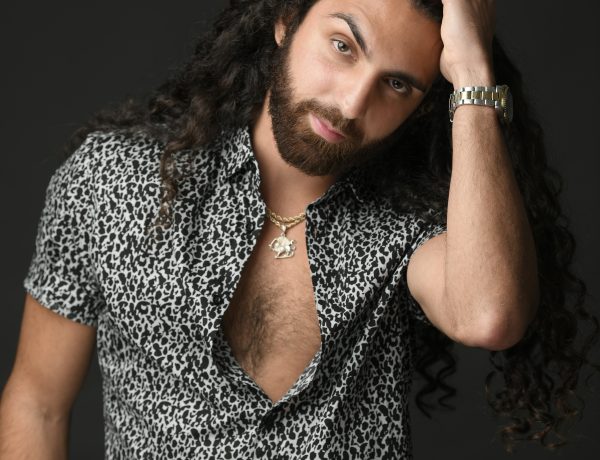 Celebrity Behind The Scenes Video with Justin Baldoni

Justin Baldoni Talks 'Jane the Virgin' and 'My Last Days'