The man behind the beautiful music featured in L.A.’s upcoming stage production of The Seven Year Itch has a story every bit as interesting as the show itself.  For composer Bruce B. Lee has a second career as one of the leading women’s health doctors in the nation and is equally at home whether in surgery or a studio.  He’s delivered 6,000 babies, is the creator of a revolutionary new medical procedure and writes music for films, ballet and now a play.

But it is only in recent years that he has begun to again mix music with his other passion, medicine, despite being a very skilled musician as a child.  “Music was, and is, an essential part of my being,” says Bruce.

“I had piano lessons from an early age and fondly remember as a teenager that girls liked how I could play popular love songs of the day. My mother told me a few of the local music instructors thought I was beyond the level they taught and it was suggested I attend the top music school, Julliard. But my father said ‘No son of mine is going to be a starving musician,’ and so I focused on academics instead.”

The result was a stellar medical career as a gynecologist. He has won the respect of the industry working out of the successful Rox Surgery Center in Beverly Hills and now additionally at Rox in Newport Beach, both of which are state of the art Southern California facilities.  But he always regretted turning his back on music and a chance meeting a few years ago with Forest Gump composer Alan Silvestri put him back on the path.  The movie music maestro invited Bruce to play for him and quickly became a mentor introducing him to industry contacts.

performed by the Carmel Ballet Academy at the newly opened Carmel Center for the Performing Arts. Next Hollywood came calling and Bruce was hired to write the score for an independent film.

This June his theme and incidental music will be heard at Hollywood Fringe production The Seven Year Itch, based on the 1950’s romantic comedy play which inspired the Marilyn Monroe movie of the same name. And it’s some of his best work.

The Seven Year Itch, which stars Monika Ekiert as the glamorous model who fascinates Sandro Monetti’s middle aged man next door, comes to Hollywood’s McCadden Theatre in June and tickets are available via hollywoodfringe.org from May 1.

But while this return to composing is a great achievement, perhaps the greatest achievement of Dr Lee’s life is his creation of the Acessa Procedure, an outpatient, minimally invasive laparoscopic procedure that safely and effectively treats uterine fibroid tumors.

He explains, “Seventy to over eighty percent of all women have uterine fibroids by age 50.  They are an enormous medical issue, affecting women worldwide, causing heavy menstrual bleeding, pain, infertility, urinary and gastro-intestinal symptoms, pregnancy complications, and are the most common indication for hysterectomy.

“I modified a cancer-treating technology called radiofrequency ablation and redesigned the equipment and instrumentation so that it could be used to treat uterine fibroids.  Now women have a viable alternative to major surgery that can preserve the uterus, stop fibroid symptoms, and shrink the tumors or make them disappear entirely. All with just two very small incisions and a 2-5 day recovery.   I am proud that Acessa is approved in the U.S., Canada, Europe and Mexico and that it has helped so many women return to normal, symptom-free productive lives without loss of the uterus and fertility.”

Whether he’s performing this cutting-edge procedure at The Rox or performing music for stage and screen, Bruce B Lee brings passion and a surgical precision to everything. 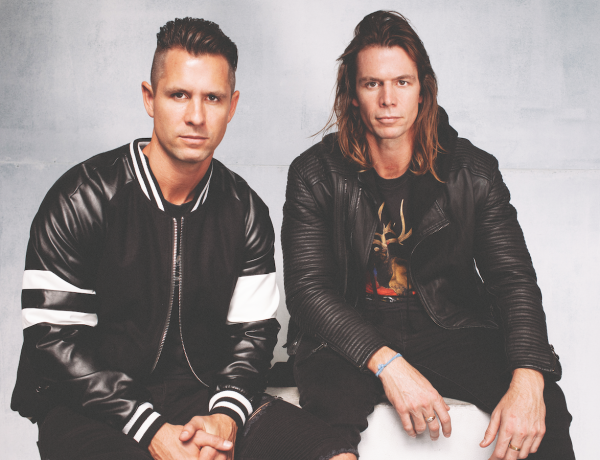 3 Upcoming Movie Soundtracks to Look Forward to This Spring

Why Hulu’s Upcoming 'Ramy' is an Important Show To Watch