CHVRCHES Find Their Remedy In ‘Love Is Dead’

Love Is Dead is the third studio album from the Glasgow-based synth-pop trio CHVRCHES, and the group’s latest project since 2016’s Every Open Eye. It’s also one of their sharpest releases to date. Featuring the refined and glittering production of Grammy award winning Greg Kurstin (whose previous credits include Adele, Sia, and Beck, among many others) on 9 out of 13 tracks — marking the first time CHVRCHES has worked with an outside producer on an album — Love Is Dead is a step in a different, remarkably self-assured direction for a group that has been consistently delivering infectious and wry pop since their 2013 debut, The Bones Of What You Believe.

Despite the fact that the process of creating this album was unlike any other, one constant that any CHVRCHES fan can count on from any track is a catchy chorus. From opening track “Graffiti,” which chronicles a distant but intense young love, to the introspective closer “Wonderland,” Lauren Mayberry’s vocals soar effortlessly and unconditionally. Repetition has always been the trio’s best friend when it comes to writing their memorable and sing-a-long-friendly choruses, and the simple lyrics are always bolstered by lush and electrifying beats. While this has remained true for all their releases, on Love Is Dead they’ve truly found the sweet spot — evidenced by leading single “Get Out,” an arena-ready, certified banger with a chorus made up mostly of just a repetition of the title.

Another first (and highlight) of the album is the unexpected, but completely welcome collaboration with The National’s Matt Berninger, who alternates singing verses with Mayberry on “My Enemy.” Berninger’s signature croon cools down Mayberry’s hyper-intense soprano, blending beautifully into a one-of-a-kind pop anthem.

Not to say that Mayberry needs any help on vocals, though. This she has proven time and time again to be unnecessary. On “Graves,” her recitation of the lines “I will stop at nothing” becomes more and more powerful each time, as if they are a prayer she is physically willing into existence. It’s only a few tracks later, on “Really Gone,” that she slips into a breathy falsetto, ushering the listener into an airy and ephemeral world of realization. A world that looks vaguely like a room full of mirrors, reflecting all the insecurities and uncertainties that usually stay hidden. And, to quote Robert Frost, “the best way out is always through.”

From top to bottom, Love Is Dead is one band’s exercise in facing reality and working through it. It’s a solution to the ever-looming question of how to create authentic art that stays true to an artist’s integrity, while also creating something relevant to the cultural climate. In short, it’s a lesson in not selling out. With the lofty production of Kurstin by their side, CHVRCHES have stepped into a new realm of artistry — one that couldn’t have been possible without a proper period of self-reflection, followed by a few creative risks.

Skytech Collides with LILO and Cappa for Cover of BANKS’s Hit Song “Beggin For Thread.” Out Now on CYB3RPVNK 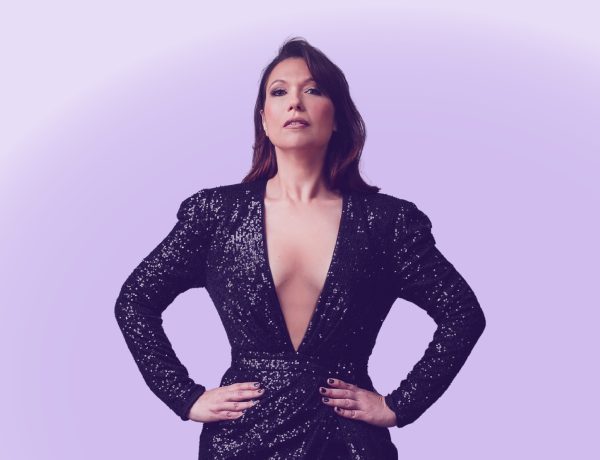 Rodes Rollins is back in full force with her new single, "Nasty Woman"