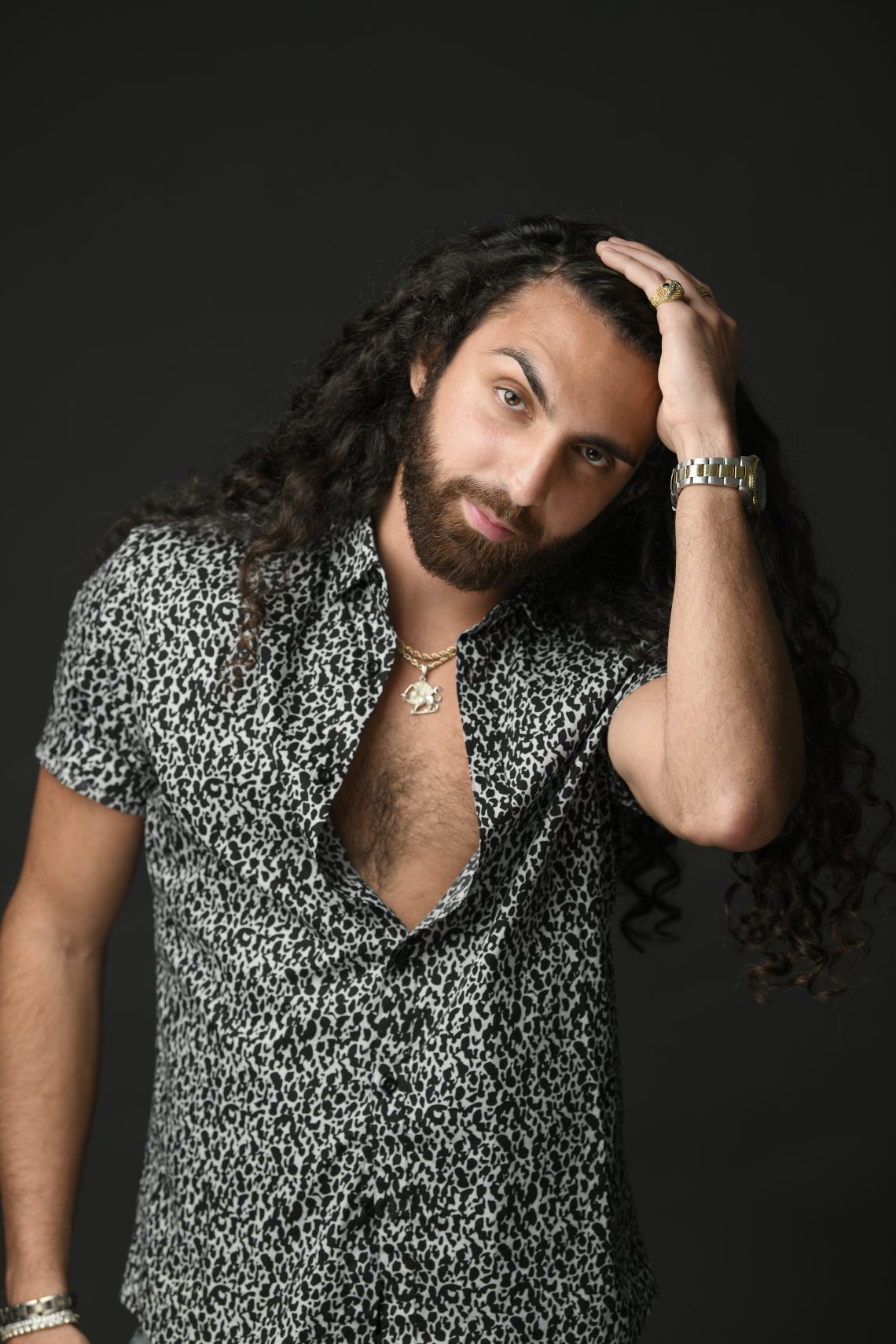 CimplyDan is a Florida-based rapper, vocalist, and songwriter. What started as CimplyDan’s hobby, soon consumed his life. His music is a reflection of his experiences, encounters, and views. CimplyDan draws inspiration and his sound from his Persian heritage and various genres: Country, Electronic, Hip-Hop/Rap, Pop, and R&B/Soul. CimplyDan’s single, “Through the Night,” reached #7 on the UK iTunes R&B chart and #92 on the UK iTunes chart overall. CimplyDan has also been featured in countless media outlets. CimplyDan simply isn’t slowing down. Fans of CimplyDan can rejoice as CimplyDan has a whopping 20+ singles planned for release this year with a single dropping every 2-3 weeks, so stay tuned as CimplyDan dominates the game in 2022.

With his single, “Cupids AK,” out now, we took some time to hear more from CimplyDan. Read below to learn more about CimplyDan, the story behind his latest single, and what’s to come.

Hi CimplyDan! Let’s start with how did you get your artist name?

Kind of a funny story. Originally, I wanted my artist name to be just “Dan.” During a discussion with my brother, he insisted that I would add something in front of Dan. After declining countless recommendations, he suggested “SimplyDan” which somewhat resonated with me, but it felt like something was missing. That and if you get to know me, you’ll realize that I like to think I’m a simple person. The thought process behind these “simple” thoughts/actions/ideas/stories/songs are extremely complex. The other reason behind the name is that even the simplest things are the most complex. Thus the name “CimplyDan” was born, and yes, the “C” stands for Complex.

I was born in Miami, Florida. That’s my hometown; however, when I was very young my parents decided to move to Orlando, Florida – where I live the majority of the time. I do live/stay in Miami as well, usually a few months at a time or as I’m needed to be.

Funny enough, I decided to pursue a music career in the middle of the pandemic (2020). A good friend of mine wanted to pursue a music career years before, and as a supportive friend, I went along with it and would rap/write lyrics with him. Then, he and our other friends quickly noticed I was getting really good quickly. I never thought anything about it. Then, one day, I was at my day job and I had enough of it. I realized music is what I truly love and am passionate about. I never get bored/tired of it like I typically did with my other hobbies. I dove head first, and I haven’t looked or thought back since.

I was definitely raised differently, at least I like to think that. I’m very open with my parents and brother. So, it has influenced my sound for sure. I’m able to speak/express myself without hesitation, which plays into my music very heavily. I also grew up hearing all kinds of different music. Whether that’s from my Persian heritage, American culture, or anything that I discovered. So, my upbringing has definitely been a key component in my craft and character without a doubt.

I have many styles and sounds, but the best way to describe it would be if you took Mac Miller (RIP), Russ, J. Cole, Kota The Friend, and a little bit of Drake. Then, you mashed them all together, and you would get CimplyDan or at least that’s what I’ve been told.

Some of my hobbies would be working out. I’m big on a healthy body fuels a healthy mind. Then, I would say gaming. I’ve gamed A LOT growing up, more than I probably like to admit. Rock Climbing/bouldering; unfortunately, it’s been a while since I’ve done this, but I do love it a lot. To stay creative, I just go out and experience the world, talk to as many people as I can, and just make memories and stories to write about or to tell my kids when that day comes.

I would say Mac Miller (RIP) without a doubt, Russ, J. Cole, and Eminem are probably the most influential artists beside my cultural influences. But, really it’s just my experiences or stories I’ve been told.

There’s too many to count, but the most important is to keep progressing, getting my music in front of as many people as possible, and officially starting my own tour.

Now onto your release, “Cupids AK.” What inspired this song?

One day I woke up, and I just felt like Cupid in the modern-day – that’s where the AK comes from. I was on one of those highs in life, then I realized everything is going my way. I’m pushing past the struggles making up for lost time. Finally putting an end to all the roadblocks and, of course, the relationships that I’ve gone through are in the past.

What is “Cupids AK” about in your own words?

“Cupids AK” is based on the mythology story. Summarized, it’s even though your “superior” tells you to do something, you still have a choice. Just because someone says/tells you something, you’re in control of your own actions. The song also represents anything I say, people just do now or “fall in love with it.” I just give them a piece (shoot them), and they’re mine.

What is your favorite lyric in “Cupids AK” and why?

That’s a really tough question. There are three parts that always hit me. The first verse: “My Thumb is blue from all this counting. I think I need to get a new accountant…let’s make a few clips so you can reminisce how I do it.” Because it triggers the exact memory I have of what happened in my life. Then: “Here’s a little secret I’m the bad guy yo daddy told you watch out for…gave her too much molly.” Also, triggers a memory where this girl told me her dad warned her of men like me. Finally: “What’s that? Who’s next? Let me go tryna get paid for the days that I stayed…Mama raised a lover not a fighter.” This is about moving on from and making up for lost time. Although I might seem intimidating on the surface, I’m a lover, not a fighter (unless I need to be).

What message do you hope fans take away from your music and from “Cupids AK?”

From my music, you can take whatever you want from it. It’s all for their interpretation. At the very least, I hope fans can relate in any aspect, and my music helps them through whatever they may be going through or just adds to their mood/life.

Having my single, “Through The Night,” hit #7 on the iTunes UK R&B Charts and #92 overall. Before that moment, I never even once thought about the day my song would chart, especially that early in my career. It was my 6th released track and completely different in sound from what I normally release.

There’s no perfect timing; you make it perfect, and you only know someone as much as they show you.

More music, content, and if all works out, a ton more shows! As far as releases, I have 20+ singles planned to be dropped this year. The plan is to be dropping a new single every 2-3 weeks. There’s no set release dates due to a bunch of moving parts, but bare minimum, every month there will be at least 1 new single dropping. Best way to stay updated is by following me on my socials where you can find me everywhere and anywhere: @CimplyDan.

Or everywhere and anywhere else: @CimplyDan

Before you go, let’s ask you something random. If you could go back and give your younger self some advice, what would it be?

Who cares what they all think, do what you want to, and give it absolutely everything you got. When the going gets tough and you feel like you hit that wall, you better get up and hit it ten times harder till you break through it.

Fashion and Casinos are the Perfect Match

Address These Health Problems to Avoid Missing Out on Life