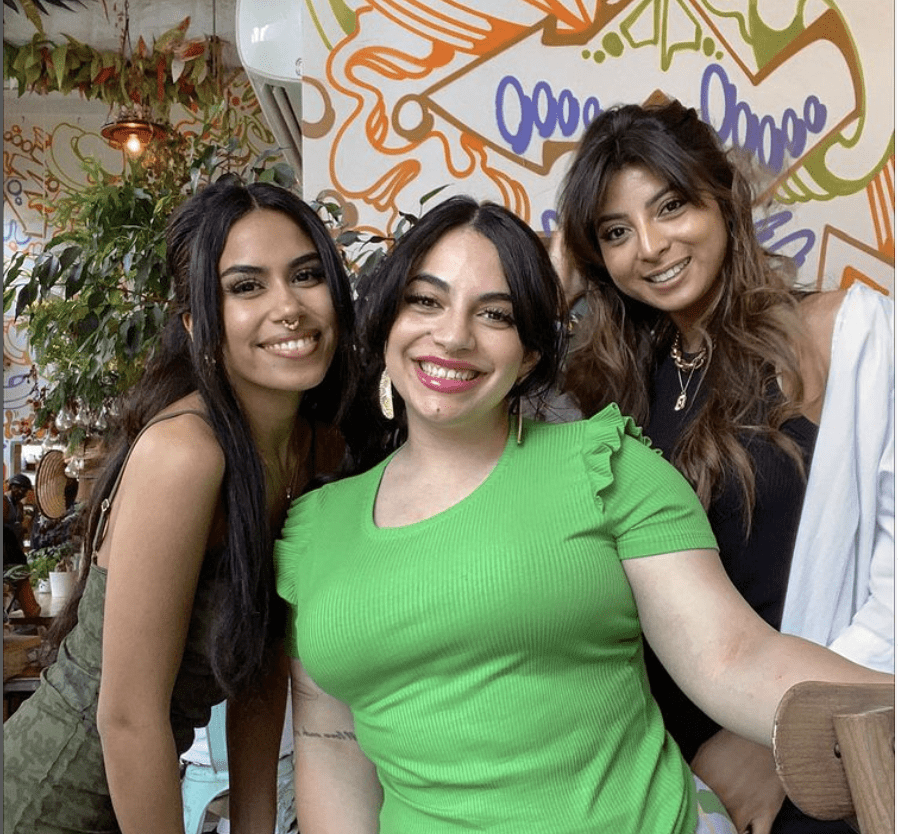 Social Cafe Agency CEO Alyssa Izquierdo dove into the world of influencer outreach by chance. “I originally was not going into this career. I went to college for broadcast journalism, and it just wasn’t a right fit for me, but that was my senior year. So I kind of just did it. I had a bunch of social media internships throughout college versus news internships, which is what my peers were doing. I always wanted to move to LA. So I was just taking anything that was similar to my degree. Then I got a job at Fashion Nova. That was my first job out here. Originally I was going to be an assistant and then I ended up being hired as an influencer exec. I just had to learn as I went and fake it till I made it. They taught me everything and threw me in.” She continued doing extensive influencer outreach at other companies. I was there for about two years and then I went onto their competitor, Pretty Little Thing. I pretty much did the same thing. I started their influencer program for the US and LA. I built up their business out here in the US. I was there for about a year and a half as well. I’m just the type of person that if things seem too much of a routine, I just get bored and I want to learn more. So I left that job and I went and freelanced for a bit. I was getting flown out back and forth to New York for a lingerie company, but they ended up letting me go because they canceled their influencer program due to budgeting. From there, I thought, ‘I’m not working for anyone else anymore. I gotta figure this out with the contacts that I have.’ So I started Social Cafe Agency (SCA) and that was the beginning of the pandemic. So that’s pretty much how that went,” she laughs.

Alyssa took notice of the rise of a new social media platform and saw an opportunity to build her clientele. “That’s when TikTok was starting to take off. I saw that trend and I was reaching out to 60 to 100 TikTokers a day – emailing, DMing, and adding to my roster because no one was really doing that yet from what I saw in terms of companies or businesses. I started really pitching these TikTokers out to brands. But everyone was really scared because they didn’t really know how TikTok was going to benefit a business. I was able to get ahead of the curve and the pandemic ended up working really well for me.” The influencers themselves motivated her to dream of a new type of agency. “When I was at the brand, they would always complain about their agents and how unfair some things were or that they didn’t feel paid attention to. I really wanted to start something where I could use all that information and start an agency where people felt safe and able to trust me. I don’t do hundreds of influencers at a time. Right now,  I have seven talents that I manage. We’re really close-knit. We have a group chat together. We play off ideas of each other. I’m planning to fly some of them out so that we can all get a house and then they’re going to create content together. I really want to build  this really close knit team of talents where they all can utilize each other and not feel like it’s some sort of competition. There’s so many brands, there’s so many deals, there’s so much opportunity out there that they can help each other. And I’m really teaching them that. And they’re so young. I think my oldest client right now is 21 or 22 and my youngest is 17. So I treat them like my children. They’ve grown so much with me and they always appreciate the push that we give them. We give them advice on anything financial. We do a lot of research for them and strategically plan their stuff. It ended up working out to start an agency and my vision came true for that.” 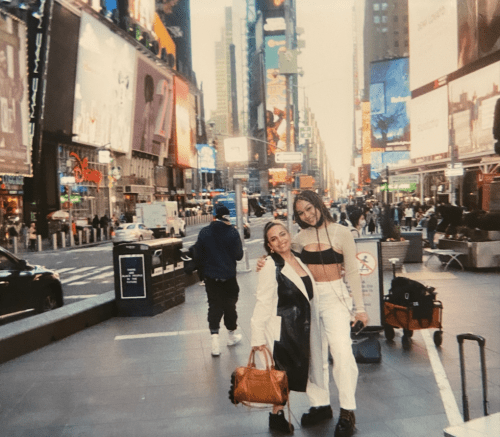 Alyssa and Veondre in NYC.

Most of SCA’s current talent identifies as LGBTQ+, like Aba and Veondre. Veondre is 17 and very vocal about being trans. She’s gotten numerous deals. We’ve gotten so much exposure from her and then people just started reaching out, talent started reaching out and saying, ‘We really love what you’re doing. We wanna be represented by you.’ And then it just kind of became this domino effect of everyone just feeling like they were in a safe space. They saw it happen with their mutuals and we just became Social Cafe Agency representing the community that way. And I love it. We were able to really put a voice on our diverse community. We have Latinx creators, we have Black creators. We just have a really diverse group that we’ve brought together.” She’s determined to teach her clients their true worth throughout their tenure with SCA. “It’s unfortunate that sometimes being in the LGBTQ+ and then also being a minority…we would see some deals they would get offered before having management and they would get offered super low rates getting taken advantage of. Sometimes they were getting a hundred dollars for a video and they had a million followers. I’m teaching them how to be more vocal. If they do part with me for any reason, I want to teach them to know their value and not take that kind of rate or knowing what someone else is getting and you’re getting less.” Having the opportunity to spotlight so many LGBTQ+ creators is an opportunity she cherishes. “I love it because it really teaches me about more of the community. I mean, there’s so much that I didn’t know about the trans community and there’s so much I don’t know about the community just in general. We’ve had opportunities that have come and grown with companies that won’t just say, ‘Let’s just have it for pride month.’ Like Clean & Clear, for example. They have really grown with Veondre and the relationship and they stick with her throughout her journey versus, ‘Oh, we’ll just do a one off, like throw a rainbow on there and call it a day.’ You know? So I really like building that relationship with companies. It’s really the relationship between me and the clients and helping them build them their own brand.”

Alyssa’s other favorite role is being a mom to daughter Zariyah. Motherhood has melded perfectly with work duties. “It wasn’t that bad only because she was such a good baby. I work from home, but when I am in meetings or anything, I take her with me. Everyone knows that wherever I am and I have to be, my baby has to come with me and she just sits there and watches. It’s beneficial to me to be able to stay at home, be a CEO, and also have this work-life balance.” She wants to demonstrate to her daughter that anything is possible. “I went to college and moved to LA where people just kind of learn as they go. I want to give her that opportunity. If she wants to learn something outside of college or go to college or have any type of job or anything that she wants to do, I want to set an example, like just take the risk. If I wanna do something, I don’t think too much about it because then you just stop yourself. So I really just wanna teach her to just go for it while you can. Don’t feel like you’re stuck at a job or stuck at a certain place in your life. Just go for it. And don’t be afraid because you’ll always have me to fall back on or any of your friends and family. I want to teach her how to build that circle so that she can feel confident in doing what she wants to do.”

On the business front, Alyssa is planning to build SCA into a formidable talent agency with multiple hubs. “I really wanted to start doing those little content houses and I haven’t been able to meet some of my talent because of the pandemic. It’s crazy that we’ve been working together for so long. We’ll be meeting at the end of April, so I’m really excited. I just want to continue to build this safe space for our talent and build relationships with brands. What I’m also starting to do is building a small network in the major cities. I’ve been reaching out to makeup artists, photographers who are starting up. If we ever have to go somewhere, I’m building that network to also build them up as well with our talent. I’m creating a community with SCA.”  She prioritizes the personal and professional growth of her clients above all else. “It’s super important to continue diversifying influencer outreach because you see white creators getting paid more than diverse creators, whether it be people of color or within the LGBTQ+ community. I’ve seen it firsthand with brands, working at a brand myself. I really want to make sure that we create this diverse pool so that we build this strong network and know you can’t bully us into low rates. We know our worth! They know their worth without me. I want to give them a voice. I really want to create this safe space for them and to be their voice if they don’t feel comfortable. I’ll be the bully if I have to!” Alyssa is someone that you always want to have in your corner and under her guidance, SCA will thrive. 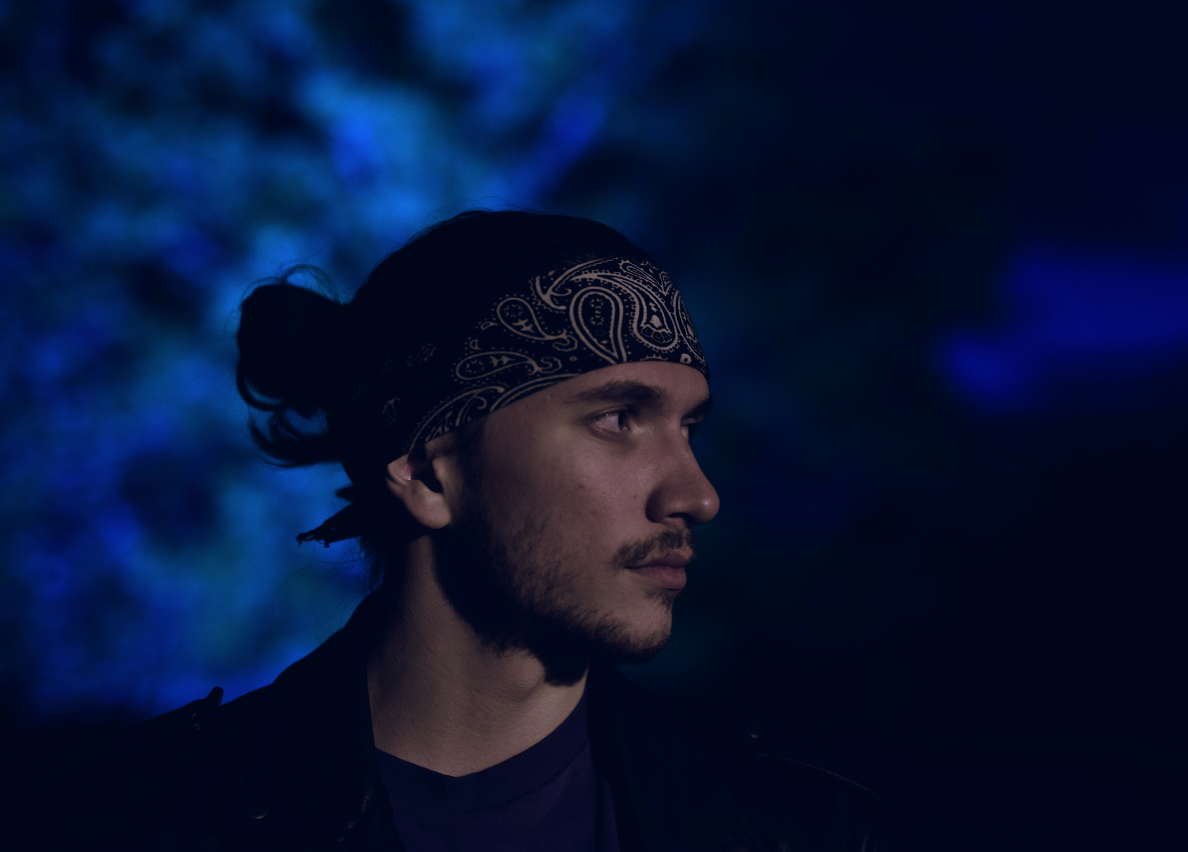