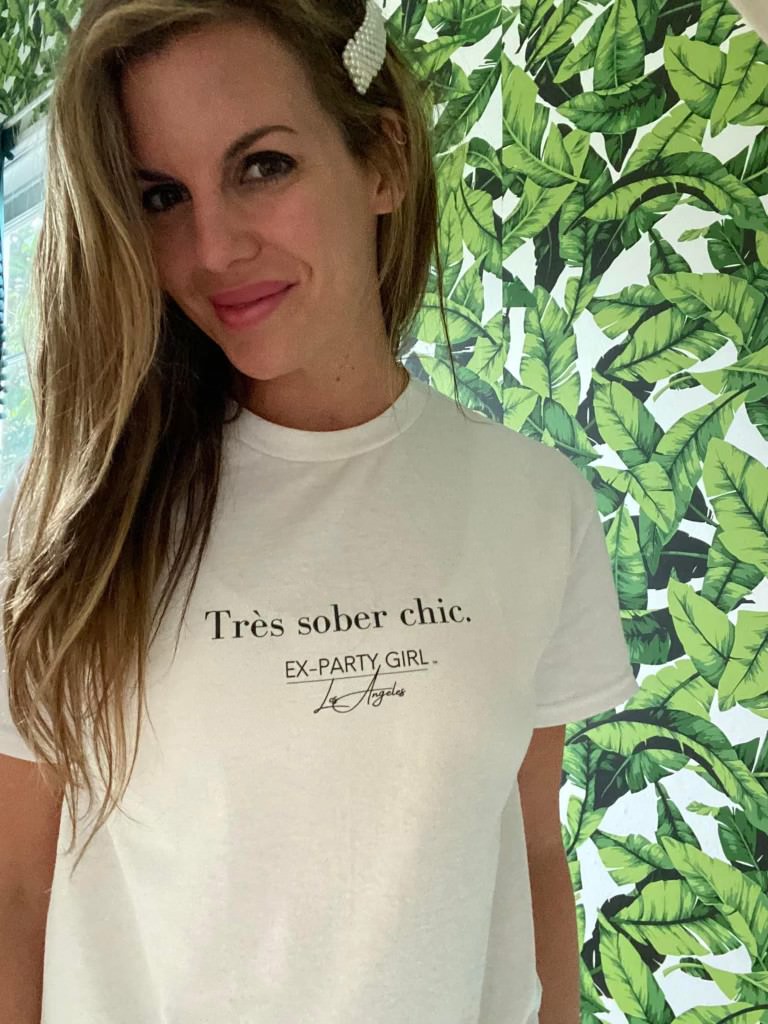 To the outside world, Ashley Allen lived a glitzy life. In reality, the socialite felt trapped in a gilded cage. “My partying days started off exciting and wild. I would go to Vegas monthly – sometimes for just a night. Fly in, party, fly out the next morning – I did the bottle service, the glam, back when Pure Nightclub and Tao were the hot spots and real celebrities hosted. Running around NYC where partying at all hours was completely normal. Frequenting Les Deux, Sunset Marquis, and Hyde in LA back in the day. In Aspen, it was Caribou Club. I’d hit Miami and be seen at the Delano Hotel way more I want to admit. I experienced a wide range of things because of that. I was exposed to a world of glamor. The free spirit, no ties attitude was fun for a while then the excitement wore off and in came the emptiness, chaos, depression, isolation, anxiety, and heavy shame. Every night felt the same. The drama felt the same. The shame after drinking and all that comes with it got heavier and heavier and the negative consequences came from my drinking. It was dark and I had no choice but to drink so I would not feel feelings or think about my reckless behavior, the people I may have hurt the night before, the drama I caused. The next day apologies were getting old… for the people in my life and myself was quite frankly sick of making them. I would swear to myself and others that I would change, get my life together and I would truly mean it only to go right out later that same day and drink all night. Towards the end, I was way worse than a party girl. I was an alcoholic and my addiction to alcohol got progressively worse. I was at death’s door and the party was over. The truth is the party had been way over and instead of being a frequent club hopper, I became a frequent face at hospitals and rehabs.”

Alcohol made Ashley feel empowered and unstoppable – until her addiction started to catch up with her. “I didn’t start drinking until I went to college back in Texas. I remember taking my first sip of alcohol and feeling strong, big, important, beautiful, fearless. I became a Costume Designer for film and television and my addiction thrived in this environment where my behavior was ‘normalized.’ I hid my drinking for a very long time. At this point, my drinking became a necessity. I would shake and go through withdrawals if I didn’t have it. I didn’t know how to function in a sober mind set. Working on different films worked for me and my addiction. I would finish a show and be off to a new one right when things were starting to fall apart, or people were figuring out my secret. My addiction has followed me everywhere, so naturally it made its way to LA with me. Once in LA, it became more normalized for me because of the people I was hanging around, not necessarily the city. I love Los Angeles. I got sober here.” Many find themselves seduced by the LA party scene, so it’s vital to keep your head on your shoulders. “I will say that if you don’t know who you are or are easily susceptible to things, this city will eat you alive. Stay close to your morals, guard your heart, and hold onto a healthy self-esteem.” 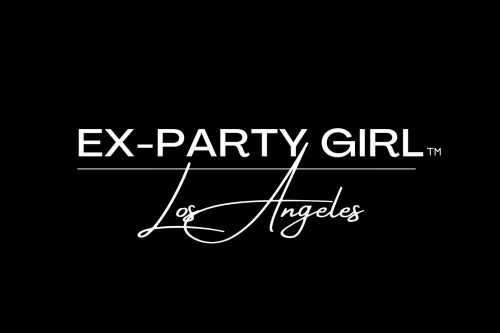 She decided to launch her fashion brand, Ex-Party Girl LA, as a way to free herself from the cycle of shame. “I was a raging alcoholic and shame kept me spiraling and sick for so long. I couldn’t share with anyone what I was going through or what was behind all the glamor and partying – the emptiness, the suicidal ideations, the anxiety, and severe depression out of fear people wouldn’t like me or think that I have ‘issues’ and I did. The truth is, everyone saw that I had a problem, I was just late to the party and the last one to know! Ex-Party Girl is for me to use humor and negate the shame that sometimes pops up for me on past mistakes and behaviors. It took me a while to forgive myself for things I did in my addiction. I realized I must love that part of me too. I must love the girl I was – she was lost and scared to appreciate and honor the girl I am now. Those experiences gave me purpose. I have a brand now that helps others realize that life is amazing without drugs and alcohol. I used to drink to feel the true joy I feel today. My favorite product of mine is the best-selling ‘NOT VODKA’ water bottle and side note: I used to drink vodka out of a water bottle. This was a shameful thing I did in the past, so I embrace it with humor now. I can’t tell you how many people have told me they used to do that also. That is why Ex-Party Girl was started. When I tell my story, I give permission to tell yours. This brand is my story. I hope it saves lives and gets people talking about what’s going on with them. I want to normalize getting well and talking about the hard stuff. Pain and addiction thrive in silence.”

A key component of encouraging others to face their addiction is to destigmatize the way that society perceives and reacts to it. “Alcohol culture in my opinion is different from addiction. I just know that I do not drink like other people, and I know that deep down to my core. I have no issue with people enjoying alcohol. I serve it at my dinner parties and have tons of friends who drink normally and enjoy themselves. I have an issue with alcohol and myself. My platform on shame and addiction is directed at society not understanding addiction and inadvertently or purposely shaming those who struggle with it. Society can give the message that it’s ‘not cool’ if you show your struggles or get real. We look at Instagram and see people going on vacations, having seemingly perfect relationships and we think we must be that way. If we give any indication that our lives aren’t perfect, then we will be exposed and judged. We are already ashamed of ourselves in addiction. We don’t need people or the feeling of people judging us as well. Let’s make authenticity real. A lot of people are coming out with their stories and struggles with addiction and mental health, including a lot of celebrities, which is helping normalize this tremendously. I want you to feel safe to share. Shame kept me drunk for over 12 years and I don’t want that to be your story.” 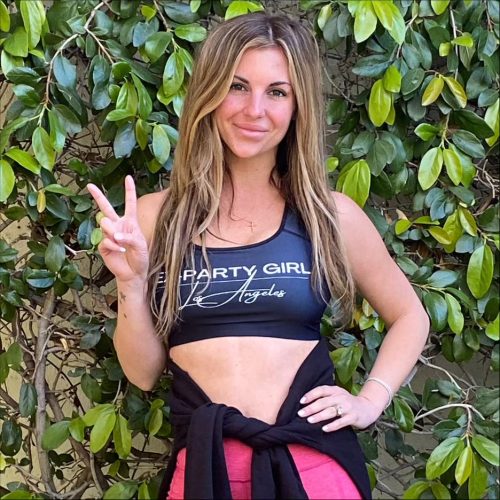 Ashley had to hit rock bottom to rise to the top. “Desperation saw its window and I took it as a turning point. Desperation was a gift for me. Sick and tired of being sick and tired. Sick of feeling physically sick, mentally ill, alone, isolated, depressed, hopeless. Hopelessness got me sober. I had a powerful spiritual experience early on in my recovery and I know that my life was spared so I would help others. That was the deal I made: to pay it forward. Today, I am engaged to a man who knows my full story and loves me despite my past, a brand that I hope reaches others plus my family and I are closer than we have ever been. I have two dogs, I love to play the piano, host dinner parties, do yoga, and garden. I am a part of a nationally ranked all women service organization in Los Angeles that does amazing work in the community. I work with men at a drug and alcohol treatment center two days a week and for once my friends love hearing from me and no longer block or screen my calls. I know I’m a miracle. I stay in gratitude a lot and two years later (sober date 2.25.20), I still cry when I share about how it was and what it is like now. I live life now and I don’t want to escape it anymore. I used to drink to feel the way I do naturally today. Not only did I become the woman I was always supposed to be, but I’m better.”

She wants customers to find new ways to embrace their future. “Ex-Party Girls are fun! This is not about being boring or old. It’s the opposite. Be bold, be loud and live your best life. I can’t tell you how many messages I receive from people sharing their stories or identifying with a product.” She views her own experiences as a badge of honor. “I’m a warrior…a hilarious warrior. I am not ashamed.” Watch out for new things coming from her brand! “There are so many exciting things in the works for Ex-Party Girl but one thing I can share is an interactive, fun, workbook which will be available later this summer.” Be sure to check out their website as well!

Lucy & La Mer Wants You To Go On An Adventure in Her New Song, “Discover” 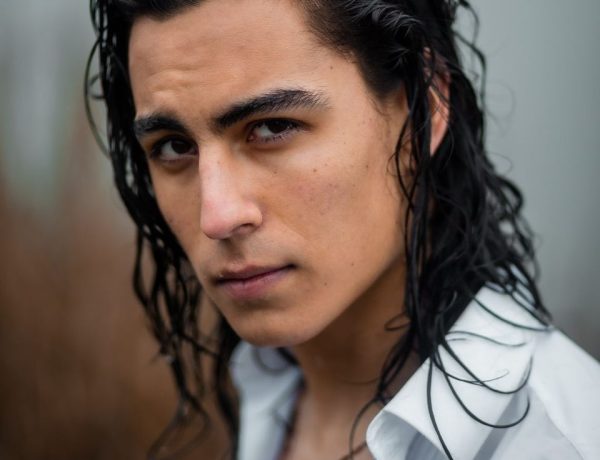 A Deep Dive into Chatbooks with Co-Founder

The Kardashians: Why Kendall Jenner Says Having a Baby Feels "More Real" Than Ever