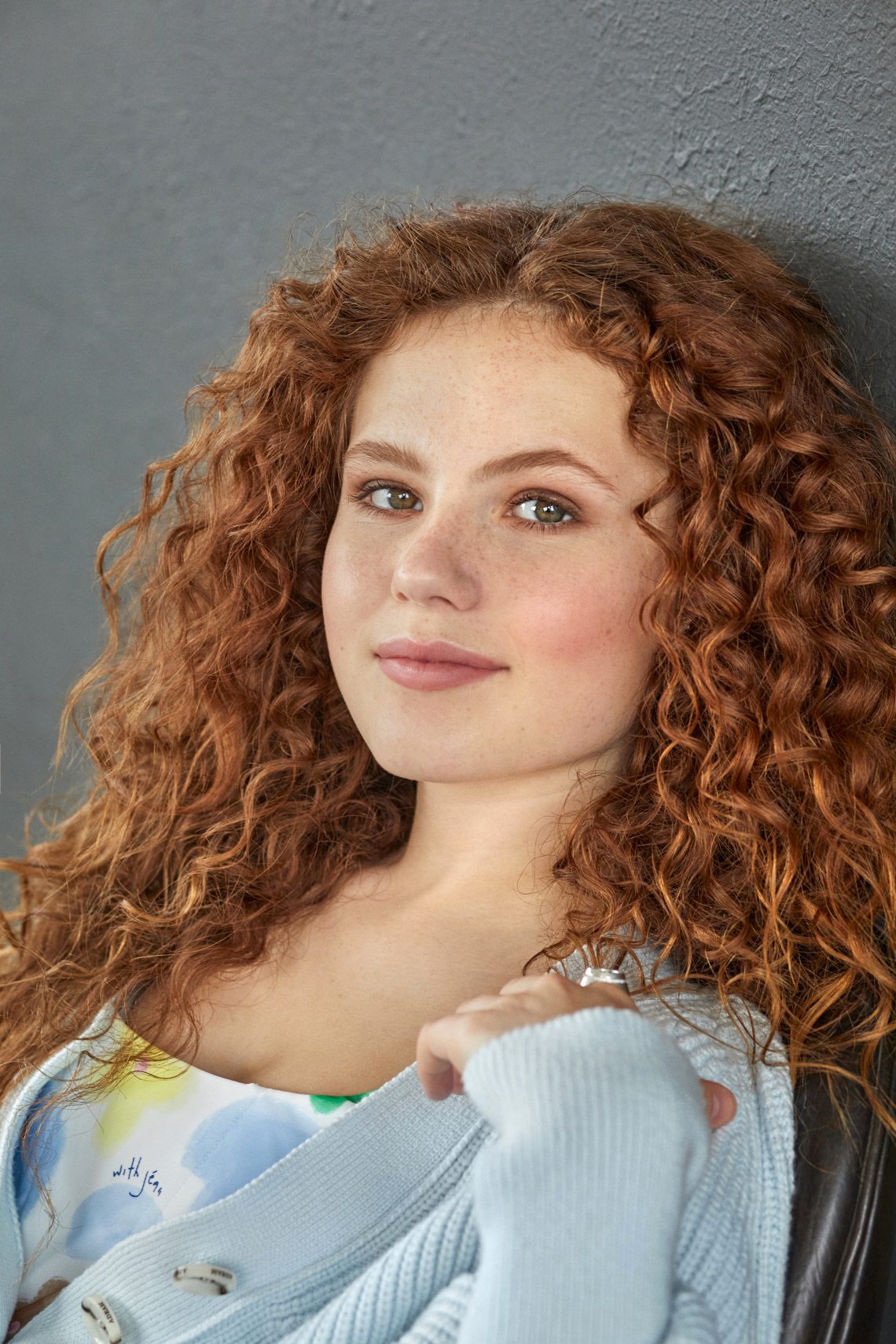 Darby Camp considers acting to be a gateway to the world. ”I love the opportunity it gives me to travel to different places and meet so many different people,” she says. A favorite memory of hers was simply being welcomed by her co-stars during her earliest major role. “One of the first roles that was really meaningful was for Drop Dead Diva. I loved it because I got to spend two weeks in a hotel in Atlanta and hang out with the kids playing my older siblings. I was only 6, but they played with me and made me feel so included.” Things are thriving in her career in the present day. She is currently starring in Starz’ new series Gaslit as Marty Mitchell opposite Julia Roberts and Sean Penn. “I’m really proud of the work I’ve done and recognize how special these projects are. I know the most recent success I feel is really linked to the direction of Matt Ross and the super talented actors that surrounded me.” 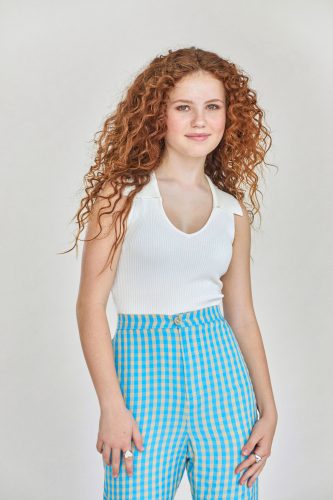 Gaslit chronicles the crumbling of the Nixon era right alongside the contemptuous marriage of Marty’s parents. “Gaslit is a Watergate story you haven’t heard before because it focuses on a family behind closed doors and less on President Nixon and the actual crime. It’s like being a fly on the wall watching the fallout of a political scandal. I play the daughter of John Mitchell, who was Nixon’s Attorney General, and Martha Mitchell, who kind of blew the lid off things and caused a lot of trouble for the Republican party, so home life gets pretty dramatic for Marty as she’s caught between two parents who have this love/hate relationship.” Darby couldn’t wait to sink her teeth into a period piece. “I like getting to visit different eras by wearing the clothes and walking around the sets of those times. It feels like being in a time machine because everyone does such a good job of creating an authentic 1970s atmosphere. I loved the cars the best! The clothes got to be pretty uncomfortable and hot, so it gave me an appreciation for today’s fashion!” Channeling Marty’s vintage vibe was all about the hair – and the glasses, of course! “It took about an hour to straighten my hair and add a hair piece for my bangs in the early episodes. That was the longest part. Marty didn’t wear much makeup. Once the glasses were on, I felt like Marty was ready!” 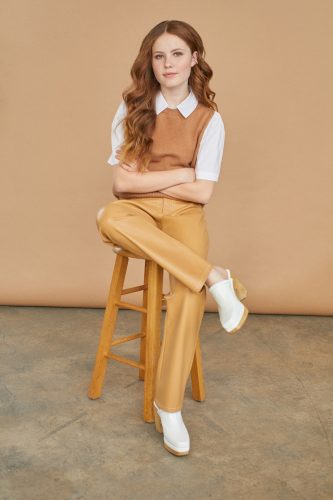 Having the opportunity to work alongside giants like Roberts and Penn still leaves Darby awestruck. Naturally, it was difficult for her to disguise her admiration while playing an angst ridden teen. “I still can’t believe I got to work with them! So many scenes I am just sitting quietly as Marty trying to ignore my annoying parents but I’m also Darby sitting in a front row to a Masterclass in acting. It was hard not to just want to look and watch and enjoy the show. I’ll never forget a scene where I am looking down from a balcony at them as they have this intense scene. It was a long take, and they moved all over the living room. Their commitment, focus and vulnerability to each other was impressive. It really was like watching a dramatic play from the balcony seats.” Marty struggles to come to terms with the cavernous cracks appearing in her parents’ love story. “Marty sees how good her parents are to each other during the early years. I mean, they really love each other and have a pretty magical romance so when the fighting starts and is equally intense, Marty just wants to look away. She becomes withdrawn and spends time reading novels and watching movies and seeing what she can get away with while parents are paying her zero attention. I think she tries hard to make sense of everything and tries to find a side to be on but neither ever really feels like a good choice. I’m sure Marty suffered from witnessing that marriage fall apart, but I hope she went on to have a happy, balanced life.” Darby concedes that choosing between her on screen parents would be an impossible task. “How could I ever choose?! They are both screen legends and the best is getting to work with both of them at the same time! The chemistry they have together is next level!” Look no further than this trio to transform family dysfunction into must-see TV. 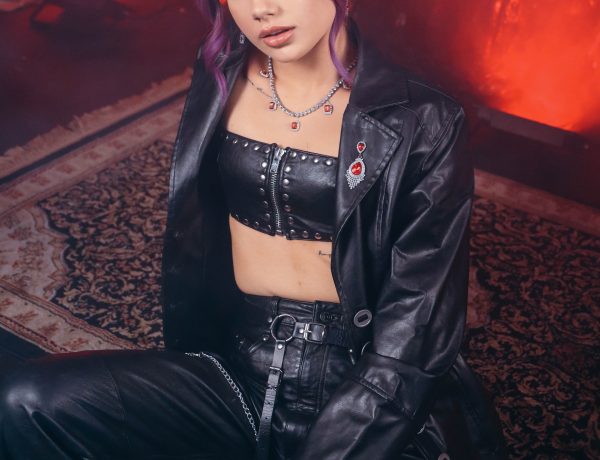 Eliza Bennett Proves ‘Sweet/Vicious’ is the Show to Watch