Written by Erin Tatum
0
Katy Davis quite literally can’t remember a time where she didn’t want to act.  She was scrutinizing other actors performances by the age of five. This tenacity came in handy when she chose to move to LA (without knowing anyone!) nine years ago. After adding some more impressive voice-over credits to her collection, she now graces the screen in noir detective thriller, Motherless Brooklyn, in which she plays a young Irish secretary  encountered by Edward Norton in his quest to solve the twisty who dun it.

Cliché: How did you discover your love of performing?
Katy Davis: Honestly, I never remember a time before wanting to be a performer.  In fact my earliest memory is at the age of 3 of asking my Dad to “give” me an audition because I thought it was something that he could physically give me that would make me an actor.  At age 5 I remember watching Australian soap operas at lunchtime and then rewatching the repeats at dinnertime to see if I could catch the actors doing something differently.  So I suppose I’ve always had a fascination with the world of acting and performing.  When I was 12 I started taking speech & drama classes at The Betty Ann Norton Theatre School that also acted as a children’s agency in Dublin.  They got me my first audition (which I booked!) and the rest is history!

When did you decide to move to LA? How was that experience for you?
I moved to LA nine years ago not knowing one single person.  At the time it all seemed like one big adventure but looking back now I’m not quite sure how I did it.  There were so many challenges and obstacles I had to deal with that I never could have imagined sitting in my bedroom in Dublin planning the move.  In fact my husband quite often asks me to stop when I start telling stories of my first few months alone in LA!  I truly believe though that your life shrinks or expands in proportion with your courage – so without that courageous move nine years ago we wouldn’t be having this conversation today…

You did voiceover work for Avengers: Age of Ultron. What was it like to have the opportunity to be involved in a Marvel movie?
It was so fun!  The best thing about Avengers: Age of Ultron hands down was working with the legend that is Joss Whedon.  Even though the additional voices at the end of the film making process may not seem very important to some he was present and engaged and grateful for our work (plus I was a big Buffy fan growing up!)

You’re an established voiceover artist! How does voice work compare to acting on screen?
I actually started doing voiceover work as a child actor in Dublin and never really stopped!  It always felt like such fun for me rather than a job and I adore the freedom there is behind a microphone as opposed to a camera.  With voiceover I’ve been given the chance to play roles and voice characters I would never have gotten away with on screen.

Talk about your new film, Motherless Brooklyn.
Motherless Brooklyn is a smart detective thriller, set in the 1950s and presented in the classic noir style which I think makes it both timely and relatable. The story focuses around Lionel (Edward Norton).  When Lionel’s boss and only friend, Frank (Bruce Willis) gets into something bigger than he can handle, Lionel is determined to find out who was behind it – and why.

The principal character, Lionel, has Tourette’s. You don’t often see Tourette’s portrayed onscreen. Do you think this portrayal will help dispel some of the misconceptions around the condition?
I hope so.  I think any time a condition can be portrayed on screen in a truthful, compassionate manner then the likelihood is high that audience members will connect and feel empathy on a human to human level.

What role does your character play?
Welllll I can’t give too much away as the entire plot of the film is one long who dunnit.  Set in NYC, the role I play is that of a “fresh off the boat” young Irish girl.  She works the front desk at an office where Edward Norton’s character encounters her on his journey to solve the mystery…

What was it like working with such an all-star cast, including Edward Norton, Alec Baldwin, Bruce Willis, and Leslie Mann?
I only worked opposite Edward Norton but it was incredible.  He’s a fiercely talented and generous actor as well as director, writer, producer and screenwriter (he wears all those hats on this particular film).  There was room for some improv within the written scene and the whole experience felt very collaborative.

The film is set in 1950s Brooklyn. Was it interesting to learn about life in New York in the 50s?
The attention to detail on set was breathtaking.   Down to the manual typewriter sitting on my desk.  My wardrobe, hair and makeup were also such a treat as they stayed true to the classic noir style.

On a totally different end of the spectrum, you also play Valkyrian Prime in the Star Wars parody series, Troopers! Do you consider yourself a Star Wars nerd?
Ha!  Not at all!!!  But I’m an actor and I love a challenge so I jumped at the chance to play Valkyrian Prime.  She’s described as “a force of raw evil known as “The Mistress of Management” & “The Iron Consultant.” She is confident, deadly & ruthless.”   Honestly she was a dream role to play.  Someone who doesn’t care about what anyone thinks of her and has all the power in almost every situation.

The tone of Troopers is definitely a combination of Sci Fi and wacky comedy.  My job was mostly to be the straight man to the College Humor cast members with all the jokes and one-liners but I’ll take it! 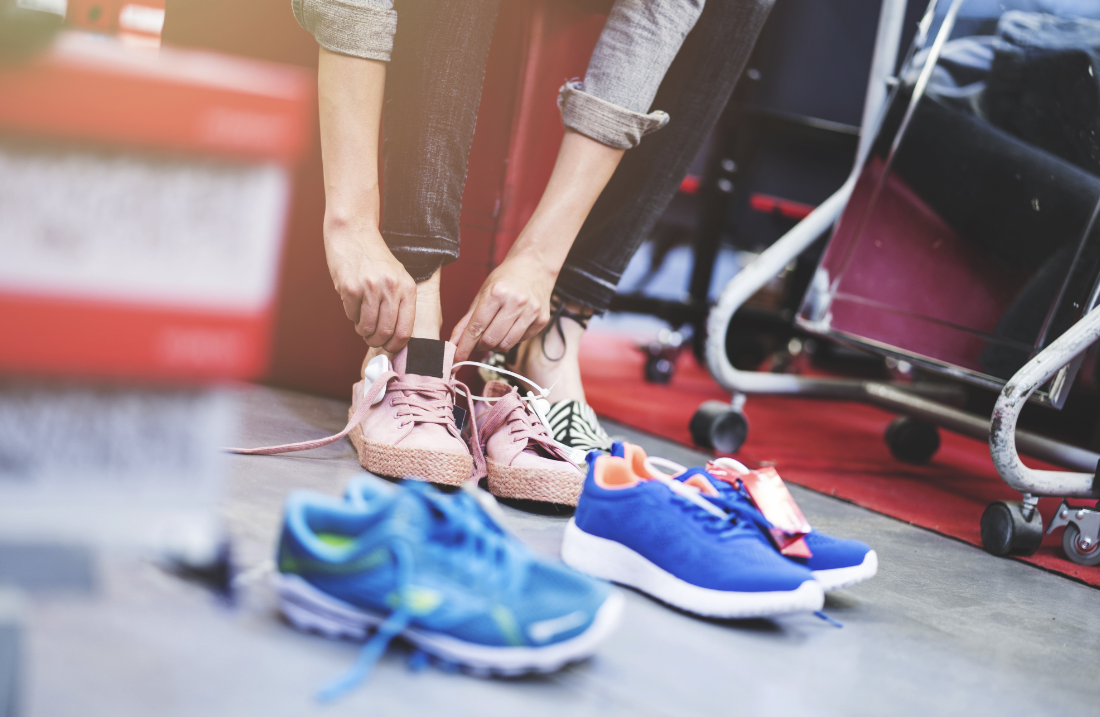 A Guide to Choosing Sneakers: From Functional to Stylish

7 Ways to Look Sexy in the Winter Cold

Haven Dishes on LA Romance in New Single, "Swimming In Your Feelings"