Navy One Piece ZACHARY THE LABEL

As a young girl, Scerbo loved performing through dance, music, and acting, and when she was 4 years old, she claimed that she wanted to be an actress when she grew up. “It sounds kind of cliché, because I feel like every little girl has dreams of being an actress or a pop singer, but all of those things were always a passion of mine. It never swayed or faded; I never grew out of it.” To help fuel those passions, Scerbo attended the Actors Workshop of South Florida when she was 8.

When she was 10, she began signing with multiple agencies, and it was then that she booked her first role: an extra in a Burger King commercial. “To this day, I don’t think I’ve ever been more excited for anything, and mind you, it took zero talent. To this day, I’ll never forget that my mom put a neon poster up that said ‘Congratulations.’ I was so excited.”

Since then, Scerbo has done a number of projects, including Bring It On: In It to Win It and ABC Family’s Make It or Break It.

Scerbo is also a big proponent of charities and has started her own since moving out to Los Angeles. As part of the Boo2Bullying organization, her Band With Me campaign was created as a way to draw people together.

“I saw a video online that was very disturbing to me, and I said something about it on my Twitter account,” she said. “There were so many people who responded to me and shared stories, and there was this one girl that sent me a picture of a band that she wore on her wrist as a reminder of what she’s been through and where she is now. I thought that was a great idea to connect people, so it’s a way to band together and stand for what’s right.”

When she’s not working, Scerbo loves to box, as well as visit her family back in Florida as often as possible. She’s also a large fan of traveling and recently returned from a trip to Europe. “My favorite place I’ve ever visited is Italy because that’s where my family is from, and it’s cool to see my culture,” she said.

As for what’s next, Scerbo is working on press for Sharknado, including a trip to Comic Con, and is figuring out her own music route, another passion of hers. “I do have a project that incorporates music and acting together,” she said. “I can’t talk about it, but I’m really excited for it.” 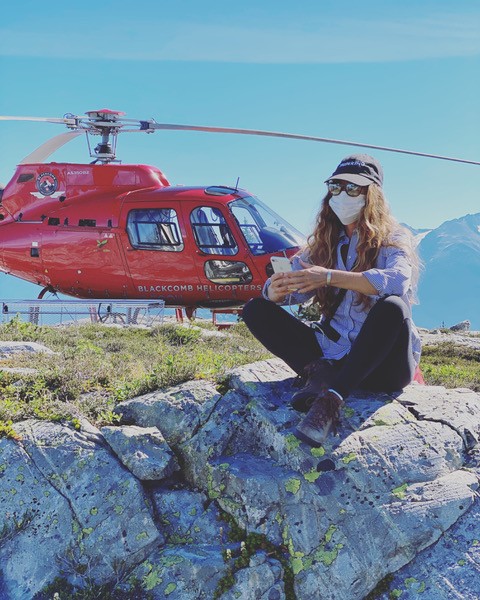