Rebecca Lamarche Enjoys the Sweetness of Love (and Syrup!) in “Sappy Holiday” 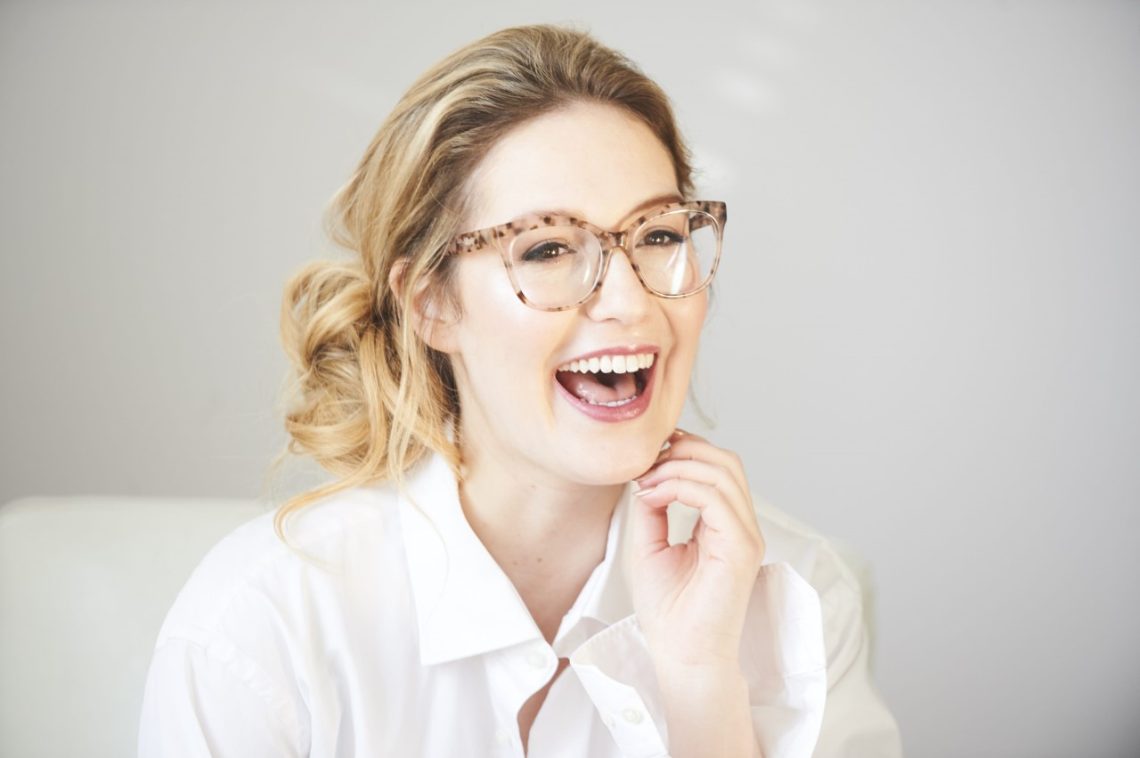 Actress, filmmaker, and producer Rebecca Lamarche could be considered the undisputed Yuletide queen, having been involved in a veritable cornucopia of Christmas movies. The season greets her with much needed warmth and good cheer. “I’ve always loved watching TV Christmas movies leading up to Christmas and they’ve sort of picked me back career-wise,” she laughs. “In terms of the season itself, I’ve been very lucky in that Christmas is a happy time of year for me – I know it’s hard for many. So, what I love most about the season is all the lovey-dovey feel-good moments leading up to a couple of big days you spend with all your loved ones together. I live in Canada, and it starts getting cold and dark this time of year but that only adds to the romantic-cozy atmosphere with candles, decorations, winter greens, and lights.” Within that, romcoms seem to find her. “I’m a romantic at heart. I truly believe that one of life’s greatest gifts is to love someone deeply and have them choose you back. Rom coms are a lighter, digestible take on how transformative love can be. They uplift people and provide comfort. On the filming side of things, they’re very fun to make. It’s a light atmosphere on set and the scenes are fun and playful.” We just can’t get enough of rom coms, especially around the holidays. “They are uplifting, comforting, and feel-good content. In a lot of ways, they’re escapism content. Whether you’ve had a bad day, are exhausted or are just looking to feel cozy, for 90 minutes-plus, you can slip into a less complex world with a happy ending. I really think they serve a purpose. I also think that, for a lot of people, it’s part of their personal tradition and how they get into the Holiday spirit.” 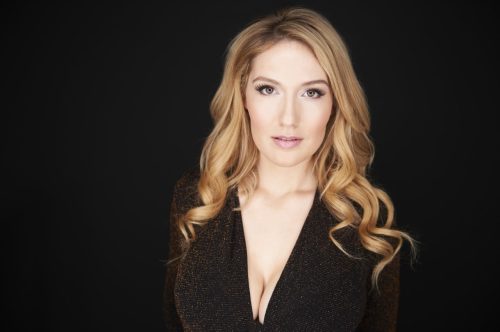 As you might expect, Christmas is a hectic time for Rebecca this year!  “I’m producing and am in the midst of casting an action Christmas movie throughout the month of December which will be, and has been, a lot of fun!  Once that wraps up, my boyfriend and I will head to my parent’s house for a handful of days and enjoy time with the family. We’re also hoping to go down south for some sun before my filming schedule picks up in January.” She’s starring in a new film, Sappy Holiday. “It’s a really sweet movie about listening to your heart’s desire and not settling in life for what people tell you to want….all set on a maple syrup farm. Filming Sappy Holiday felt like an artist’s retreat. The filmmakers, Brigitte Kingsley, Andrew Cymek and Patrick McBrearty are good friends in the industry who have been very supportive of me, so it’s always fun to have a chance to work with them. All of my scenes were done in this gorgeous rustic estate in the forest. Sometimes, between takes, we would look out the windows and watch wild deer walking through the snow.”

In non-festive endeavors, Rebecca is passionate about advocating for inclusive casting and more diversity as a filmmaker. “It’s something that started organically many years ago when I was promoted to Head of Casting working with Executive Producer, Beth Stevenson at Brain Power Studio.  At that point, specifically in this genre, there was a massive gap in representation within the BIPOC community and, still, within the LGBTQ2S+ communities,” Rebecca explains. “We found that there were a lot of talented performers within our local community who we wanted to champion and push for. Early on, I personally made it a priority to push for pay equity for people of color as well as for female performers. The formula can be tricky when it’s someone’s first leading role, for example, and yet systemic barriers have largely inhibited these opportunities. It all has to make sense and both parties have to feel like they’ve walked away having ‘won’ and having left something on the table. In the last three years, casting trends have dramatically shifted and now we’re competing for some of the same people who were previously overlooked – that’s rewarding to see. I find the LGBTQ2S+ communities are still largely underrepresented. Again, at Brain Power Studio, we make an effort to script everyday same sex couples within the world of our stories and an effort to cast people from within the community in roles that are not dependent on their sexuality. It’s so simple and yet we don’t see enough of it. In 2019, I casted and helped to produce a lovely movie titled Twinkle All The Way for Lifetime. In that movie, a same-sex couple share a kiss on Christmas morning like many couples do, in real life, every year. It was an authentic moment that came up on set vs. planned or blocked. As it turns out, this was Lifetime’s first on-screen gay kiss and Hallmark had not yet included any. Sometimes, by just reflecting on the real world, you can make history without even trying!”

She’s anticipating finally being able to fuse her strengths. “I’m at the point in my career where I’m excited to start combining my skill sets as a filmmaker and an actor, which has always been my long-term goal. I have two movies premiering next year, All Aboard for Love and Christmas in Maple Hills. I’m also supposed to be in a period piece dramatic series next year which will be filming in Canada and the UK! Lots to look forward to.” Now that’s something to be cheerful about!

A Conversation With a Rising Star, Shiloh Nelson Where Selling the OC’s Alex Hall And Tyler Stanaland Stand