Boston-based indie pop band Night Lights is bringing a new sound to this generation. With members from Japan, Mexico, Norway, and California, they have different musical backgrounds that come together to make a sound unlike any other. With all members coming from a spiritual background, Dag, Mau, Yusuke, and Jeff promote self-betterment in their music and encourage people to see the light in the darkness. From their debut EP Here We Come to their new EP Good Better Alright, out April 7, Night Lights is a name that will stand out.

The band met in 2011 while attending school in Boston. Dag and Mau toyed around with the idea of a band, but never really cemented the idea. Jeff was interested in “jamming with them” and with time, the guys got more serious. They originally had another member, but he got married and then Yusuke joined the group to make the band whole.

They describe their sound as “very underground indie sound with a little bit of angst in there from all of our youths.” According to them, they would fall under the alternative rock category with some “electronic pop” and “soulful hip-hop” thrown in. Their sound comes from a mix of inspirations from the bands they grew up listening to including Daft Punk, Dave Matthews Band, Phoenix, Foo Fighters, Nirvana, and Red Hot Chili Peppers.
Not only is their sound different from anything else, but their message is very special as well. The name “Night Lights” comes from the desire to “jump on the cliché of light and dark, good and bad. It’s a way of saying we want to inspire people to see the light in the darkness.” Mau referenced the night lights that you used as kids that kept you safe throughout the night; they want to inspire people to become the best they can be and become their own night light.
Their new EP Good Better Alright really ties the meaning of their band. The phrase “Good, Better, Alright” is a commonly used phrase for people going through depression. People can’t get out of the habit of saying “I’m good,” “I’m better,” or “I’m alright” while going through hard times, so this album takes us through the cycle of depression in five songs. The first song expresses how limited our memory is regarding people and love, which really sinks into the theme of depression. Then the album goes into “Felicity,” which is about choosing happiness over anything else. The final song, “Shades to the Rain,” talks about accepting the ups and downs of life and accepting the shades to the rain. While this album is about depression, it’s not a depressing album; it’s a cheerful album that promotes self-betterment.

While this album is about depression, it’s not a depressing album; it’s a cheerful album that promotes self-betterment.

What sets them apart from other bands is the meaning they have behind their songs and albums. According to them, they “don’t want to sacrifice meaning for making something pop.” They want their music to be something “that people can start a conversation about and open up to. We’re willing to make difficult subjects into music.” Not only is their music meaningful, it’s so different, because all the members came from different musical backgrounds. They came from “different corners of the world, bringing different things” and different influences that come together to make a different type of sound.
Even though the guys are doing well and producing music, they have had some difficult times. When asked what their biggest challenge was, they said, “Visa and being international in the States,” since they originally aren’t from the United States. Thankfully, they are now based in Los Angeles.
“It was a curse and a blessing at the same time,” Mau explains. They can’t make money doing anything else, so the band has to give their all to their music, which sometimes is tough to manage.
“We’re all creative people and sometimes it’s hard to lock down easy stuff, like scheduling, or the Instagram,” they admit. “We’re all dreamers and we’re trying to help each other feel more grounded, but it’s hard when everyone’s head is in the clouds.” They explain how it’s difficult to keep track of normal tasks, but they always stick together and make the best of it.

The band always hangs out together to maintain their closeness as a group. They describe their relationship as “a weird balance of business and pleasure.” The band members work together and they hang out together for fun. Spending time with each other helps them come together to improve their techniques as a band and to remain close as friends.
When the band isn’t hanging around, they are working on some new projects. Currently, they are working on some “new, new music” and they’re really looking forward to releasing their new EP and their new albums soon to come. They are even working on branding with music videos and social media. In the near future, Night Lights wants to keep working on their music and eventually “share their music to a wider demographic.” They also want to take the band to each of their hometowns in different countries. A little farther down the road, the guys want to tour the world, make a documentary, make a film, and musicalize it, as well as start an organization focused on helping communities.
Read more Music Interviews at ClicheMag.com.
Night Lights Releases New Uplifting Album “Good Better Alright”: Photo courtesy of Night Lights. Photographed by Thomas Bassett

The Inside Scoop with Selling Sunset Star Romain Bonnet 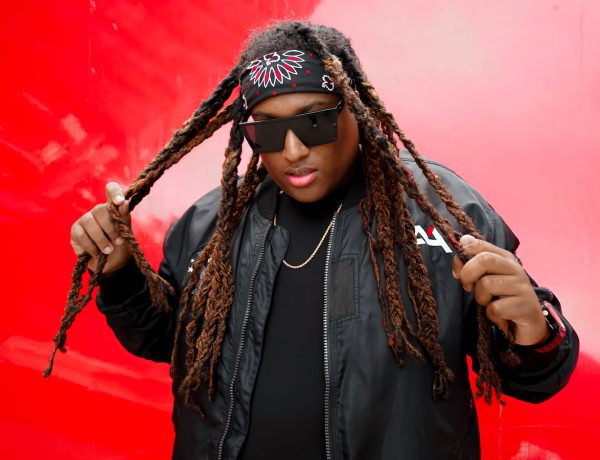