Phases Men Go Through Post-Breakup
You’ll never have him. At least, not any time soon. This guy’s given you the first red flag: he’s recently received his walking papers from his previous lady, and yet for some inexplicable reason, you’re still into him. Careful. Men that are damaged goods are poison for a caring soul, a slow-acting poison that seeps into the brain, paralyzing rational thought and critical defenses essential to one’s usual demeanor, turning the brain into mush, and eventually flowing into the heart where logic, by now liquidated, ceases and emotions, the contender of all reason, becomes susceptible. Don’t let this drive you insane, because your man is nursing himself, and if you want any idea of what he’s going through, then perhaps this can give you some insight.

His ex was courteous, I mean, she preceded his destruction with the following words: “We need to talk.” Those words, forged by a vicious tongue, are a bane for a man, because they will forever echo within the walls of his heart, and if you insist on hanging around, by all means, prepare to watch this game from the sidelines. Who knows–you might not even get to play.

It wasn’t a spear, it wasn’t a bullet. No–it was more like an incoming mortar round, loaded by the fates and fired by the gods. Give him a moment. He might say an eternity, but understand that he’s been shattered and requires some time to haphazardly glue himself back together.

He’s punch drunk, a man apart, and all other options (including you), however lovely, remain white noise in the abyss. During this phase, you’re dealing with a paralyzed man, deaf to all but his ex. Now and again you might get his attention, but it’ll probably be so he can hear himself talk about his ex, and you, obviously, are not his ex.

The man chooses exile.  Tortured constantly by things that remind him of what he can’t have. It’s gets pretty rough having to explain to his circle of friends (and family) what happened to his girlfriend and why he suddenly has enough free time to overstay his welcome wherever he goes.

Even Romeo was banished at one point in his tragedy. Granted, Juliet didn’t break up with him, but he was sent far from his one true love to a barren wasteland where the world seemed bleak and the sun remained set. Okay, that’s a bit much, but it explains the late night road trips to nowhere, why he always leaves his phone behind, and the overnight woodsman beard he’s grown.

During this time, the man will become a hermit, marinating in a soup of pain served boiling hot, and garnished with a touch of shame. He doesn’t want to be seen. He’s hated, embarrassed, confused, and lost.  In his mind, he’s been deemed unfit to love. Forgotten.  A castaway.

The Monk, then The Playboy

At this point he’s already sat through beer-guzzling marathon sessions of Drake’s albums, while if he’s poetically inclined, writing terrible poetry of his current stalemate with what, according to his recent couplet, he considers to be love. His ex is his phantom limb, he still feels her, but sees nothing there–in his heart (this is a bit much).

However pathetic this phase may be, this is truly his zenith. Everything comes together here. His baptism by fire: the shock and awe, the late sleepless nights, the shaggy wookie faced appearance, the countless voicemails he’s sure she’s listened to even though he’s been told she has a new number and the old one was passed down to her younger preteen sister–which totally doesn’t stop him from sending those messages still–and ultimately, the moment of clarity, the fact that she no longer needs him in her life. Yes, he finally gets it. The brain has finally recovered. The heart, though scarred, still pumps. He has a new foundation of self, and though he has rebuilt himself, brick by brick, as supposedly new and improved, he’s unforgivingly left out the doors and windows and lacks the mortar to hold himself together.

On any day he’s either the hero or the villain–two-faced–and sociopathic-ish enough to disregard you and anyone else he deems a threat to his new VHS-tape fort of new found self. His undying love for his ex has become nuclear fuel to his principles, there’s a period (it varies in length) of super no-sex laws established, because it’d just be weird–yes, ladies, the penis can be frugal–and if you’re interested you’ll just have to wait (again). Oh, and just brace yourself Miss Patience, because once this monk-like phase is over, it’s going to get sticky.

The period of abstinence could take weeks, months, but it also happens to takes days or hours, which basically means take every bit of love-related astrology predictions with a huge grain of salt. Anyway, his eyes eventually start to stray, and the body demands something that can’t wholly be satisfied by self gratification. He was prohibited from seeking pleasures from other ladies, but this is something he has to ease in (I’m just saying).  Why, you might ask? Well, because his she-devil ex will still cross his mind, and the thought of being in bed with some stranger (or one of her friends) is none too arousing for him. However, that discretion gets tossed right out of the window once his primordial and, yes, scandalous hormones get all Games of Thrones-y. He’s rated-R and that G-rated period of abstinence did nothing but cage a voracious and sex-famished beast driven by one super sexual desire, there’s a reckoning, and he’s coming.  He’ll frequent several social establishments, and once there, peacock to the max to draw in his game; and satisfy his lusty desires.

Sad to say this phase can last for years. Some men just never get over it. Now, if you find a man in this phase, where he’s always out and about, has a new girl every week, and is clearly hell bent on never settling down, in terms of the single-life where he makes it clear (to you) that love is a fool’s errand (and you were totally like, “Oh my god, I know right?”), then this is where you will have to make an executive decision. Will you wait for him to rediscover himself, and discover you? Or will you leave him?

The End of Cuffing Season

Fashion – the Power of Social Proof 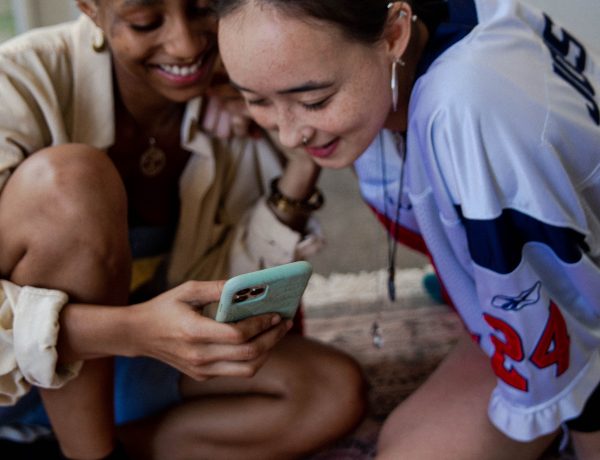