Coming straight out of Canada, Mia Martina is causing a whirlwind in the pop industry with her latest hit “Danse” featuring Dev. Martina recently released her new EP, La La Danse and is currently brewing both a North American and European Tour for her upcoming works.  As the pop world anticipates her next release, Martina’s eager fan base is buzzing about what is sure to be a captivating live experience that will only further push Martina further into the spotlight many have known she has been ready for. Cliché’s Heather Glock asked the Canadian writer and singer about her inspirations and what can fans can expect this summer.

Cliché: You said in an interview that “The Canadian music scene is a bit smaller than the scene in America…” With the success of your last album, Devotion, has the American scene become overwhelming?
Mia Martina: No, not at all. It’s amazing to be able to share my music in America since it’s such a competitive market. The beautiful thing about music is that it’s universal and being able to share it around the world is such an incredible feeling for me.

In an industry where women make up a large portion of the pop/dance scene, do you find it intimidating or more comfortable to be among a crowd of women?
I am confident sharing my music alongside other artists, male or female, because we all have our own perspectives and experiences, and that’s what music is all about. To be honest, it’s amazing when women can share a stage or rule the charts together! That’s girl power!

What does writing music mean to you, being that you get to create your own sound base off of your personal creativity? What makes you wake up every morning with a beat in your heart that you have to vocalize/construct?
It’s an emotion and part of my spiritual journey. It’s like a musical diary that I am able to share with the world. The best way to describe my feelings is through music.

When you take the time to compose your work, what do you normally create first, the music or lyrics?
It really depends on the day and how I’m feeling, but for the most part I start with the melodies first, then visualize the story behind the music. That usually sets the tone for how I write.

Are you an artist where you write during an emotional (good or bad) time or after the dust settles?
Being happy or sad never changes my creativity, it fuels it. Because I am a passionate person, those feelings can really be felt when you hear the music that was inspired from those emotions. I guess you can say I’m an “in the moment” kind of artist.

You have released songs in Spanish and/or in French. What makes you want to reach back to the intimacy of one’s roots and share it with your fans?
It’s an amazing feeling to be able to communicate through my music in different languages. When I sing in French and Spanish, I feel that it’s very romantic and from the heart. It flows very naturally for me and brings a very international sound. My roots are why people connect with my music.

There are so many different elements happening in your music video for “La La… Danse,” such as a panther in your car and performing with Dev in a burlesque/ old studio setting. What was it like shooting such an eclectic video?
It was the most fun video to shoot! It really was like we were in a time capsule. From the costumes to the vintage cars, all the elements in this video were super entertaining. Dev brought such as amazing energy to the record and video. It was really great to collab with her on this.

Was there anyone in particular that inspired your provocative lyrics for “Danse”?
[Laughs] No, it was just a great “in the moment” record, and as soon as I heard the beat, I just wanted to dance the night away. It just felt so right! That’s why I called it “Danse.”

Will we be seeing more videos soon, and any possible touring?
Yes, most definitely. My album will be coming out in the summer alongside a North American tour and European tour as well! I can’t wait. 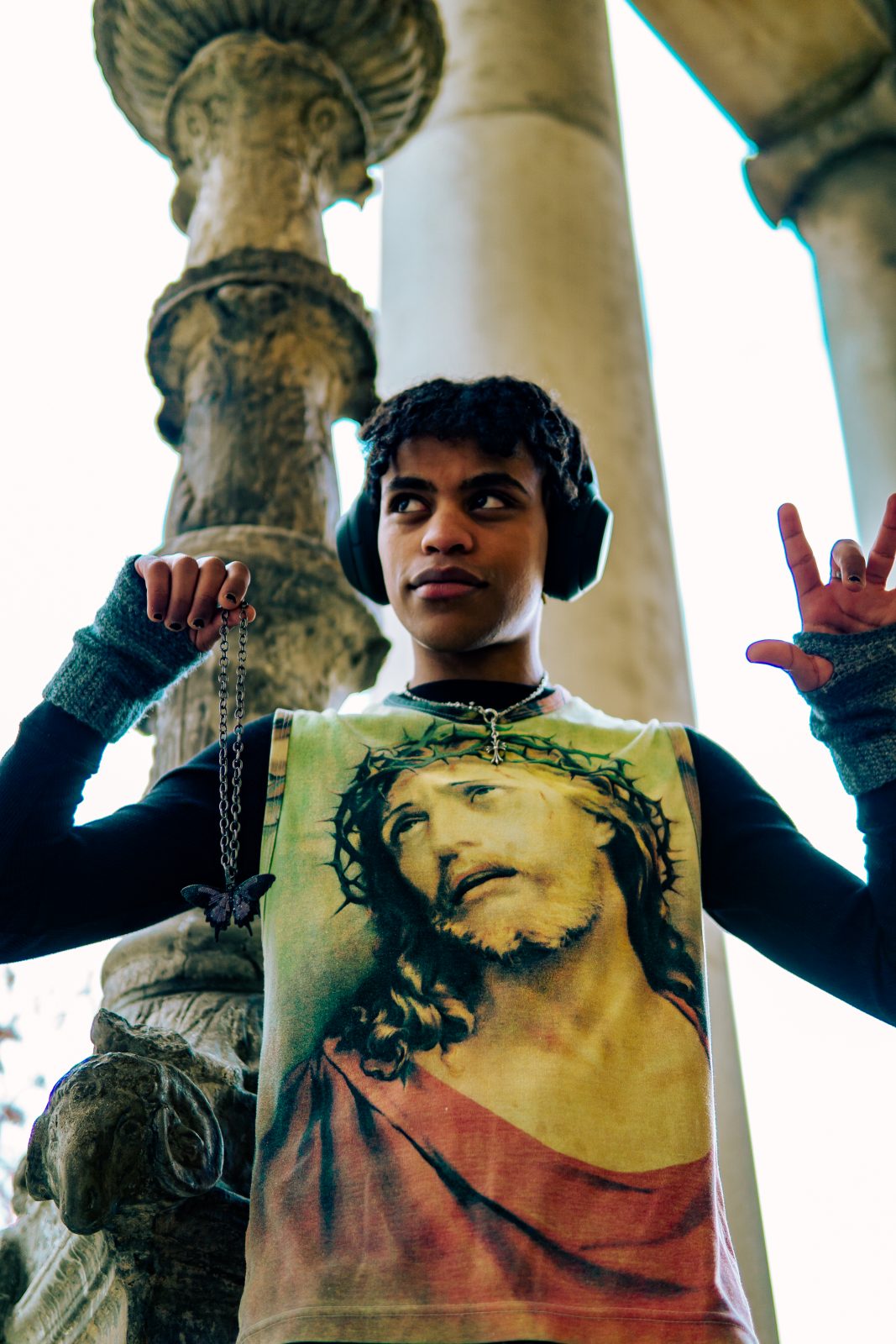