I The Mighty are no strangers to the shores of New York, but July 12 marked a new transition for the band. They played their first Warped Tour on Jones Beach, and they proved that they have what it takes to join many of the veteran bands on this long and exhausting summer festival. We asked Ian, Brent, Blake, and Chris about their new released single, “Love Your Sin,” and what their favorite food places are to hit on tour!

“Love Your Sin” is your new single; it is reminiscent to Thrice but in modern day while still holding true to what makes I The Mighty such a special band. Did this direction come natural in growth or was it a more calculated effort?
Brent: It was pretty natural. We’ve never really sat down and said, “This is the direction we want to go in,” we just kind of write stuff and it just happens that way.

You recorded LYS as a standalone single. Was it uncomfortable recording just a single without having an album to share the concept?
Ian: I think it was almost a little harder because when you’re recording just one song as a single, it almost puts you in a box; you have to make it sound a certain way. When you’re doing an album, it feels like you’re freer to write whatever you feel like writing.
Brent: Yeah, and this was the first time we were asked to write a song to be used as a single. Even for Satori, the guidance was kind of, “write what you guys like and keep in mind that you need a couple of songs to push.” This was the first time we were actually asked to write a single, so that was kind of interesting. We wrote four different songs and then took other pieces of other ones that we liked and put it into one song.

Are you nervous about performing this song live for the first time at Warped Tour?
Chris: No. We did a little headlining run out here and we played it on the way out, so we’re just starting to settle in and starting to play it more comfortably. The first few shows—it’s always… it’s not rough, it’s just always different playing new songs and adapting stage presence and all that fun stuff, but it’s coming along really nicely now.
Brent: It’s really challenging to sing, so I’m a little nervous. It’s the hardest song in the set to sing.

Now, out of all the states that you’ve been to and will be traveling to, what have been your favorite food pit stops?
Chris: Now we’re talking! We’ll be near Chicago, and west of that is a city called Naperville, and they have one of our favorite dessert spots called “Cookie Dough Creations” where you can get a cookie, a cookie dipper—or cookie dough, ice cream, and another cookie on the bottom. Basically it’s an ice cream cookie dough sandwich that we like.
Blake: I think collectively, our savory spot is Ferellie’s in Kansas City.
Chris: Ferellie’s Jack’s Steakhouse in KC, so that’s going to be nice.
Blake: Last time we went in there we were in the van for like a day and a half…
Chris: And we smelt terrible!
Blake: And it’s a nicer place, and they sat us in the very back, away from everybody.
Chris: And rightfully so, and that’s what happens. We like to eat anything!

If you had to define your musical talents as a flavor of ice cream, what flavor would it be?
Ian: I’d be chocolate chip mint… because I’m fresh.
Chris: For me, the left side would be a protein-style healthy vegan, and the other side would just be all the worst things in the world. Chocolate, peanut butter, and fudge, and marshmallows because I feel like, for me, I have this healthy fitness workout side, but I also have this little fat boy that still lives inside of me where I love to eat just a bunch of useless crap. So I kind of have this Dr. Jekyll and Mr. Hyde thing going on.
Brent: Oh, you took the words right out of my mouth! I would also say that mine is a Dr. Jekyll and Mr. Hyde ice cream that was split down the middle with this “screamy” side and then the soft “singy” side. So the screamy side is chocolate with brownies and chocolate chips and the singy side has like—
Chris: Raspberries!
Brent: Raspberries. [laughs]
Chris: Blake’s would be some kind of coffee.
Blake: I do like coffee. I would be fro-yo half-baked because I try to be healthy, but it’s just… I’m just really not. It’s kind of like a… gentle ice cream, and I am a gentle person. 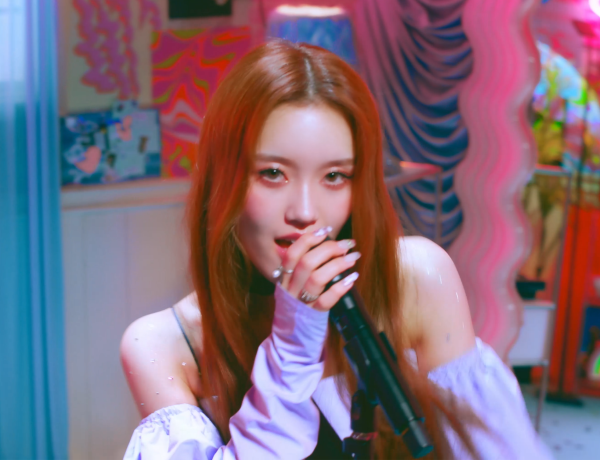