The Dear Hunter was born from the mind of front man Casey Crescenzo as a side project in 2004. Now, almost ten years later, The Dear Hunter has composed five albums, all crafted with their own sound to express the growing talent and creativity of each band member. Casey himself is now making his next move to the Czech Republic this fall to compose his first symphony with the Brno Philharmonic Orchestra. On September 5th and 6th at the Highline Ballroom, The Dear Hunter performed with a string quartet to help construct the intricate orchestral side of this artistic, avant-garde band. Cliché photographer and writer Heather Glock was able to catch up with Casey Crescenzo to explore the decorated history and limitless future of both himself and The Dear Hunter.

Cliché: We were first exposed to the The Dear Hunter by the release of the Dear Ms. Leading demo in 2004. Over the years, Acts I-III were composed, followed by the ambitious release of The Color Spectrum and ending with this year’s Migrant. Should fans expect a continuation of the Acts since it was left off on a cliffhanger or was this the end of the character: The Dear Hunter?
Casey Crescenzo: Well, I would hope that the exhibition of the band doesn’t actually end with Migrant. This most recent album was the first time I really felt all elements in alignment, and this does make me want to continue in a similar tangent, away from the Act records. I haven’t written them off by any means, but I do feel that at this time, I need to continue on this specific path. This also doesn’t mean that the next album would be a Migrant Pt. II… musically it will be just as different from Migrant as Migrant was from the Acts.
At some point I would really love to get on to making Act IV, but it will need to be treated as more of a stand-alone project than the focal point of this band as a band, if that makes sense. I don’t want to hijack the natural progression of the band.

Fans have been speculating that the Acts could be adapted into a visual art, be it a movie, musical, video short, etc. Is that something you would ever consider pursuing?
Absolutely—but realistically this band, and specifically this project, is just not THAT big. There is no way I could secure funding to make something like that happen—even through crowd sourcing, it is such an astronomical number needed that it wouldn’t really be possible. If the opportunity EVER arose, I would jump on it.
This year The Dear Hunter released The Color Spectrum Live, a three-hour concert filmed at the Somerville Theater in Boston. Did you have any concerns going into recording a three-hour set?
Well for one, I was positive I would lose my voice early on. We rehearsed so intensely that I started to warm up in my sleep and wake up my wife. I think the main thing I was concerned with, though, was the curfew—and the fact that if we ran late at all, we ran the risk of not being able to finish—that was incredibly nerve wracking. Somehow, miraculously, we were all scared into playing well! Haha.
Migrant is your first non-conceptual album. Did you face any challenges writing an album that isn’t revolved around a central idea?
My biggest challenge was admitting my flaws to myself, and maintaining transparency lyrically—admitting the flaws to the record, and eventually the audience. Musically it was very liberating—and having the freedom to distance the flow of the record from a plot helped me explore more personal themes and ideas.
Many artists take breaks, branch out to other bands, or write solo records. You took the road less traveled by and chose to write symphony. What made you want to do something so unique, especially at a young age?
Well, I don’t know if it is a young age to write a symphony. Mozart was 8. For me, it is just something I feel a natural inspiration for, and a desire to see/hear completed. I have always had a love for symphonic music, and specifically romantic symphonies/film scores of the 30’s-50’s. More than anything I just hope to grow as a composer.

Over the years, you have done numerous collaborations. What has been your favorite experience so far?
My favorite collaboration, thus far, was with Andy Hull and Manchester Orchestra for the Red EP.  We had only really talked a few times, but we had an immediate connection—and in the studio there was a pretty awesome friction—we are both very strong and stubborn personalities. I definitely hope to revisit that collaboration.
You mentioned during last night’s set that you personally had always wanted to perform with a quartet. What brought it to fruition at this time?
Honestly, it was money. We have never been in the position to afford four extra musicians while allowing the band to afford our bills. This was the first time we could actually make it happen, and we jumped at the opportunity. It was also, coincidently, the first time I felt 100% confidence in my ability to arrange and notate staff music—I don’t really know how we would have made it happen in the past.
Aside from the addition of the quartet, you had some interesting choices of interchanging graphics behind the band, such as a mushroom cloud, a seductively dancing woman, and others. What was the motivation behind the graphics?
We actually had nothing to do with that! It was a very intuitive lighting engineer.
There was some wonderful interaction between the band and the audience during the show. Fans generally connect with bands only through music, but last night there seemed to be something much more. What was it like to share such a personal bond with your audience?
I have always felt an immense gratitude, and love for the friends and fans of The Dear Hunter. The last thing I want to do is put up an unnecessary wall between the audience and the band. Some artists seem to do it in the hope that they will appear mysterious, but it is all just a facade. I am humbled by the support I have been given.
The last song you sang, “The Love,” was haunting yet beautiful, both lyrically and performance-wise with you on stage being accompanied by only the quartet. Why end with such an emotionally stirring song?
It is a very important song to me, and instead of ending the night with humor, or something heavy musically, I wanted to leave everyone with a song that could complete the idea of the night, which was a more subtle approach to the discography of the band. Certain songs like “The Love,” “Progress,” “Cycles,” “This Vicious Place,” etc… they are songs that people wouldn’t really request—but we wanted to show those songs off in this setting—because it allowed them to shine. “The Love” is the most meaningful song I have ever written, and I want people to be aware of it on some level.
See exclusive photos from the set in our Oct/Nov issue! 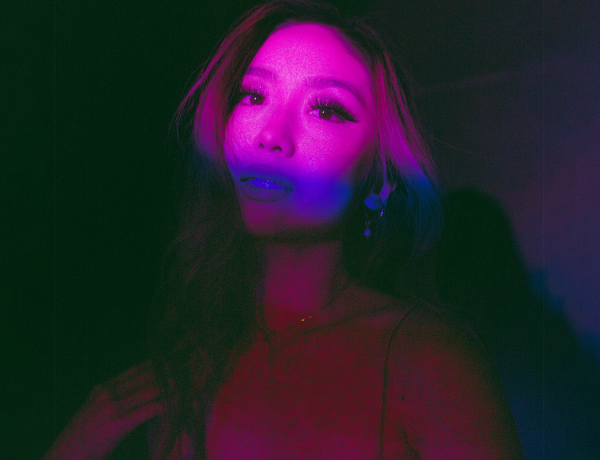 You Need to Try These Wireless Headphones by Bragi