Mishael Morgan, both a gorgeous and talented actress that is known for her role as the vengeful Hilary Curtis from The Young and The Restless, has just hit our big screens. She’s starring in the comedy film Swearnet, which is the perfect film if you’re looking for a great time filled with lots of laughs. In the film, she plays Jamie, the out-of-control Trailer Park Boys’ Public Relations Agent. Being familiar with Morgan’s work in the past, I knew the film would be stellar. Read on to learn about the making of the film and the experiences Morgan had on set.

Cliché: Now that the comedy film Swearnet has just recently been released, can you give us a synopsis of the film?
Mishael Morgan: Swearnet is an outrageous comedy starring the Trailer Park Boys. It’s a mock documentary about the Boys’ attempt to start their own network. The Boys are playing themselves, so adventure and comedy quickly ensue!
Can you give us the 4-1-1 on Jamie and the role she plays in the film?
Jamie is a young ambitious PR rep who randomly meets the Trailer Park Boys at a bar. She is anxious and excited to represent the Trailer Park Boys’ brand and promote their network. Jamie gets the job, but she quickly learns that the Rob Wells, Mike Smith, and JP Tremblay of this mockumentary are just as out of control as their TV counterparts. Fortunately, Jamie has a little sass and she can hold her own amidst the insanity.
Was is easy for you to relate to the character that you played?
I totally related to Jamie because I am always the girl amidst the insanity. Most of my closest friends are some of the funniest and craziest people I know. I am always trying to organize and control situations while my friends have gotten me into some crazy predicaments.
How did you prepare yourself to play Jamie?
I honestly didn’t have to do much. I felt so close to this character that I just had to tap into my truth. I definitely had a lot of real life adventures to pull from.
Did you learn anything new about yourself while acting in Swearnet?
I always learn something from each character I play and Jamie was no different. In short, Jamie helped me embrace my crazy side. I am a really organized, driven, and slightly A-type person, but playing opposite the insanely funny Trailer Park Boys helped me relax and really embrace the fun of the project.

Would you say that playing in a film like Swearnet was a different work experience for you?
Hands down different! The entire cast and crew were so embracing and laid back that I felt like I was shooting a movie with my close friends. I believe that the director plays a huge role in setting this tone and Warren Sonoda was the perfect director for this project! The calm in the eye of the storm. I feel so lucky to have worked with him.

Being that you were surrounded by amazingly funny people during the production of the film, I know you have at least one behind-the-scenes story you can share with us, right?
Yes, countless stories! I first realized that I was on a different kind of movie set when I walked into the read through and the director, Warren, was examining different prosthetic penises for a gag in the film. There was literally a container of “manhood” on the table, I walked in and was like, “Oops, I think I’m in the wrong room.” They all laughed and said, “Nope you’re in the right place!” I started to wonder what I signed myself up for. [laughs] 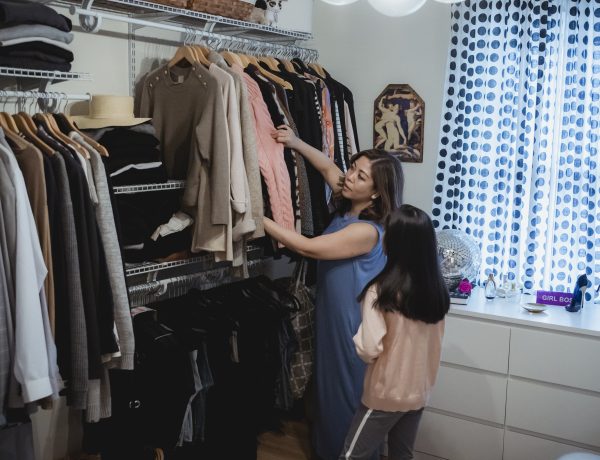 How to Make Extra Cash Selling Your Clothes: 4 Top Tips