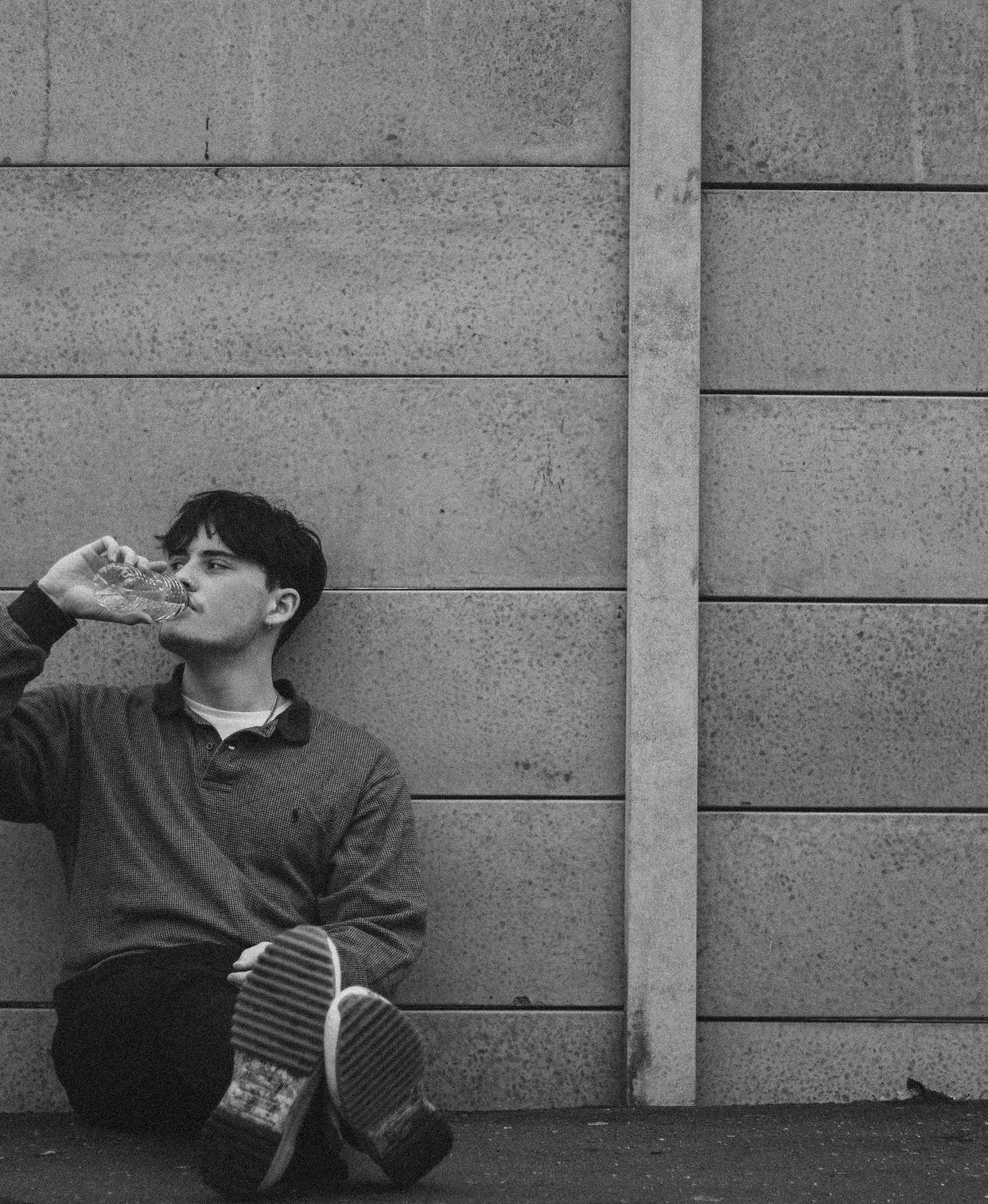 Having enjoyed a broad musical upbringing, Montis has launched his musical career with optimism and ambition. His new single, “Lemon Sugar,” features improvised live sax as the beating heart of the track. In the future, he hopes to get signed in order to be able to better network and collaborate with other artists. For now, he’s dreaming of playing his first set. Listen to “Lemon Sugar” below.

Cliché: Who were your musical inspirations growing up?

Montis: There was always great music being played in my house, artists that I didn’t really appreciate until I was a little bit older. My dad in particular had quite eclectic tastes – he listened to some really good artists, who I’m sure influenced my music, artists like Sade, Dave Brubeck and Kate Bush. My mother is Nicaraguan so I was also exposed to a lot of Latin American music, artists like Manu Chao and Buena vista social club were often playing whenever we had family round. There’s something about the energy and rhythm of Latin music that I found quite infectious and it’s something I wanted to try and incorporate in my own music. More recently I’ve been listening to a lot of Jazz influenced indie music coming out of London at the moment. King Krule, Jerkcurb, Puma Blue, and Oscar Jerome are all great examples.

How would you describe your sound?

I always find it really hard to answer this question, I think that people often put me in with other R&B artists, but I don’t think that my music fits in with any specific genre as such. I tend to use jazz chords in most of my songs and I love using effects which add a vintage feel to the music. Most of my songs are guitar led since it’s my primary instrument, so the guitar has always been a key element of my sound. But actually I think I’m still finding my sound to be honest.

How has COVID impacted your development as an artist?

As is the case for most musicians, it has definitely had both a positive and negative impact on me. I have been able to really focus on getting better as a producer and songwriter. I have also had time to engage with other art forms. A friend of mine introduced me to David Lynch at the start of lockdown and Twin Peaks has become one of my favourite series. I also started looking into some of the street artists in new York in the 80s, Keith Haring and Jean Michael Basquiat for example. I found their attitude towards art so inspiring and it really made me consider the importance of aesthetic in music.  However, I wasn’t able to practice performing the songs I’d written over lockdown which has made me quite nervous about performing live. But there have been a lot of artists who have spoken about this issue which has made me feel a little better about it.

I actually wrote it a long time ago. I produced the demo myself, but at the time I had only just started on Logic. I wanted to sit with it for a while before I released it, I couldn’t say why but it felt like the right thing to do with the song. I have been really lucky because a close friend of mine, Jimmi Herbert (a very talented musician and producer), wanted to help me with the track before I had really figured out the production software I was using.  So I almost had a mentor with the production of this song. I was listening to a lot of Jazz around the time I wrote the track, which is why I wanted to put live sax on it. I approached a jazz saxophonist with the idea that I would just send him the track and that I wanted him to improvise over it a few times and then I would just pick my favourite take. I think this process worked really well, the sax is the most immediately recognisable element of the track. It was also the first time I worked with a visual artist for the cover art, I approached an artist (Poppy Vinciguera) working out of Brighton who coincidentally went to my secondary school. I was really happy with the way it turned out, I think in the future I’d like to work with visual artists much more, whether it be designing merch or something, it’s definitely something which I’ve realised the importance of with the release of “Lemon Sugar.”

I still don’t have one set way of doing things. I’ve not been writing songs seriously for very long to be honest. I usually start with the track and then write lyrics afterwards, but it really depends on the mood. Sometimes I’ll start with a poem and then I’ll make a track with that in mind. I don’t think there’s a correct way of doing things, and I know loads of musicians that have their own way of doing things. For “Lemon Sugar,” I actually had the song finished, and I later went back and rewrote the lyrics because it didn’t feel like they applied as much as they did at that particular point in my life.

How does it feel being an unsigned artist during COVID?

I don’t think it would’ve been a great time for me to get signed, I don’t like to think about it too much though. I’m just trying to focus on getting better as a musician at the moment and hopefully people resonate with what I’m making.

Are you looking for any particular quality in a potential label, or would you want to stay independent?

Now that the pandemic is easing, what are your hopes for your career over the next year?

I want to put together a really special performance. I have enough tracks for a set now, so I want to get together a group of really tight players and put on a great show. Aside from this I would like to have an album out by this time next year at the latest. I have only released singles up until this point, so I feel an urge to work on a coherent, well put together project. An albums album, something you would listen to cover to cover. So many of the albums I love are written this way – To Pimp A Butterfly, Blonde, The Dark Side of the Moon. I love the idea of people taking time out of their day to sit down and listen to a project the whole way through, the way I listened to those albums. I don’t know, maybe it’s a bit optimistic but that would make me so happy. 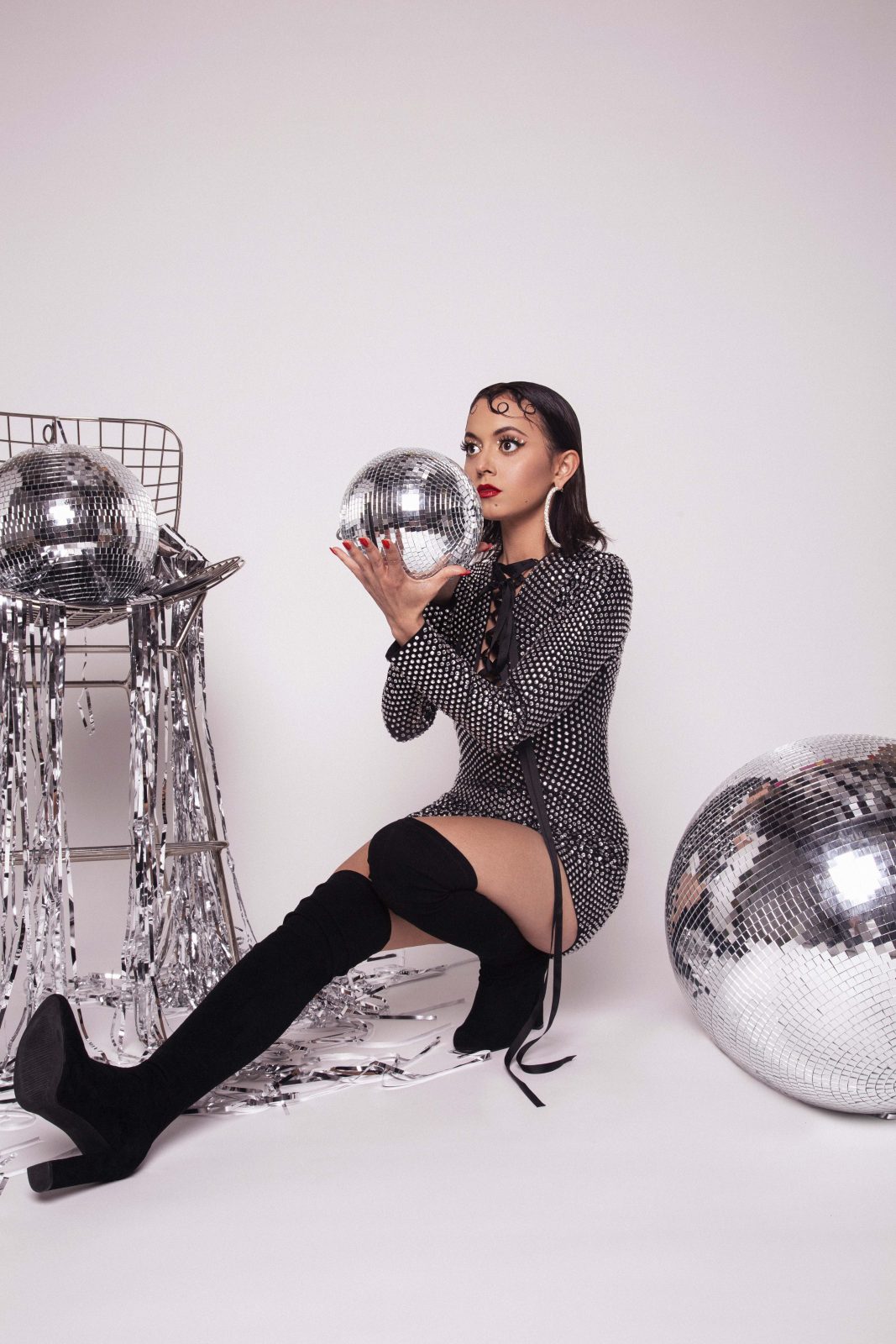