Raphael Sbarge may not be a household name, but he sure has captured a lot of hearts and minds over the years in his many roles. He has proven to be a man able to play a wide range of characters, from a mad man in Criminal Minds, Kaidan Alenko in the Mass Effect series, to the famous conscience Jiminy Cricket in Once Upon A Time. With truly a heart of gold, Sbarge shares his thoughts with us on past and current projects, such as Green Wish and Murder In the First.

Cliché: Unfortunately, your character Jiminy Cricket hasn’t been seen a lot this past season. What do you think Jiminy has been doing in the missing year no one can remember?
Raphael Sbarge: [Laughs] Probably trying to do a lot of therapy with all residents of Storybrooke. I would imagine that Jiminy/Archie was very busy.

Archie’s been transformed, physically, a number of times throughout the series.  How does he feel about being flipped back and further so many times?
He has definitely been bounced around. Look, this is a huge canvas, right? So, they have so many things that they have to balance and I think they are trying to take care of a lot of characters storylines at once. In trying to make sense of Archie’s storyline, I love the fact that he became a Cricket in order to try to do the right thing and find some penance for something that he kind of did early on in his life and his commitment with being a cricket, a therapist, and helping Emma and Henry navigate having two mothers, which is always hard for him.
I think that Archie has been Henry’s advocate and champion. There’s a lot going on with him being a cricket then a human, among various other things. I believe that Archie/Jiminy, ultimately, is always there to do the right thing. I believe that he has with Regina. You know she is both frightening, on the one hand because of how she is, and on the other hand he notices that perhaps with her being shown and given the right kind of care she would be able to move in the right path. So, he’s been there to be kind of the people’s champion in their journeys. But his main connection has always been with Henry and I think that is where he really shines, where I hope he does the most good.

Besides being in Once Upon A Time, you will also be appearing in Murder in the First, a crime- and trial- based show. How is this show going to be different from say Law & Order?
Murder in the First is airing now on Monday nights at 10/9c on TNT. I have been doing it concurrently with Once Upon A Time and I am a regular on the show. It is a Steven Bochco series. He is sort of permanent writer and executive producer in the form of television that is more procedural and cop driven, such NYPD Blue and other icons in the television universe.

He has conceived, with a new young writer by the name of Eric Lodal, a case that takes place over the season. So, it’s one case that we travel with throughout the whole season. He has this incredible cast which is Kathleen Robertson, Tom Felton, James Cromwell, Richard Schiff, and Steven Weber. It’s just an astonishing cast. Steven Bochco has given us all this wonderful opportunity as explorers, as opposed to doing the whole thing in one episode, to do this in over ten episodes. It’s kind of like a long movie.

So, you get to play this detective named Molk assigned to the case. How different is his character from Jiminy?
I play a single dad, divorced, who’s dealing with the pressures of being a civil servant. So, in this case, do I think that Archie could help Molk? Yeah, sure. I think that we could all use a good therapist and someone to talk to. Who doesn’t want someone to talk to? But it is a very different universe. I have gone from the fantasy and magical universe of Once Upon A Time to the gritty reality for a cop show set in San Francisco. It’s a big arc, but as an actor it’s so wonderful to be able to do different things. I did so much work before Once Upon A Time and I will do so much after it. I love being a part of that show, but I am always excited about the variety of things that come my way.

Speaking of the variety of things that come your way, you are also involved with Green Wish, a nonprofit that you helped build and support. Can you tell us a little about why you helped to start this program?
Basically the reason I started Green Wish was in regard to being a parent. My daughter Gracie was born and it’s a magical moment when you are handed your child. You feel connected with everything, sort of one with the world in that moment, and yet at the same time you feel how vulnerable to what the world will bring. I had this profound sense of looking around the world and sensing some real concern for what is happening in the world. It’s pretty intense from the callossing bee population to ice melting and dropping off into the ocean, and so further. There’s so much going on.
I, in a desire to make a difference, come up with an idea, and approached Ed Begley Jr. about it, of creating this umbrella organization that opposed to supporting one group, because there is so much need out in the world, but the definition are all local and green. For example, the chapter in Los Angeles: we support earth, air, water, and sustainable education, but in the various cities that are now opening chapters around the country, we give them the tools to set up their nonprofit in their area. For very little money, they elect their own board, they get free banking from People’s Bank, and from there they get access to all our resources. They then go out to their own area and identify the local community-based nonprofits that really need support. We give them fundraising tools, as well as them finding their own, and 99 cents on the dollar goes right back into their community. So, it’s community-based giving program that goes to green, sustainable projects. We now have chapters spurting up all over the country. As opposed to stumbling around in the dark, this is a way of handing people a lantern to shine a light to bring not only money, but awareness to these community projects.

Wow! Talk about a real life Jimmy Cricket. For more on Green Wish visit their website at www.greenwish.com 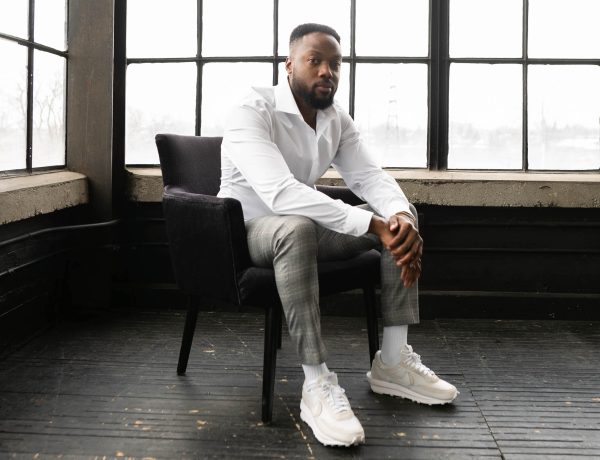