A hustler with a heart of gold or regular Joe Schmoe? Actor Joseph Sikora, known as Tommy to some, gives us a behind the scenes brief on what it’s like being on the hit TV series Power, which is returning for a third season this July.

Cliché: First off, congratulations on the new season of Power!
Joseph Sikora: Yes, thank you! It’s a really exciting season; I’m really proud of it. It was really interesting just how Courtney Kemp Agboh really capitalized on the second season and the tumultuous relationship between Tommy and Ghost, in terms of exploring the topics of family and loyalty and realizing what those bonds are. Sometimes there are these real deep things in your psyche that are existent for most people, but specifically for Tommy and Ghost, they’re reacting out of really old, deep bonds.
Yes, I was actually looking at that [on Instagram]. I see you and Omari Hardwick (Ghost) are actually really close off-screen. I love that dynamic.
Yeah, we are close friends. He’s a special human being. He’s a wonderful, giving man and such a talented actor, but it’s also the other aspects of his daily life. He’s such a great dad and an incredible poet. He’s big on education and does talks specifically with black youth. He’s really a special human being.
So let’s talk a little about your character Tommy. Do you find similarities between the two of you, or are you guys polar opposites?
I think the similarities between me and Tommy are we both tend to be really angry guys and go from 0-60. However, the difference there is that I had six years of therapy and I understand why I get angry and what my triggers are and I own my anger, whereas Tommy’s anger owns him. I think that we are both also very loyal people. I think that even though he does some treacherous things and makes Power almost hard to watch sometimes, his soul is true, his intentions are true, and he’s not a liar, and I think some of those are the reasons why people can’t just say, “Oh, this guy is despicable,” because he has all of these admirable qualities. He’s like a real person; he’s balanced, just like me, just like all of us.
Many fans of the show are obsessed with him.
There’s a multiplicity of emotion in the character, but I get it: he’s a sexy motherfucker, isn’t he? [Laughs] I guess it’s a bit of a turn-on when a guy can protect you and provide for you. I think women see that he’s a strong guy who’s good with a gun and who’s honest and loyal; it seems like a good package. The only thing that’s negating is that he’s a little off. Sometimes I watch and I’m like, “I’d be scared of me.” I’d be scared of that guy.
When you first started acting, did you think you’d be where you are today?
I don’t know. I’ve always thought there would be some sort of success because I wasn’t better than good at anything other than acting. Sometimes when I was acting, I really felt like a vessel. I felt like there was something that wasn’t there before; it felt a little like magic. Something was getting created out of nothing and that happened here with me. I’m proud of Power; I think it’s a great, undervalued show. Sometimes people [see] hustlers, guns, and drugs, and are like, “Nah, I’m not into that,” but I think if people take the time to watch the show, they’ll really see different aspects of their own life.
You have an extensive list of actors you’ve worked with, but is there anyone you’re dying to work with on a dream project?
I would love to play on Brothers with Michael Shannon. The first time I ever saw him act, I was 14 and I was taking acting classes at Piven Theatre Workshop. Mike was doing a play called Killer Joe at the Next Theatre in Illinois and I was just so blown away. I think if I could have any actor’s career, it would be his. He is [not only] one of the most outstanding actors, but one of the most upstanding people I’ve ever come across. I would also really love to work with Phylicia Rashad. She’s amazing. I would love to act with her, but I would also love to be directed by her. I just feel like she has kind of this special, old soul.

If there was any other career you might have chosen, what would it have been?
Well, I’ve always put my name on the list for the Chicago fire department. In Chicago, unlike New York, you have to live in the city to work for the city. So growing up on the far northwest side of the city, my neighborhood was predominately firemen, cops, or city workers, so most of my friends, or at least the people I grew up with, are cops, firemen, or city workers. I figured that I would be, too.
What is the craziest encounter you’ve ever had with a fan?
I think they’re relatively tame; I’ve got to say fans are usually disappointed that I don’t talk and act like Tommy, especially when we are coming right off the series; I’m still in great shape, I still have the haircut, and I think we have a bit of a reciprocal tough swagger. People, especially on the subway, will be like, “Yo Tommy, yo Tommy, that’s my guy Tommy,” and I’ll be like, “Hey man, what’s your name?” and he’ll be “Jim” or something, and I’ll say, “Hey Jim, I’m Joseph.” Yeah, they’re not into that. I’ll start talking and they’ll see that I don’t have a thick New York accent or they’ll be like, “I thought you were bigger,” and I’m like, “Yeah bro, you know, television. I don’t know what to tell you. Sorry.” [Laughs] Then they walk away and I’m like, “Oh man, did I disappoint them?”
What would you say is the biggest downfall with being in the public eye, especially on a show that’s so popular right now?
Almost none. I’m very, very grateful. I love the fans and I don’t mind the attention. I mean, sometimes it’s difficult if I’m trying to shop. The salespeople leave from behind the counter to take a picture or if I’m at the airport and about to miss a flight, the TSA people are like snapping photos and I’m like, “Are you supposed to be doing this? Aren’t you on camera? Won’t you get in trouble?” [Laughs] But to me, those are such slight things. I’m very blessed.
What’s the most influential piece of advice someone has ever given you?
The most important thing is to teach people how to treat you and that’s not easy to do. I’m a people pleaser; I want people to be happy and I’ll go the extra mile to make somebody else happy at my own expense. You have to teach people what your boundaries are. Tell them, “I won’t do that,” or “I won’t sacrifice that much.” You have to love yourself more and put yourself first.
Read more Entertainment Interviews on ClicheMag.com
Joseph Sikora Talks ‘Power’ and His Character, Tommy: Photographed by Quavondo

Entertainment Director for Cliché Magazine. Lover of music, movies and all things food related. Biggest aspiration in life? To be happy.

Building a Life of Her Own: Diana Hopper Opens Up About Goliath, Co-producing, and More 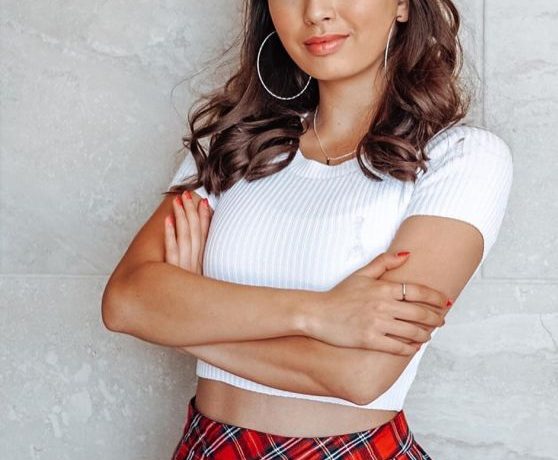 The Best Bags For Summer Getaways