Twenty years ago, Clueless became a surprise hit, scoring almost $11 million during its opening weekend and ranking second on the box office list, behind Apollo 13. Since then, the film has become a classic, even spawning a television spinoff, which starred a few of the original cast members, including Stacey Dash, Donald Faison, and Elisa Donovan, as well as a book series. From the iconic outfits and memorable lines (“As if!”), Clueless has become an iconic film. In honor of this summer’s 20th anniversary, we chatted with Stacey Dash about her experiences on set and what she loves about the film.
Cliché: When Clueless first came out, did you ever expect it to become such an iconic film and still have a fanbase 20 years later?
Stacey Dash: Yes. I think all of us involved knew it was going to be special. It was a great script.
What were your first thoughts when you read the script?
I thought, “This is genius! I have to audition for this; I have to fight for it.”
What drew you to the character?
I loved her. She wasn’t a mean girl, but she was very opinionated and stood strong for what she believed in.
What do you think has made the film become an icon?
It’s very relatable, even today. It can stand the test of time; that’s how good it is.
Do you have a favorite scene or line from the film?
Yes, gym class. “There goes your social life.”
What about your favorite outfit?
I can’t choose just one. Mona May was a genius. We had hundreds of outfits. They were all so good.
You were also involved with the show spinoff. How was reprising the role during that time?
It was different because Amy [Heckerling, director] was not there, and Clueless was her baby. It was her vision, and no one could bring that to life like Amy.
How did your role in Clueless affect your life?
It didn’t. I just had more auditions. I was still a mother and had a normal life. I just had more people recognize me.
How did you become a contributor for Fox News?
It all started with a tweet.
What’s next for you?
I am writing a book due out this summer called There Goes My Social Life. 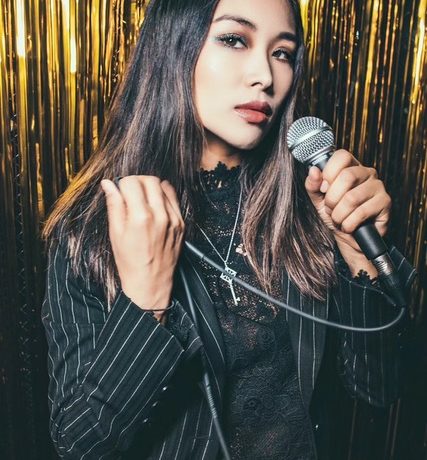 Jett Kwong Explores The Pressure To Succeed in Her New Single, “Away”