There’s nothing better than watching a romantic film that makes your heart ache and has you reaching for a box of tissues to wipe away some stray tears. The film Running For Grace, released August 17th, stars Olivia Ritchie in her debut role as Grace alongside Matt Dillon and Jim Caviezel. Set in 1920’s Hawaii, an orphaned boy named Jo (Ryan Potter) becomes the care of a physician named Doc (Dillon). Using his blazing speed, he delivers medicine to the coffee pickers of the plantation and soon falls in love with Grace, the daughter of the plantation owner. They soon become the true test of a forbidden love being meant to be.

Cliché: The trailer for Running For Grace tugs at the heartstrings. Are you a romantic at heart? What attracted you to play Grace?

Olivia Ritchie: I am definitely a romantic at heart! I totally enjoy romance movies and love songs and all things romantic. I feel like Jo and Grace’s relationship reinforces what I admire about pure and honest love.

I wanted to play Grace because I feel like I have a lot of similar personality traits. Grace is discovering her voice and developing strength throughout her journey. She is always caring for others and learns to stand her ground. I admire those qualities and wanted to advocate for her.

The story revolves around an orphaned boy named Jo and a privileged young girl named Grace. What does the film teach about young love?

There’s such a beauty in young love. It seems so innocent and hopeful with good intentions. Everyone has the capacity and willingness to pursue love if they put their mind to it. The film teaches that it can be worth fighting for. Jo knows he’s meant to be with Grace and will go all lengths to get to her. Love is worth going the distance!

This film has a clear theme of separation of classes and how different both worlds live. What can audiences take away from that?

Even though it takes place in the 1920’s, these themes carry a lot of relevance today. We are still having some of the same conversations and struggling with the same issues this story deals with. I hope that people can come away from it with sensitivity and compassion towards those who are still facing all the rejection that’s happening today.

The film takes place in Hawaii. Did the beautiful setting add to the romantic aura? What was it like filming?

Every day I would look at the scenery and think to myself, “This isn’t real life!!” It was absolutely breathtaking. The beauty definitely added to the forbidden love story. Not only do you root for Jo and Grace’s love story, but I think it’s also easy to fall in love with Hawaii while watching this movie. You so badly want Grace to experience the beauty all around her.

This is your first major feature film. What does this opportunity signify to you? Where do you hope your career goes from here?

I can’t believe I got to work with such a great cast and crew on my first feature film. I couldn’t be more thankful. I want to continue to do films with stories that matter and that I believe need to be told. I hope that I can continue to work with great artists and make films that have important messages!

What do you believe makes a good romantic story?

I love watching romance movies and wondering the whole time, “Will they end up together?” I can get really invested in a story when two characters start to fall in love. I want to see a true love that can conquer any obstacle. One that still remains honest and true to life, but gives me hope that love like that still exists! 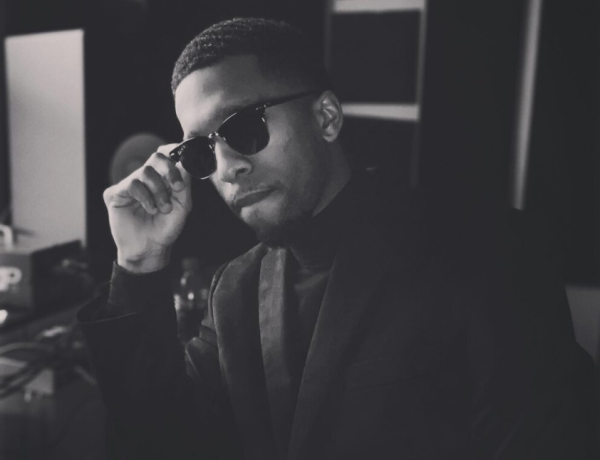 What Exactly Are SNS Nails?

Adam Ambruso Talks About His Role In 'Butterfly Caught' and More