Shauna had to make a life-changing decision on the latest ‘Yellowjackets.’ Sophie Nélisse spoke EXCLUSIVELY with HL about that intense Shauna moment and if she thinks Jackie could forgive Shauna. SPOILERS!

The sixth episode of Yellowjackets was a crucial one. Teen Shauna is well aware that her pregnancy is not ideal while being stuck in the wilderness, so she attempted to give herself an abortion. Teen Taissa found Shauna during the attempt and agreed to help her so she wouldn’t have to do it alone.

In the midst of excruciating pain, Shauna eventually decided she couldn’t go through with it. She cried in Taissa’s arms over not wanting to die but also not wanting Jackie to find out she’s pregnant with Jeff’s baby. HollywoodLife spoke EXCLUSIVELY with Sophie Nélisse about that critical scene, Shauna and Taissa’s bond moving forward, the Jackie of it all, that mysterious flash-forward scene, and her thoughts on whether or not she thinks the baby could survive out there. Read our Q&A below: 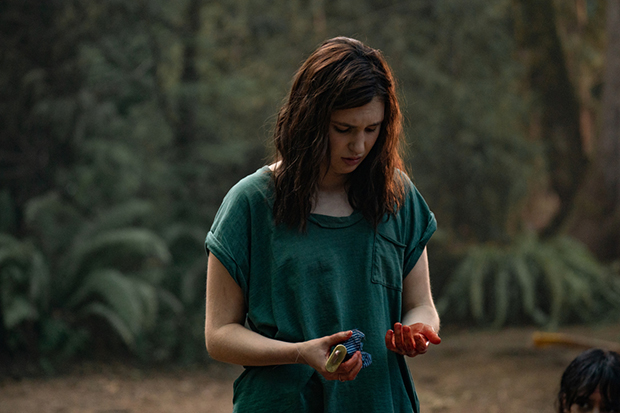 When Shauna decides that she’s going to perform an abortion on herself, what is she more afraid of? Of dying or Jackie finding out?
Sophie Nélisse: I think it’s a mixture of both, to be honest. I think what pushes her to do it is definitely Jackie finding out because I do think she is concerned for her life, but I think in her eyes, even worse than that is losing this friendship that she’s had over the years and also losing the only thing she has left considering they’re in the forest and fighting for their lives. It’s literally the only thing she has. There are also the repercussions that it will have on the whole group,

‘Sister Wives’: Kody Says He Has A ‘Crappy Relationship’ With Christine Amidst COVID Struggles