Summer Britcher: 5 Things About USA Athlete Competing in The Women’s Luge At The Olympics

Summer Britcher is the all-time singles leader in USA Luge history. Here’s everything you need to know about the athlete heading to the 2022 Winter Olympics.

Summer Britcher, 27, is gearing up to compete in the 2022 Winter Olympics in Beijing. She was the first team member to officially qualify for the 2022 USA luge singles team. Her other women’s singles teammates include Emily Sweeney, Britney Ardnt, and Ashley Farquharson. Her former teammate and 2014 Olympic gold medalist Erin Hamlin retired after the 2018 Olympics.

Summer is stoked to be at the Winter Olympics and went viral on TikTok for her commentary on her rooming situation. The Summer 2021 Olympic athletes infamously slept on cardboard beds in Tokyo. However, that is the opposite of the case this time as the beds are adjustable with remotes for maximum comfort. “Not only do we not have cardboard beds here, but it’s as if the Beijing organizing committee said, ‘How can we just absolutely just one up Tokyo?’” She said as she showed off the luxury bed. Now that the athlete is well-rested, here’s everything you need to know about Summer and her chances of winning gold.

1. Summer Has Competed In The Olympics Twice 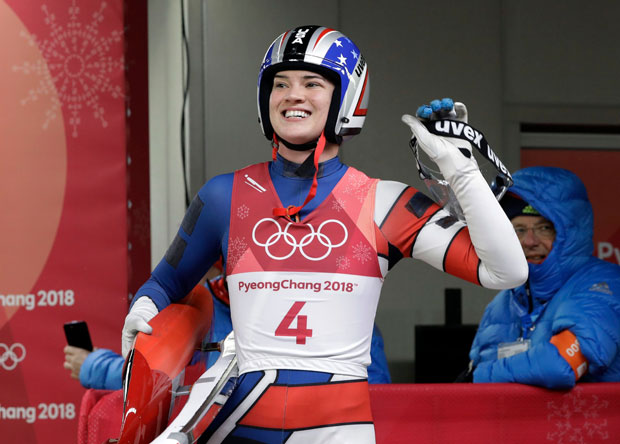 Summer has competed in the Olympics not once but twice before. She first joined the US luge team in the 2014 Winter Olympics in Sochi. She then went on to compete in the 2018 Winter Olympics in Pyeoungchang. Unfortunately, she didn’t place in either but the professional athlete has a good attitude about it.

“I sacrificed so much to get to that point, right? I skipped so many important things of friends and family, always an excuse of,

Britney Spears' Claims She Was Forced to Tour Disputed by Conservatorship