Cooper Kupp: 5 Things About The Super Bowl MVP Who Guided The Rams To Victory

Cooper Kupp is the eighth wide receiver to be crowned Super Bowl MVP. Here’s everything you need to know about the player who brought the Los Angeles Rams to victory.

Super Bowl LVI kicked off Sunday, February 13 at SoFi Stadium in Los Angeles, CA. The Los Angeles Rams and Cincinnati Bengals went head to head in a ferocious game. The Rams had an impressive season with 15 games won and five lost but the Bengals weren’t too far behind with 13 games won and seven lost. Ultimately, the Rams came out on top with a score of 23 to 20.

While there’s always an MVP that emerges to help their team secure the big win, there are also plenty of key players on each side like defensive tackle Aaron Donalds on the Rams and Bengals quarterback Joe Burrow. Last year’s MVP Tom Brady has retired from the NFL and is now passing on the title to Cooper Kupp. Here’s everything you need to know about him. 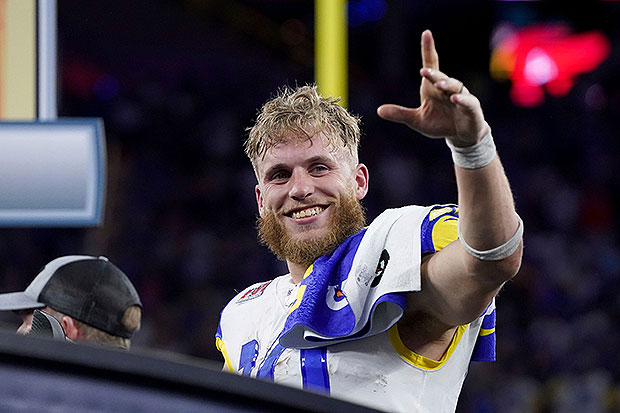 Cooper Kupp helped guide the Rams to victory as the team’s wide receiver. The 6’2″ 28-year-old was recruited on the Los Angeles Rams in 2017 as the 69th overall pick and has been playing with the team for his entire five-year NFL career. He also holds the title of Football Championship Subdivision’s all-time leader in receptions and touchdowns. He’s also a part of NFL’s Top 100.

Cooper is a proud alum of Eastern Washington University.