Christina Wolfe stars alongside Leighton Meester in Netflix’s ‘The Weekend Away.’ Get to know the British actress playing the mysterious Kate in the new thriller.

The Weekend Away is going to be your new Netflix watch. The new film drops March 3 and is the perfect, twisty movie to kick off your weekend. The Weekend Away stars Gossip Girl alum Leighton Meester as a woman accused of killing her best friend, played by Christina Wolfe, during a weekend getaway to Croatia.

So, who is Christina Wolfe? She’s appeared in a number of notable projects before The Weekend Away. From her character in the Netflix film to where she’s from, here’s what you need to know about Christina. 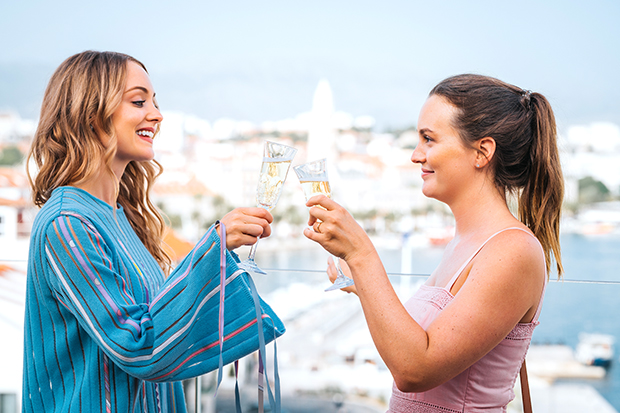 2. Christina is known for her role on ‘Batwoman.’

Prior to The Weekend Away, Christina starred as Julia Pennyworth on The CW series Batwoman. Julia is the daughter of Alfred Pennyworth. She’s also been romantically involved with Kate Kane and Sophie Moore. In season 2, Julia asked for a transfer to Berlin.

How Soccer Teams Across the U.S. Are Honoring Stanford's Katie Meyer After Her Death

The Thing About Pam Cast Dishes About Renée Zellweger's Transformation