Wendy Williams’ ex-husband Kevin Hunter is engaged to Sharina Hudson, the woman he had a longtime affair with during the course of his marriage. According to Page Six, the TV producer bought an $80,000 engagement ring for Sharina as far back as April 2020, and she has been wearing it since then (as evidenced by her Instagram posts). The two share one daughter, Journey, 2, together. HollywoodLife has reached out to Kevin’s rep for comment.

Wendy filed for divorce from Kevin in 2019 after 22 years of marriage. While on Extra earlier this year in January, Wendy called her ex-husband a “serial cheater,” revealing that she has known about his infidelities — and even alluded to Sharina. “Kevin cheated on me while I was pregnant with my son,” she said, referencing their child together, Kevin Hunter Jr., 21. “I didn’t want him to leave me by myself.”

“Kevin was a serial cheater,” the talk show host continued. “Kevin had different mistresses. This last one was the one he had the longest term relationship with.” Her ex-husband seemingly touched on his affair in a 2019 statement issued following their split. “I am not proud of my recent actions and take full accountability and apologize to my wife, my family and her amazing fans,” he wrote, adding that he was “going through a time of self-reflection” and “trying to right some wrongs.” 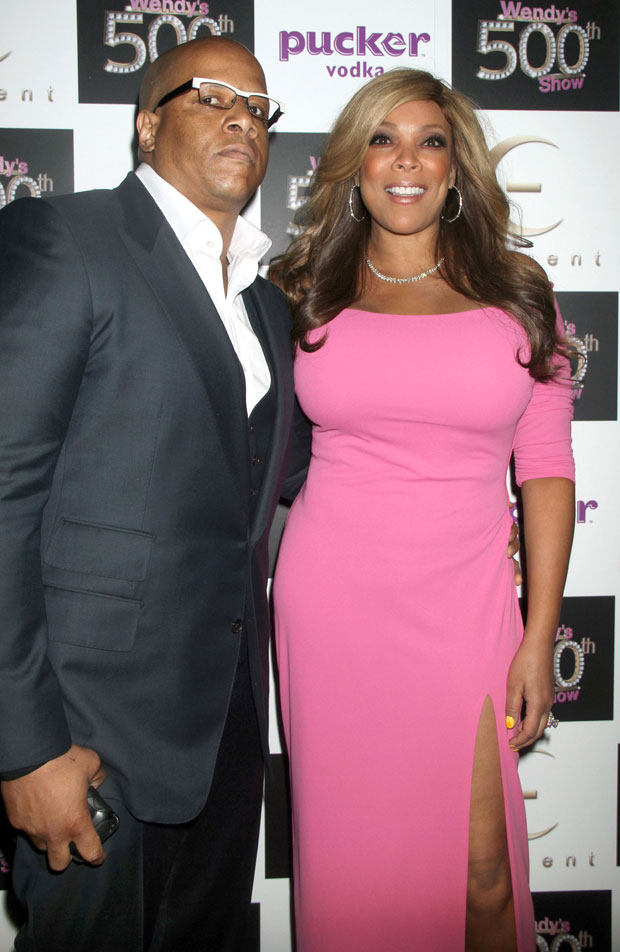 Duke Bootee, Producer Of ‘The Message,’’ Dies At 69

The Most Eye-Opening Bombshells From Katie Couric's New Book, Going There