Wake Flocka Praises “Apple Of My Eye” Daughter Charlie, 15, For Being Comfortable To Come Out

Waka Flocka & Tammy Rivera’s daughter Charlie, 15, came out on a recent episode of ‘What The Flocka.’ The rapper detailed his reaction on ‘The Mix.’

Waka Flocka Flame recently gushed over his daughter Charlie, 15, on the HollywoodLife Podcast, and he did it again on an episode of The Mix. This time, the rapper was reacting to a clip from What The Flocka, in which Charlie asks if she can bring a girl as her date to her Quinceañera. “I was like ok!” Waka told the hosts. “I don’t think, I don’t have expectations because stuff that you’re expecting is never gonna be 100 percent. I don’t believe in 100 percent, I believe in experiences. So, I can’t say I don’t like something or I don’t love something if I never experienced it.”

He continued, “If I approached it like a strong minded male, it would run her away. So, I just followed in my wife’s footsteps and like, maybe just chill and listen to her.” In the clip from What The Flocka, Charlie sits with Waka and her mom Tammy Rivera in the kitchen and asks them about her date for the party. “Okay,” Waka replies, looking over at Tammy with his brows lifted. “Okay,” Tammy says and adds, “See, that was easy!” It was a heartwarming moment that left everyone smiling. 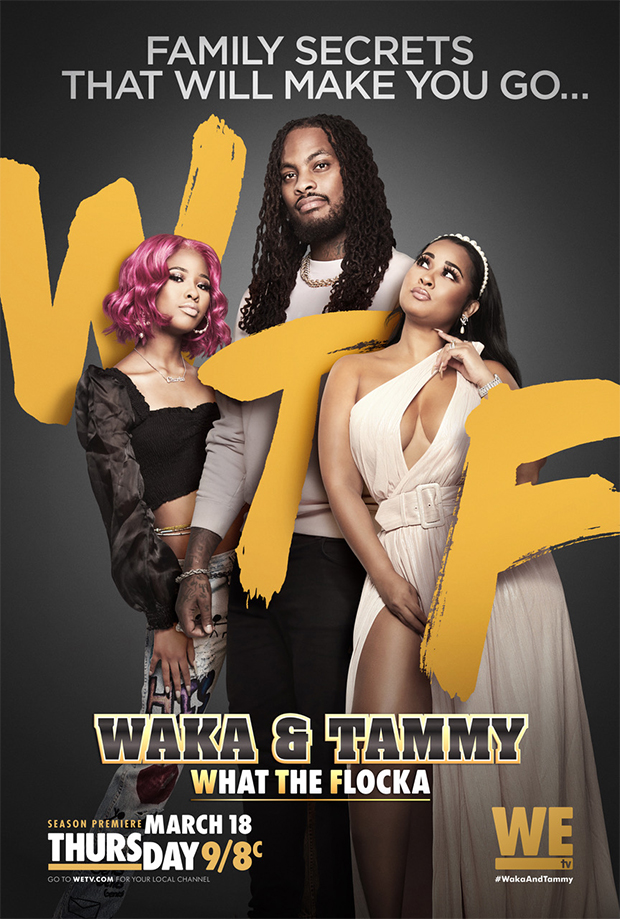 Waka Flocka, Tammy & Charlie on the poster for ‘What The Flocka.’ (We TV)

“She’s so hip, it’s crazy. She dances so well. Charlie is just a huge inspiration,” Waka continued to gush to The Mix hosts. “She’s just the apple of my eye.

The Best Looks from the Grammys

Jessica Simpson Looks Back at "Cruel" Comments About Her Weight

Brett Favre On Quitting Painkillers In '90s, 'I Almost Wanted To Kill Myself'