Model behavior! Vanessa Hudgens looked in her element as she strut down the runway in sheer lingerie for Rihanna’s Savage X Fenty Vol. 3 fashion show.

Vanessa Hudgens can now add model to her résumé following her catwalk on the Savage X Fenty runway. The actress, 32, sizzled in sheer white lingerie with lace detailing on stage for Rihanna’s lingerie fashion show, set to stream exclusively on Amazon Prime Video on September 24. Her runway look was completed with plenty of jewels, including layered necklaces and earrings, as seen in photos from the fashion show HERE. 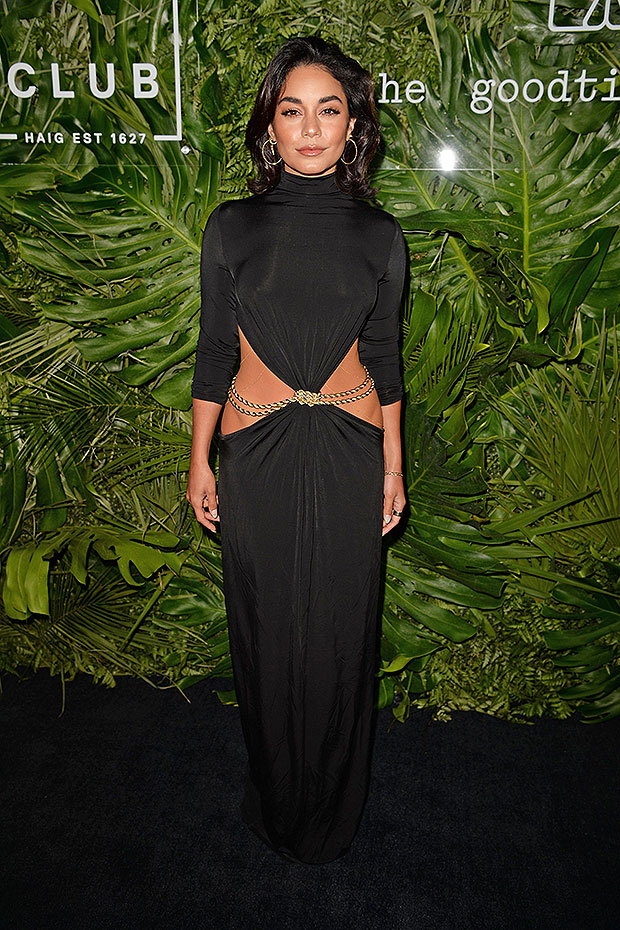 Later, the actress looked in her element as she strut down the runway alongside a topless male model as Daddy Yankee performed on the stage. Among the other models involved in the show taped in downtown Los Angeles on Thursday, Sept. 2 was Emily Ratajkowski, fresh off maternity leaving after giving birth to her son Sylvester Apollo Bear in March.

The third installment of RiRi’s annual show with Prime Video, “Savage X Fenty Show Vol. 3” will showcase the newest size-inclusive pieces from the singer’s lingerie brand. Per the press release, the show will combine “fashion, dance, music, and iconic architecture” while highlighting “subtle” yet “impactful scenic elements, lighting, and filming techniques.” It has been described as a “celebration of body and movement.”

Rihanna offered a first look with a trailer last week (below), in which she dons a sequin blue mini dress and matching thong. The Savage X Fenty founder debuted Vol. 1 of the show back in 2019. It featured performances by DJ Khaled,

Shaun White Attends First Oscars With a Super Adorable Plus One