‘The Voice’ Winners: Where Are They Now? — Update On Champions From Seasons 1-19

‘The Voice’ season 20 is here! The show is celebrating its 10th anniversary with its milestone 20th season. Take a look at the winners from the very first season all the way up to season 19.

The Voice is finally back! Season 20 premieres March 1 with Blake Shelton, Kelly Clarkson, John Legend, and Nick Jonas ready to turn some hopeful singers into the next big thing. It’s hard to believe it’s been 10 years since The Voice premiered. Over the course of the latest installment, contestants will be guided by the four coaches and one lucky talent will be crowned the new winner! The Voice became a major fan favorite when it first debuted in April 2011, crowning Javier Colon the very first winner with coach Adam Levine by his side. With two studio albums to his name since his win, Javier is just one of the 19 winners who have gone on to pave their way in the music industry. Before the premiere of the new season, we’re looking back on the other winners and what they’re up to now! 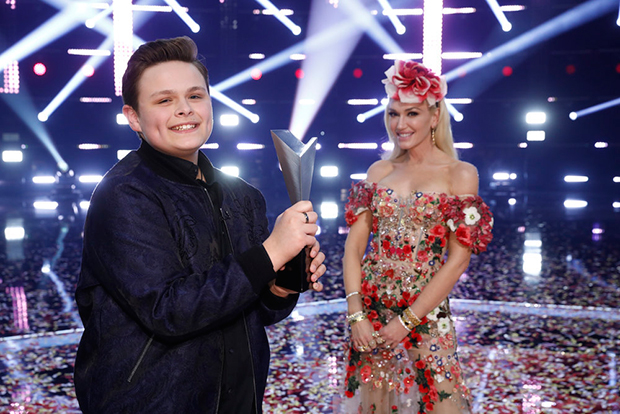 Carter Rubin with coach Gwen Stefani after their win. (NBC)

Season 19 ended with Carter Rubin being crowned the new winner of The Voice with coach Gwen Stefani. Carter made history as the youngest male winner of the show at just 15 years old. When HollywoodLife spoke EXCLUSIVELY with Carter after his big win, he revealed that he was already thinking about “possible albums.” He added, “I have a few songs I am working on, and I do want to get in the studio one day and record them.

New Orleans Dispatcher Accused Of Hanging Up On Callers

Meghan Markle Suggests She was Under Total Control of Royal Family