Season 11 of Teen Mom 2 had a frustrating ending for Kailyn Lowry, 30. The mom of four got into a tense argument with show producers on May 10’s episode which resulted in Kail believing she was going to be booted from the show and then flipping producers off. The drama went down as the reality star got ready to record her Baby Mamas No Drama podcast with co-host Vee Rivera, 28. The MTV camera crew was with her and she decided to air out her frustrations when she learned that the show’s executive producer, Larry Minsk, was there supervising. 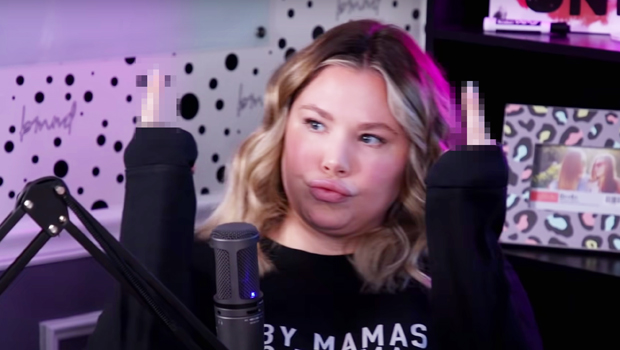 “Everything that I do is like, babysat and watched. Like, they’re hounding me to talk about my baby dads, but where’s Leah [Messer] talking about Corey [Simms] and Jeremy [Calvert]?” she asked. “I don’t want to give you the stuff that I’m doing when I’m not respected in the same way as them and then you guys want me to elaborate on this like Javi [Marroquin] and Kail possibly getting back together. Like come on now. Why would I wanna film that?” She then claimed she was about to be fired from MTV.

However, after hearing her frustrations, Larry stepped in to respond to her comments about fellow Teen Mom star Leah. “I do think we’ve watched Leah and the guy thing evolve,” Larry noted. “I know you brought that up earlier. Where are Jeremy and Corey?” Kail stood her ground and repeated her issues, saying, “Y’all don’t hound anybody about their baby dads the way that y’all talk to me about mine,