‘Stranger Things’ Finale: A Fan-Favorite Dies In A Devastating Sacrifice

The Hawkins crew decides to take up arms against Vecna once and for all before he kills one more person in the final 2 episodes of Stranger Things season 4. Vecna’s clock chimes 4 times, and he’s just one kill away from completing his plan of infiltrating the real world in a more destructive way than ever before.

Eddie and Dustin team up together for a key component of the Phase 3 plan in taking down Vecna. In order to distract the Demobats away from Steve, Nancy, and Robin as they attempt to get into the Upside Down Creel House, Eddie gets his rock star moment in the Upside Down. 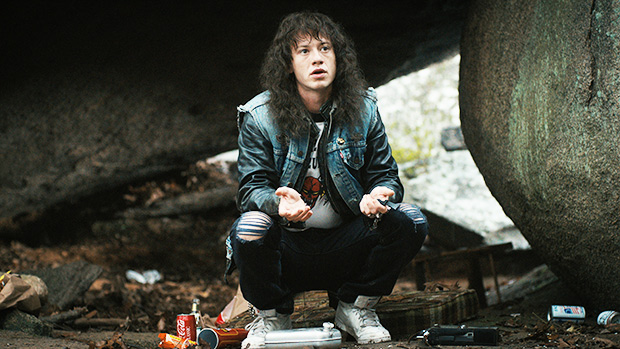 “Chrissy, this is for you,” Eddie says before jamming out on his guitar to Metallica’s “Master of Puppets.” Nancy, Robin, and Steve are able to move into the Upside Down Creel House as Eddie plays on. “Most metal ever!” Dustin yells at Eddie after they get back inside Eddie’s trailer.

Suddenly, the Demobats get through a vent in the trailer’s roof. Eddie uses his trash can shield to close the vent. Unfortunately, there’s another vent in the trailer. Dustin manages to climb out of the Upside Down and is just waiting on Eddie to join him.

Eddie begins to climb up but stops himself. He decides to sacrifice himself for his friends and Hawkins. He cuts the rope and stays behind, all while Dustin is begging Eddie to stop. Dustin doesn’t leave Eddie in the Upside Down.

Say Goodbye To Chlorine-Damaged Hair With This Summer Hair Savior

Who Do You Think “A” Is on Pretty Little Liars: Original Sin? You Tell Us!

Why You Should Invest in Amazon PPC