After losing her mother on the Jan. 16 episode of ‘Sister Wives,’ Janelle Brown starts reflecting about whether or not she still wants to be in a plural marriage with Kody.

Janelle Brown and Kody Brown have had different views about how strict to be with COVID protocols throughout this entire season of Sister Wives. Janelle even spent Thanksgiving away from Kody when she and her kids decided they would not be able to comply with his rules. Her feelings about the difficulty of this situation came to a head during the Jan. 16 episode, as she began questioning whether or not she was still happy in her marriage.

“I’ve caught myself in the last few weeks reflecting and being like, ‘Do I still choose plural marriage?’” Janelle told Robyn Brown. “Yeah, i still choose it, but I’ve had to have this conscious decision with myself.” In a confessional, she added, “I’ve had to really think — my children are almost grown and there’s not a huge necessity anymore to stay. It was a wonderful way to raise children. But with Kody and I right now, our relationship is pretty strained. It’d be really easy to walk away.” 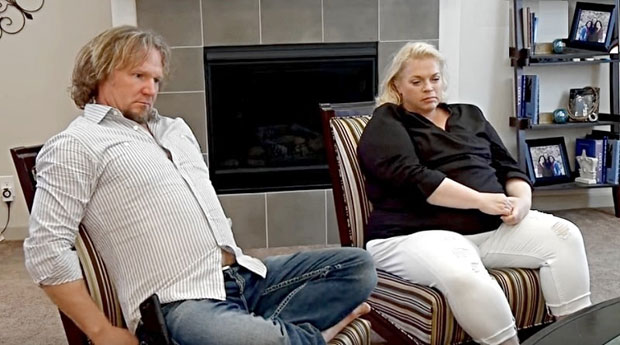 COVID has taken a toll on the entire family. While Robyn and Meri Brown have agreed to stick to Kody’s strict COVID rules, Janelle and Christine Brown have been living their lives a bit differently. Like Janelle, Christine has been open about how she disagrees with Kody’s stance on the situation, and she also began wondering if she should leave. “What I hope polygamy to be when I was younger ended up being something very different from what I actually lived,” she admitted.

‘And Just Like That’ Recap: Miranda & Che Heat Up & Carrie Reaches Out To Samantha

Bette Midler Claps Back At Virginia Governor After State Speech: ‘His Dog Would Be A Better Governor’