In part two of the one-on-one interviews with Kody Brown and his wives on ‘Sister Wives,’ Christine opens up about where her and Kody’s relationship stands now.

Christine Brown clarified the status of her relationship with Kody Brown during a one-on-one interview on the Feb. 6 episode of Sister Wives. Her clarification came after Robyn Brown said that she didn’t officially consider Christine and Kody divorced. “Technically, in my head, they’re not, but I don’t know,” Robyn admitted. “Because their marriage was done by our church officials and they haven’t granted them a divorce, but I don’t know.”

However, Christine said that she doesn’t care about a blessing from the church. “In our church, polygamists can leave,” Christine explained. “They’re not trapped. They can leave if they want to leave and it’s not working. They have to go through proper channels and stuff, but they can get a release. Well, I haven’t been a member of that church for a long time. I left a long time ago. I just have no interest in the church, so to me, the ecclesiastical authorities and stuff…I don’t really care. I just think that God’s fine if I just want to be happy. So for me, to have someone else tell me whether or not my marriage is over, I’m just like…no. I don’t really need that.” 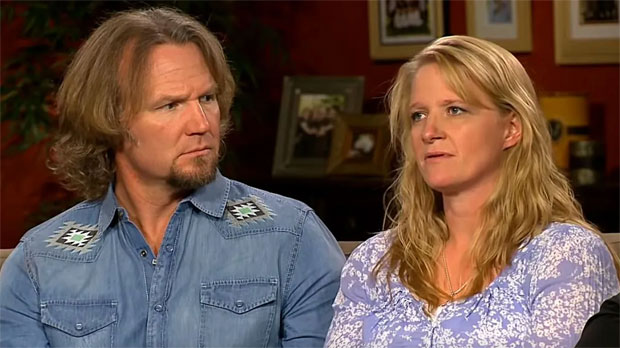 When asked to confirm where her relationship with Kody stands, Christine added, “Kody and I are divorced. We’re completely separated.” Christine and Kody were never “legally” married, but had been in a spiritual marriage since 1994 until their split in 2021.

Paul Pelosi: 5 Things About Nancy Pelosi’s Husband, 82, Who Was Arrested For A DUI

Jennifer Lopez’s Kids: Everything To Know About Her Twins Emme & Max

‘American Idol’ Recap: 2 Artists With COVID-19 Move On To The Top 5

Jennifer Garner Hilariously Shares 1st Kiss Story: ‘He Broke Up With Me The Next Day’