On the Jan. 2 episode of ‘Sister Wives,’ Christine Brown’s annoyance with Kody was taken to a new level as she and her kids made the decision to spend Thanksgiving elsewhere.

The members of the Brown family decided how they would be spending Thanksgiving 2020 amidst the coronavirus on the Jan. 2 episode of Sister Wives. While Robyn Brown and Meri Brown both agreed to stick to Kody Brown’s safety guidelines ahead of the holiday, Janelle Brown and Christine Brown said they would not be able to. Janelle, Christine and their kids made separate Thanksgiving plans, while Meri and Robyn decided to spend the holiday with Kody.

Christine and her daughters decide to travel to Utah to spend Thanksgiving with her daughter Aspyn. Christine left the decision up to her daughters, but Kody was still clearly upset. “They’re all saying they want to get back together, but Christine has made it clear to me now that she’d rather be with Aspyn and Mitch than me,” he said in a confessional. “And Janelle is indicating by her actions that she’d rather have [her sons] around than me.” 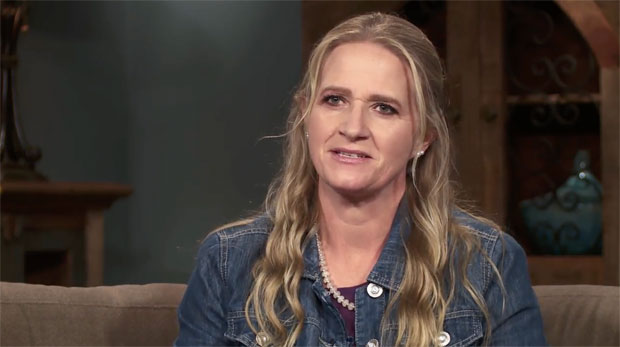 Christine Brown on the Jan. 2 episode of ‘Sister Wives.’ (TLC)

In a conversation with all four wives, Kody added, “I’m not telling you guys how to live your life anymore. You guys are independent women. I would ask you to seriously consider a much bigger picture — the picture that I have to see. No guilt trip, just a little prick to your conscious and you guys decide what to do. I’m not going to tell this family how to do it. I’m going to lead the way that I think is the right way.”