Another season of ‘Sister Wives’ concluded on Feb. 20, and this week, Christine Brown revealed her plans for the future after leaving Kody and polygamy in the past.

After Christine Brown confirmed that she was “divorced” from Kody Brown on the last episode of Sister Wives, she opened up about what’s next during the show’s Feb. 20 finale. As the cast continued one-on-one interviews, Christine revealed that polygamy is no longer in her future. “I don’t want polygamy, that’s for sure,” she confirmed. “Part of the reason I’m leaving is because I don’t believe in it for me anymore. God’s like, ‘You did it. You can go. Check!’”

Meanwhile, Kody expressed his frustration toward Christine, accusing her of making two different statements about polygamy both on and off camera. “She told me once she hated plural marriage and this lifestyle,” he explained. “She’s living two lives. She’s promoting it, talking about how much she loves plural marriage and all this stuff and how she wanted sister wives and not a husband, but at the same time, she’s telling ME she hates plural marriage. The mistake I made was not saying, ‘I’m sorry, I love you, and I validate what you’re saying.’” Kody admitted that even he was starting to question the polygamous lifestyle amidst his issues with Christine. 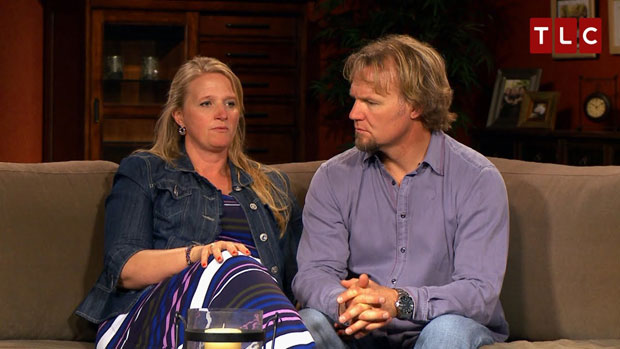 Kody’s other main issue with Christine was that she was telling the other wives and some of the children in the family — behind Kody’s back — that she wanted to leave him and move back to Utah. “I’m like, ‘Why am I in the dark here?’” He wondered. “We’re supposed to be taking care of our kids who like living here [in Arizona] and she throws it out like it’s something simple and easy,

Why Lexi's Takedown of Nate in Euphoria Has Us Feeling Conflicted

Madonna, 63, Looks Like Her 90s Self with Blue Eyes & Contoured Makeup & Fans Are Here For It