Sharon Osbourne & The Talk: What You Should Know About The Controversy

Learn more about Sharon Osbourne’s recent exit from ‘The Talk’ and the events on the CBS show.

Sharon Osbourne was a regular co-host on the CBS daytime series The Talk for more than 10 years, appearing in over 2,200 episodes. But in March 2021, the longtime co-host and TV personality, 68, announced that she would not be returning to the series. So what led to this decision? And why has did it create shockwaves on the set and become a major talking point on social media? Take a look at the comprehensive breakdown of the events below. 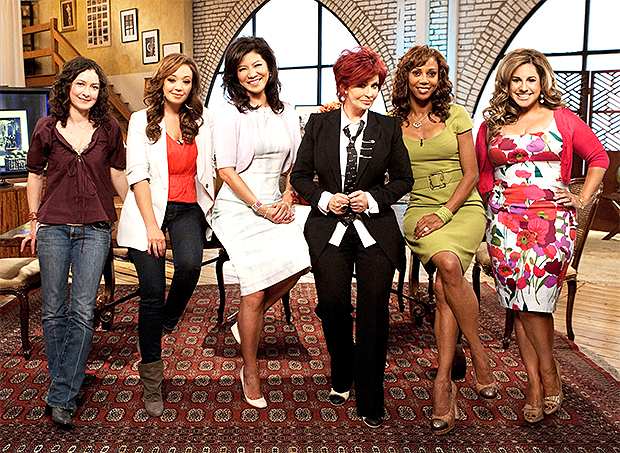 Sara Gilbert, Leah Remini, Julie Chen, Sharon Osbourne, Holly Robinson Peete, Marissa Jaret Winokur on the season 1 set of ‘The Talk’ in 2010 [CBS].Former co-hosts from The Talk came forward with allegations of racism and bullying in their interactions with Sharon. Holly Robinson Peete, was one of the more recent former co-hosts to come forward about her interactions with Sharon. “I’m old enough to remember when Sharon complained that I was too ‘ghetto’ for #theTalk…then I was gone,” Holly tweeted on March 12. “I bring this up now [because] I was mortified watching the disrespectful, condescending tone she took w/her co-host, who remained calm & respectful because…she HAD to,” Holly explained, referencing the March 10 episode that will be discussed in greater detail below.

Holly was on the show as a co-host at the same time as Leah Remini, who reiterated the type of environment she had to work in. “Sharon thought me and Holly were ‘ghetto’… we were not funny, awkward, and didn’t know ourselves,” Leah wrote in 2012, per Variety.