Selena Gomez celebrated the premiere of her ‘Baila Conmigo’ music video with a dance party on Jan. 28! She shared a cute clip of herself and a gal pal dancing to the Spanish track in matching sweats!

Selena Gomez rang in the premiere of her “Baila Conmigo” music video with a makeup free dance party (and cake!) on Thursday night! The hitmaker, whose new track is part of her first ever Spanish EP, showed off her stage moves alongside one of her girlfriends in a cute clip on Instagram Stories. The duo performed the choreography from the official music video, which dropped at midnight on January 28.

Selena, 28, and her unnamed gal pal sported fresh faces while they danced around in matching “Brooklyn” sweats. The singer rocked a BK sweatshirt, while her friend donned the brand’s shorts. Meanwhile, another unidentified friend sat on the floor behind the dancing pair.

Earlier in the night, Selena and Co. celebrated with a cake that read “Baila Conmigo” (obviously). The group sang along to the track while Selena stuck her two hands in the colorful treat while laughing and licking the icing on her fingers. “Celebrating! yes… we still ate it,” the actress wrote on top of the video, in reference to the destroyed dessert. 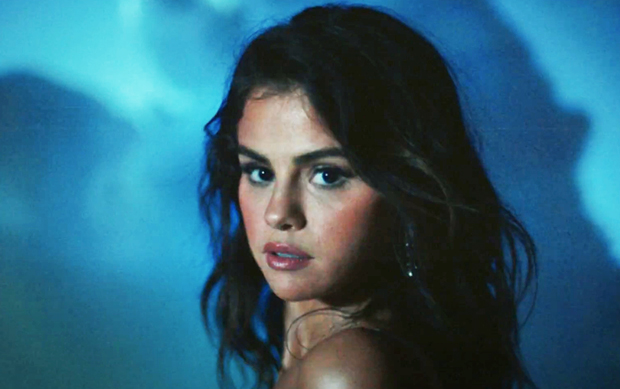 “REVELACIÓN, my first ever Spanish EP, is out March 12,” Selena wrote on Twitter and Instagram on January 27, alongside the EP’s presumed cover art. The Spanish EP may include Selena’s other track, “De Una Vez,” which she released earlier in January 2021.