Saweetie just rocked the sexiest ‘Catwoman’ costume in a new Instagram video and brought a special guest along for the ride!

“Saweetaween” is here! Rapper Saweetie sported the sexiest black leather costume on Friday, Oct. 29 ahead of Halloween, channeling Halle Berry‘s 2004 movie Catwoman. The “Tap In” hitmaker had on a reimagined version of the actress’ iconic look, featuring a black leather bra, criss-crossed straps across her midriff, slashed-up leather pants, long black gloves, and a saweet cat mask to match. CHECK OUT THE VIDEO HERE!

To make the post even better, the Catwoman herself popped in for the video, making an iconic cameo as she checked out Saweetie’s look. After the two shared an intense stare down, Halle eventually approved of the impersonation, with Saweetie leaping off the roof at the end of the clip, Catwoman style. “Had to put on for the best Catwoman to ever do it,” Saweetie captioned the post. 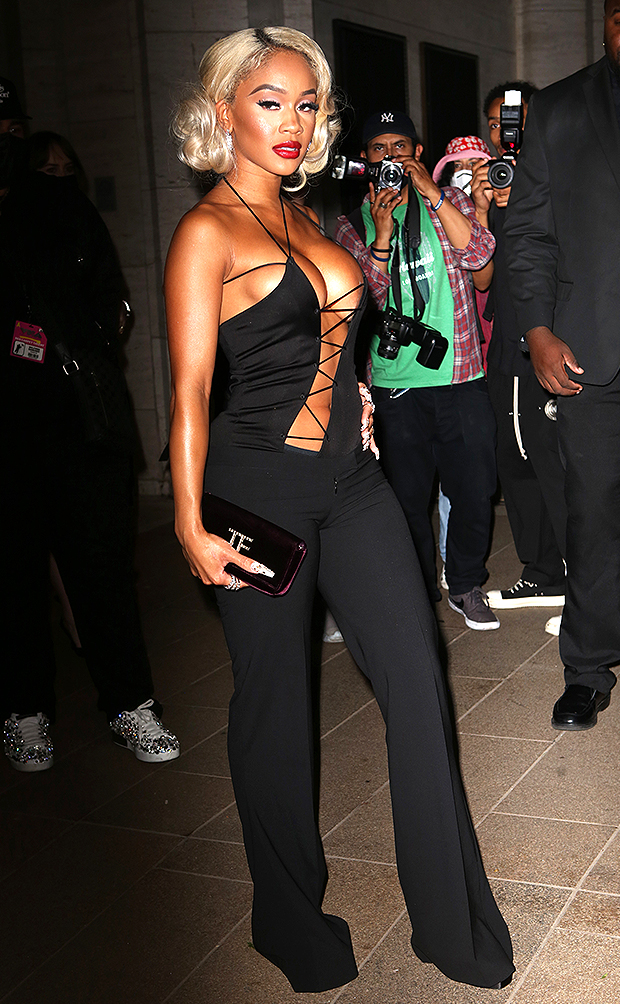 The Catwoman love came shortly after Halle posted on Twitter about fans now taking to the 2004 flick which, when it came out, didn’t go over so well with critics. “I’m seeing all the Catwoman love, everybody. Where were you guys 17 years ago,” Halle joked. Lucky for Halle, Saweetie brought the star and her iconic role out to be celebrated!

I’m seeing all the Catwoman love, everybody. Where were you guys 17 years ago 😂 https://t.co/NI8oKeKsDT

Saweetie has been looking better than ever these days since declaring her “single” status after splitting from boyfriend Quavo,

Madonna, 63, Is Sexier Than Ever In Marilyn Monroe Inspired Shoot For ‘V’ — Photos