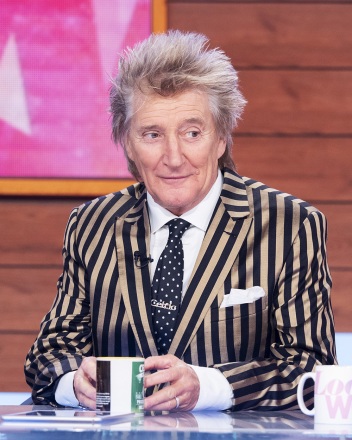 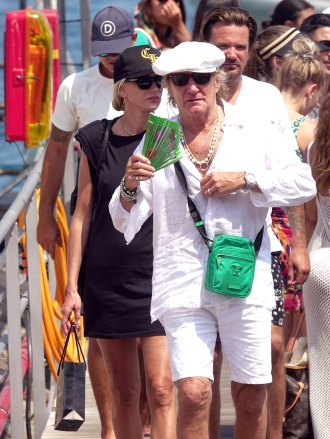 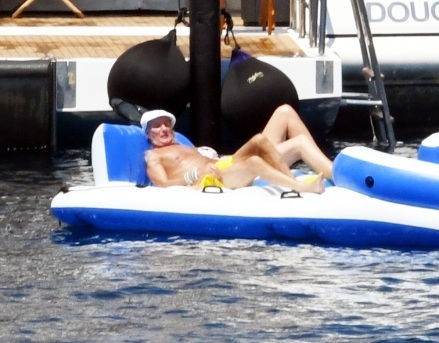 Sir Rod Stewart beat the Italian summer heat by dressing in all white on Saturday (Aug. 6). The 77-year-old rocker sported a snow-white linen shirt with matching shorts, flat cap, and sneakers while out and about in Capri, Italy. Sean Stewart and Kimberly Stewart joined their father for this outing. Kimberly, 42, opted for a black minidress and baseball cap, while Sean, 41, seemed to be the fashion middle-ground between his father and sister, dressing in black paisley-print shorts and a white t-shirt. Together, the Stewarts spent some quality time together before rejoining the rest of the clan. ‘ 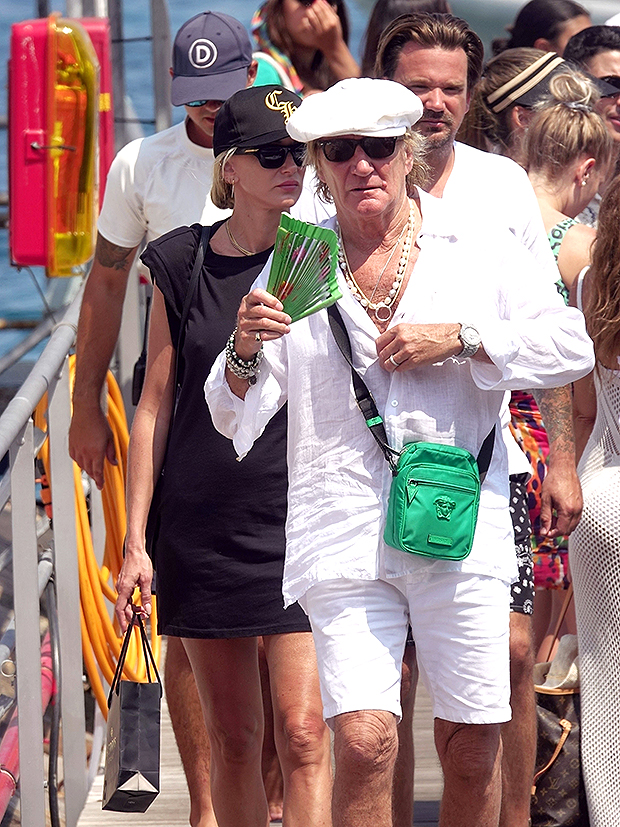 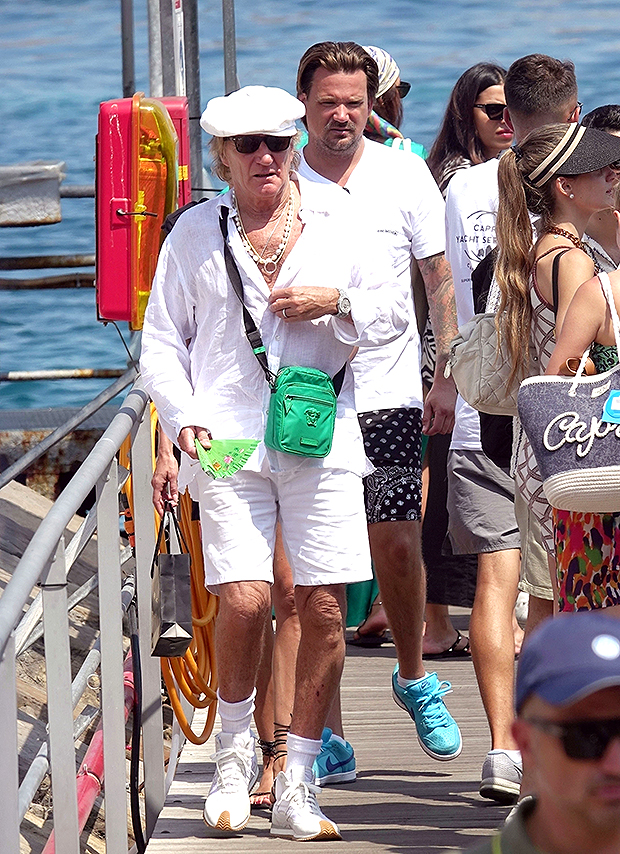 Rod is in Italy along with his wife, Penny Lancaster, and seven of his eight children. Penny, 51, shared a group photo on Aug. 1, featuring her, Rod, Sean, Kimberly, Alastair Stewart, Liam Stewart, Aiden Stewart, Ruby Stewart, and Renee Stewart. “Stewart Clan comes together,” Penny captioned the photo. Days later, she shared a photo of her with her stepdaughters — Ruby, 35, Renee, 30, and Kimberly – on a series of Italian steps. Rod would also join his daughters for a photo on the steps, and the family resemblance was undeniable. A few days after these pics, Penny posed with Sean, Alastair, 16, Liam, 27, and 11-year-old Aiden for a “sunset with the lads” portrait.

Kimberly and Sean’s mother is Rod’s first wife, model, and actress Alana Stewart. Ruby’s mother is model Kelly Emberg, who Rod dated from 1983 to 1990. Rod and model Rachel Hunter welcomed Renee in 1992 and Liam in 1994.

Most Memorable Moments Of The 2020 Virtual DNC