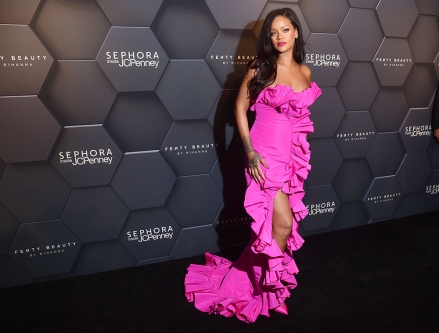 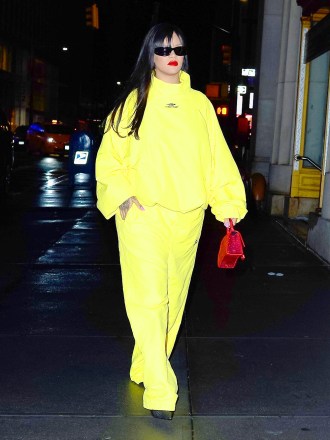 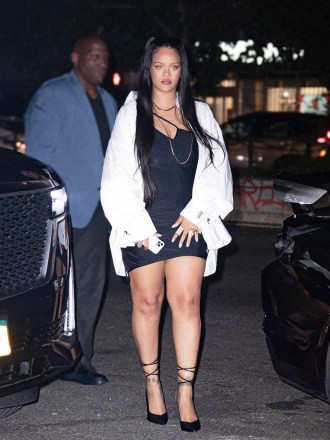 Rihanna, 34, was spotted on the way to a recording studio in New York City on Sept. 21. That night, the Fenty Beauty founder’s jet-black tresses were also looking longer than ever as they draped down her body during the outing. Her extra-long locks were parted down the middle and accessorized with her black sunglasses on top of her head. The beauty opted with placing one-half of her tresses in front of her shoulder while the other half flowed behind her. 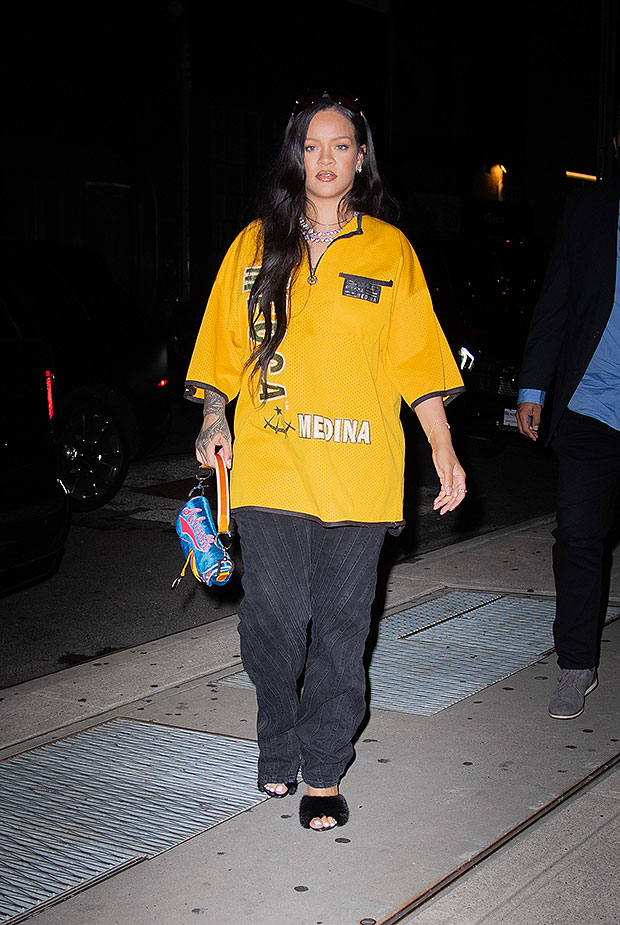 Rihanna rocked extra-long tresses while out in NYC on Sept. 21. (WavyPeter / SplashNews.com)

Riri was also seen rocking an oversized vintage yellow jersey from Mecca Medina and a pair of baggy black jeans. She was clearly in full-vintage mode since she carried an adorable retro Dior velvet purse, which resells for over $4,000, according to The Daily Mail. The “Diamonds” singer completed her fashionable look with a pair of raven-hued fuzzy open-toe heels. And of course, Rihanna never forgets her jewelry! The Savage X Fenty designer wore several gold chain necklaces, diamond stud earrings, and a slim gold bracelet. Finally, the mom-of-one opted for minimal makeup for the evening with a brown shiny lip and gold-toned blush.

The stylish NYC recording visit comes just one week after Riri and her boyfriend, A$AP Rocky, 33, were both spotted at a recording studio in Los Angeles. And three days later, the power couple was inspired to jam out together for a third time in the same city! The handful or recording sessions are sure to create even more anticipation for new music from Rihanna,

4 Popular Celebrities That use Psychics