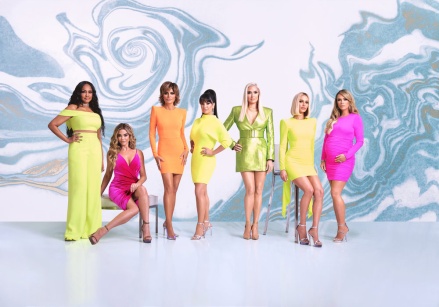 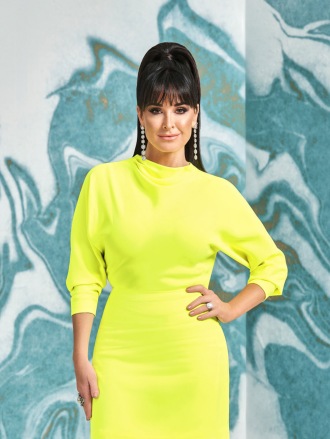 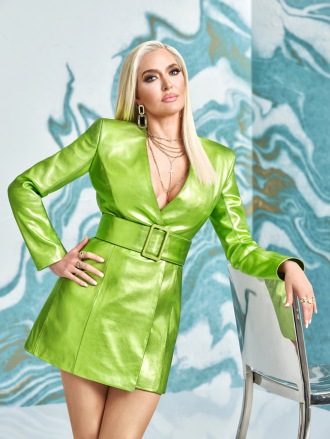 Diana Jenkins hasn’t wasted any time fitting into the real drama behind Real Housewives of Beverly Hills. The series newcomer, 49, revealed in the June 15 episode of the Bravo hit that her decidedly glamorous life took a hit back in 2009, when she published a coffee table book full of artsy photography — including some seductive photos of Ashanti and Lindsay Lohan. The images provoked rumors that she was running a “secret call girl ring,” according to a screengrab from a Jezebel article from 2012, per the episode.

“All these rumors started,” Diana revealed during an episode confessional. “It was like an offense of my character.” The book, titled Room 23, was apparently also suspected of being a “catalogue” of high-end clients and call girls. Diana claimed that the fallout was more than just disruptive to her life.

“It’s very, very dangerous.” the Neuro Brands maven said of the situation at the time. “All you need to do is leak a bunch of fake rumors and you can actually destroy somebody’s life.” After Diana called it a “painful time,” an RHOBH producer joked, “So you’re not an international sex trafficker and madam of high-class prostitutes?” Diana laughed and slammed the rumors as unbelievable. “It’s honestly so ridiculous that I can’t even believe, actually, that it caught on,” she said.

And of course, ultimately “truth prevailed,” she said. But that didn’t stop it from being difficult. Wednesday’s episode didn’t only reveal Diana’s troubles,

20 Stars At The Beach During Winter: Alexandra Daddario & More

Charlie Sheen’s Kids: Everything To Know About His 5 Children With Denise Richards & More